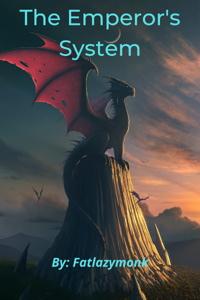 Around an hour ago, back on earth.

"Doctor, I have tried every laxative known to man, but I still can't take a shit!! Doctor, it feels so awful, please help me...I'm willing to try anything right now!!" A pale middle-aged man pleaded with his doctor.

"Hmm..." The doctor seemed to be hesitating a little, but when he saw how desperate and in pain his patient was he sighed heavily and took a large bottle out from the cabinet.

"After your check-up last time I have tried looking for alternate solutions, but none of them are feasible in a short amount of time, and as I've told you, if you don't use the stool within the next two days you will suffer heavy internal damage! Which is why I've prepared this as a last resort!"

While speaking the doctors kept staring at the bottle with fear!

"I'm willing to try anything doctor, please, tell me what this is!" The desperate patient said.

"This is animal laxative, to be precise this is the laxative used for elephants, rhinos, and hippos. Just a drop of this will cause any one of these animals to empty out their guts violently! So I will suggest you use extreme caution while using it!" The doctor then tensely handed over the bottle.

The patient also grew fearful, what a terrifying medicine, no, this thing can no longer be considered a medicine, this was poison!!

At this moment a hand appeared out of a dark vortex and received the bottle from the doctor, then the hand retreated back into the vortex, but not before it said, "Buddy before you wreck that area beyond recognition, try a stick..."

The doctor, as well as the patient, were dazed, what the hell just happened? But this didn't last long since a man rushed inside while yelling.

"Doctor!! I've been waiting for ten minutes now! Do you even plan on doing your job!!" The person saying this was wearing an expensive suit, with nicely combed hair and a hand resting on his face...wait that's not right, it was that hand from before that appeared out of thin air and was slapping him in the face!!

"Damn, that was satisfying, it never feels right unless I slap someone!!!" Then the hand went back into the vortex, vanishing!

In another world, far far away.

"Hahaha!!! I did it, after years I've succeeded in creating the perfect grade-increasing talisman!! With this, I can increase the efficiency, potency, or power of any pill, weapon, or artifact!! And by studying the talisman I might even succeed in making another one just like it!!"

How could the man not be happy, he had worked years toward this one goal and finally he had created it, and even though it was a fluke, who really cared? The results are what mattered anyway!

That's when he saw it, a hand stretching out from a dark vortex, the hand then began to form signs with its fingers, any person could tell that it was preparing a horrific attack.

Then just as the man was warily guarding against the attack, another hand appeared beside the talisman and snatched it away.

The creator of the talisman saw his precious creation being stolen out of the corner of his eye and immediately launched an attack toward the hand holding the talisman, but sadly he was too slow, by the time his attack had landed both hands had vanished back into the vortex.

But then a piece of paper floated down in front of him, desperate and slightly curious the man grabbed the piece of paper and opened it, and it read.

'We gods have never done anything to you, why do you curse us so? Sigh, little one let me give you a word of advice, duck!!'

But before the man could even understand what the letter meant a hand appeared beside his face and smacked him away.

What Nick purchased was a laxative that could affect even those in the immortal king realm!! Why did he buy something so powerful to handle a stupid driver? Because it was super cheap and the system didn't sell any weaker laxatives, only stronger ones.

The Old geezer used the talisman he had just obtained on the Laxative he got back on earth and increased its potency to make it so powerful that it could affect an immortal King realm expert!

[Laxative x- A strawberry flavored laxative that will feel good going in, as for going out...A drop of this can cause immortal king realm experts to cry, and two drops of this will make them beg for mercy, as for any more...god bless them.]

This was the description of the Laxative Nick purchased.

Back in the palace.

"Son...this wine doesn't taste much like wine...where did you say you found it?" The Emperor couldn't help but ask.

"Ahh...deep, deep, way deep into the woods father, it was so hidden that I figured it must have been something precious to the owner!! But of course, I don't need to tell you that father, an expert like you can definitely tell the wine's value after only one taste!!" The anxious prince spoke out words of flattery instantly.

The Emperor immediately felt a surge of pride, that was right, he was a wine fanatic, with one taste he could tell this wine was incredible...well, he couldn't, but he wasn't going to admit to that after his son praised him like that.

"Hmm, incredible wine son! Its texture sips into the taste buds like, like, what do you call it, like something with texture. The aroma enters the nose, like something with a nice aroma! Oh, and the sound it makes when you swirl it in the glass, I've got to say, this is the best sounding wine I've ever tasted!!"

The Emperor made an attempt to sound like a real wine fanatic, but in truth, he was just someone that enjoyed drinking wine, he really didn't care about any other superficial things.

The third prince nodded solemnly, he too wanted to be as knowledgable about wine as his father was one day.

"Your majesty, I bring grave news, the imperial city is being invaded by naked people! The guards and soldiers cant attack them due to the fear of touching their naked bodies!! We are being overrun!!" A general hastily barged in and informed the Emperor of the crisis they were facing!

The Emperor was stunned, what was going on in this world! Naked people were invading his city? If this became known to the surrounding Empires he would become a laughing stock!

The third prince was also stunned, he had heard and seen what happened at the gate, but he didn't think that things would go this far, what were the guards doing over there?

The Emperor felt like he had lost a lot of face today, so he didn't bother answering the general as he instead flew out of the palace at a terrifying speed, heading over to see the madness for himself.

But what he saw when he arrived horrified him! Countless naked commoners and low-level cultivators were streaming in through the city gates as they danced, laughed, and hugged each other in a jovial mood.

"Hahaha, we can finally see the city with our own eyes!! I can't believe this, somebody, pinch me!"

"Ahhhh not there, I didn't mean pinch me there!!"

"Hey, look, not only do we gain free entry into the city if we're naked, but we also get the honor of having the Emperor welcome us personally!! Hey, do you think the Emperor is here to look for a suitable concubine?" Some random person said.

"Look your majesty I have three of them!!"

"Shut up!! That's disgusting!! Less is always better! Look you're majesty, I only have one breast!"

Nick who was parked a little further away, enjoying his maser piece vomited a little, these people sure were scary!!

The Emperor was furious as he roared out in rage, " Stop! Pompoowpawpangpew!!"

Silence! His words were scary at first, but what followed was the sound of heaven shaking farts and tiny brown particles falling from the sky.

"What! Pawpewboompap!!!!! The fuck! Taatpoowpewpaw!!! Come out! Puupwewpawpoow!!!" The constipated Emperor couldn't even string proper words together!

Having had enough of the disgusting Emperor Nick ordered Peter to drive away! What was wrong with man?!! Why would he do such a thing in a crowded area?!! Or was he perhaps warning the naked people that he could be crazier than they were?!!

The naked people that were celebrating just a few minutes ago slowly backed out of the city!! They had met their match...

Ding! Hidden mission, attack an Emperor whose cultivation is higher than yours, accomplished!

Bio: I love animals, and those that hate dogs are my enemies. Beware, cat lovers!