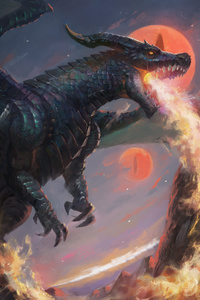 Suicide missions were called that for a reason. In this case, namely, we were channeling and launching an earthquake on top of us, as powerful as could be. We were at the epicenter, where the ground was constantly deciding to be somewhere else at high speed.

Sky promptly took flight, flying high, going up, up, and away, speeding towards the angels.

Night bit off what he was going to say, as Sky was clearly ignoring him.

I really, really wanted to try and heal some angels. See them up close and personal. Maybe talk with them? Get a few feathers?

“Bulwark. Toxic. Dawn. Escort Priest Demos to the walls, and attempt to secure them. Sealing. Hunting. Brawling. Nature. On me. We will strike at the Queen while she is weakened. We shall ensure our victory.”

I opened my mouth to argue, to advocate for me getting to see the angels, then closed it. It was right for me to head back. I would be a massive force multiplier among the soldiers defending themselves, while I’d barely be a help here. Sure, I might pull someone from the brink of death, but I might also end up being a liability where they were going.

All Sentinels were equal, but some – namely Night – were more equal than others. I wasn’t going to start arguing here and now. Not when it was such a coin flip.

“Hang on.” Destruction said, holding his hand up. We paused.

“I keep notifications on.” He said, unable to hide a smug grin passing over his face. “And with that little stunt just now, I hit level 520.”

Holy – I whistled and clapped like everyone else did. He’d just gotten what, a eighty levels in one go or something absurd like that?

“Turns out, you get your 3rd class at 512 like we were thinking. I’d love to grab a class now, but since the experience stays and I need to do some thinking on what to grab, I’m going to delay.” Destruction said.

There was some grumbling at the announcement – we all wanted to see him grab a third class, to see if there was anything special about it.

“Do wish I could sleep though, or grab a nap. My [Sleep Storage] skill only goes so far.” He grumbled.

The four of us on the “return and defend” team grouped up, while the strike team grabbed what they could, getting the lion’s share of the remaining supplies, then started running. They needed to do a long loop – the earth was split, forcing them to detour. Katastrofi couldn’t make the gap.

Watching Destruction work on his own, when he wasn’t channeling a skill, was quite something. It was like Artemis on steroids. Artemis, if she had unlimited mana. Pebbles kept levitating themselves around Destruction, then firing away in every direction like grapeshot, leaving dozens of Formorians dead and twitching behind him. An uncountable flurry of stones were whizzing around him, creating a deadly shield that would shred anything near him.

Almost all regeneration. He could keep this up for hours, and that was after he’d unleashed a massive earthquake.

I mentally shook my head. Sentinels. Crazy powerful, the lot of them. Which had me eyeing Priest Demos, who’d pulled off a stunt nearly as crazy and as strong.

“Miracles, eh?” I asked Priest Demos, keeping my footing through the shaking earth. Like, mid-earthquake wasn’t really the time for a casual chat, but like, what else was I doing? Well, besides rapidly finding religion. All praise… who again?

He closed his eyes.

“A lifetime of service, of devotion, all for this one moment.” He said. “It wasn’t for this moment. It wasn’t with ulterior motives that I worshipped the God of Conquest. It just felt right. He rewarded me with the ability to see lies so many decades ago, touched me in a manner similar to Papilion’s touch on you, although different in so many ways. Then it came to now, came to this moment. I begged intervention. The temple back in the capital also had worshippers beg for intervention. Finally, the god decided to intervene. It comes at a significant price to his divine power. Angels come from faithful mortals that are selected and asked to join. Those that died are forever gone. The god will need centuries, if not longer, to recover from this intervention.”

“Lastly. I’m not going to make it.” He said, and at that, I leaned forward, touching him, making sure he was fully healed. Only a few points of mana left, which I surmised was from how banged-up he’d gotten – we’d all gotten – in the earthquake.

“No Dawn – eh, Elaine. This is my time. See. My old friend White Dove has come to take me away.”

I’d be dammed if there wasn’t a white dove now sitting in one of the branches of a downed tree. I eyed it somewhat unhappily.

I’d initially taken to White Dove/Black Crow being a superstition until I’d been visited by the specter of Black Crow on the pirate ship. I still kept falling for the “but it’s just a folk story”. One day I’d stop making that mistake.

Ok, no, that was going too far. Cookies couldn’t live. Maybe they could be puppetted by someone else – that was all too easy to believe – but being alive? No way.

Black Crow I’d fought hundreds of times, with each patient I’d pulled back from the brink, with each life I’d saved. White Dove? She was a whole different kettle of fish. She came to those who were at peace with death, who were ready to go.

What did I do?

I was sworn to help, to heal, to fight off death, to do grim battle with Black Crow over lives. To shoo him away, to give people more time under the sun, to let them see another dawn. If Priest Demos was suicidal – a fairly common case for White Dove to show up, as the stories went – it’d be easy. Sit on top of him, talk him out of it.

But he wasn’t. He simply knew his life was at an end, and was happy to take the grim reaper’s hand, and walk onto the next step of his journey, the next chapter in his…

“Elaine. Do not worry about me.” Priest Demos said, locking eyes with me, giving me a kindly, grandfatherly smile. “I assume your healing beacon is still on. Listen. Take my hand, so you know you did all you could, so you don’t need to worry about what happens next.” He said, offering me his hand. I took it.

“You’ve grown up to be a fine man. I couldn’t be prouder. I would never imagine the kid I sheltered from the streets to become the man you are today. Be at peace. Marry that woman. Name a kid or three after me.” He said, cracking a grin. Bulwark cracked one right back.

“Alright, just for you, I will!” Bulwark said, wrapping Demos in a hug.

I let go of his hand, to better let Demos and Bulwark say goodbye.

“I don’t know what haunts you so. If it is atonement and absolution you seek, I can give it to you. If it is penance, I can also give it to you. Go forth, and do good in this world. Do good, until you believe you have done more good than harm. Go out, and improve the lives of your fellow man, however you best see fit. One day, the scales will be balanced, then tip back towards you, and you shall know peace.”

That short little speech seemed to lift thousands of pounds off of Arthur, as he wrapped the Priest in a large, fierce hug.

“I will. I will.” Arthur sobbed. Bulwark and I exchanged a glance, a silent vow to never mention his crying.

“Right. I do believe my time is up. Elaine, if you would do the honors?” Demos said, holding out his hand again. I took it again, my heart racing, my palms suddenly sweaty.

I just realized that this could go terribly wrong for me. If I somehow kept Demos alive through the attentions of White Dove, I’d have the literal grim reaper mad at me – possibly going after me.

It didn’t stop a nervous lump from forming in my throat as Demos faced the white dove – White Dove – and spoke to it.

“I do believe my time has come, and I am ready.” He said.

There was no fanfare, no trumpets, nothing.

Priest Demos simply dropped dead from perfect health while holding my hand, while my healing was pulsing through him, without me spending a single point of mana.

So ended the tale of Priest Demos, a boy who loved the gods, and was loved in return by them. A teenager, who’d been visited by one god in particular, touched and blessed by him. A young man, who’d taken up a blue class in the name of his god. The high priest, who’d guided and mentored dozens of other god’s touched in the decades, nearly two centuries that he’d lived. The man who’d taken kids off the street, sheltered them, given them life and meaning and purpose. And lastly. Humanity’s great savior, who’d called down a miracle in our hour of need.

Such was the tale of Priest Demos.

Short chapter, sorry. Making it any longer would've taken away from the moment. I'm not going to get in the habit of making short chapters.

Or you can help pay my rent, which is a MUCH more direct way of keeping things going! Sign up for Patreon! Buy a book!

PS: Signing up for Patreon gets access to all book ePubs. 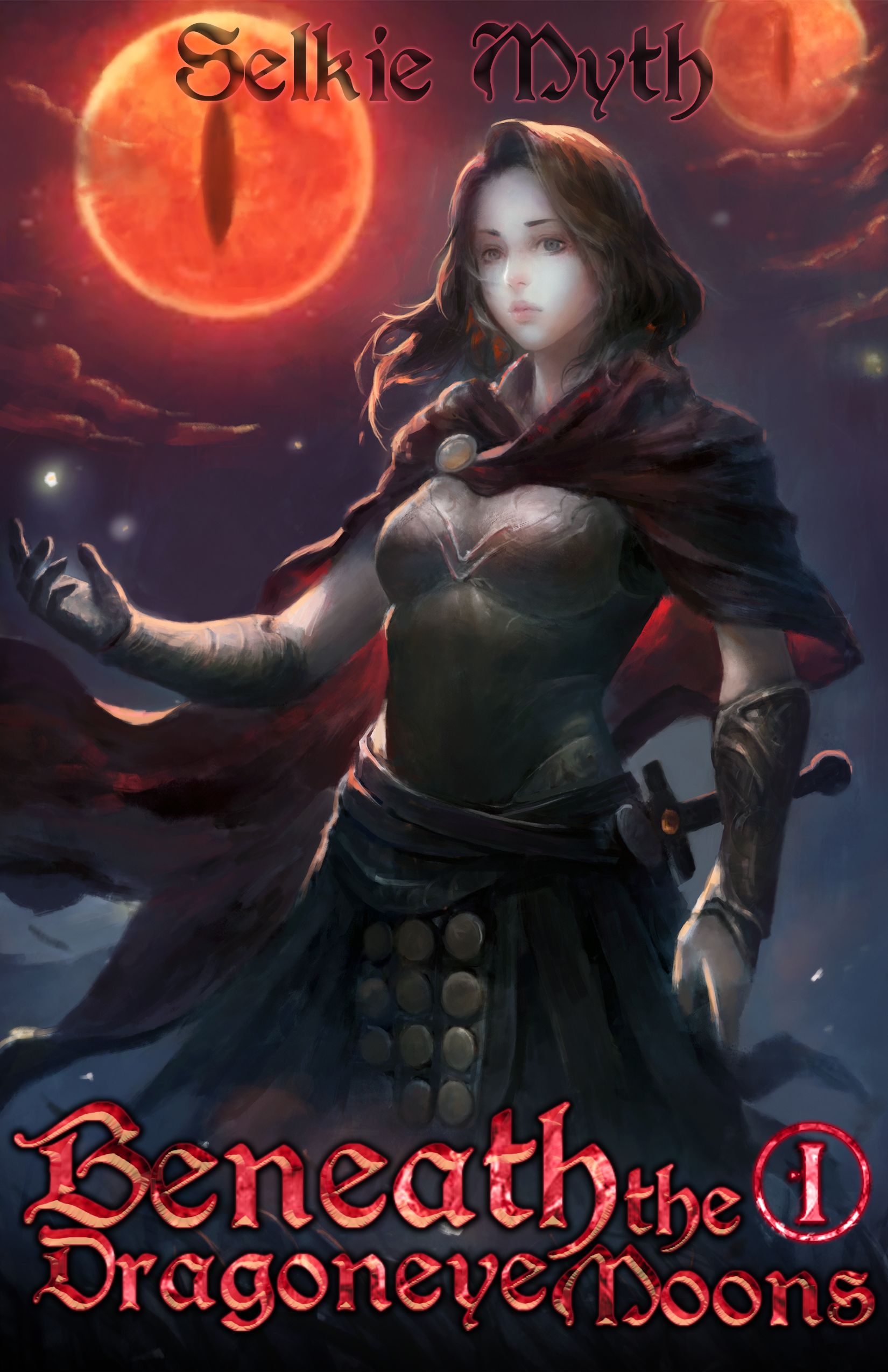 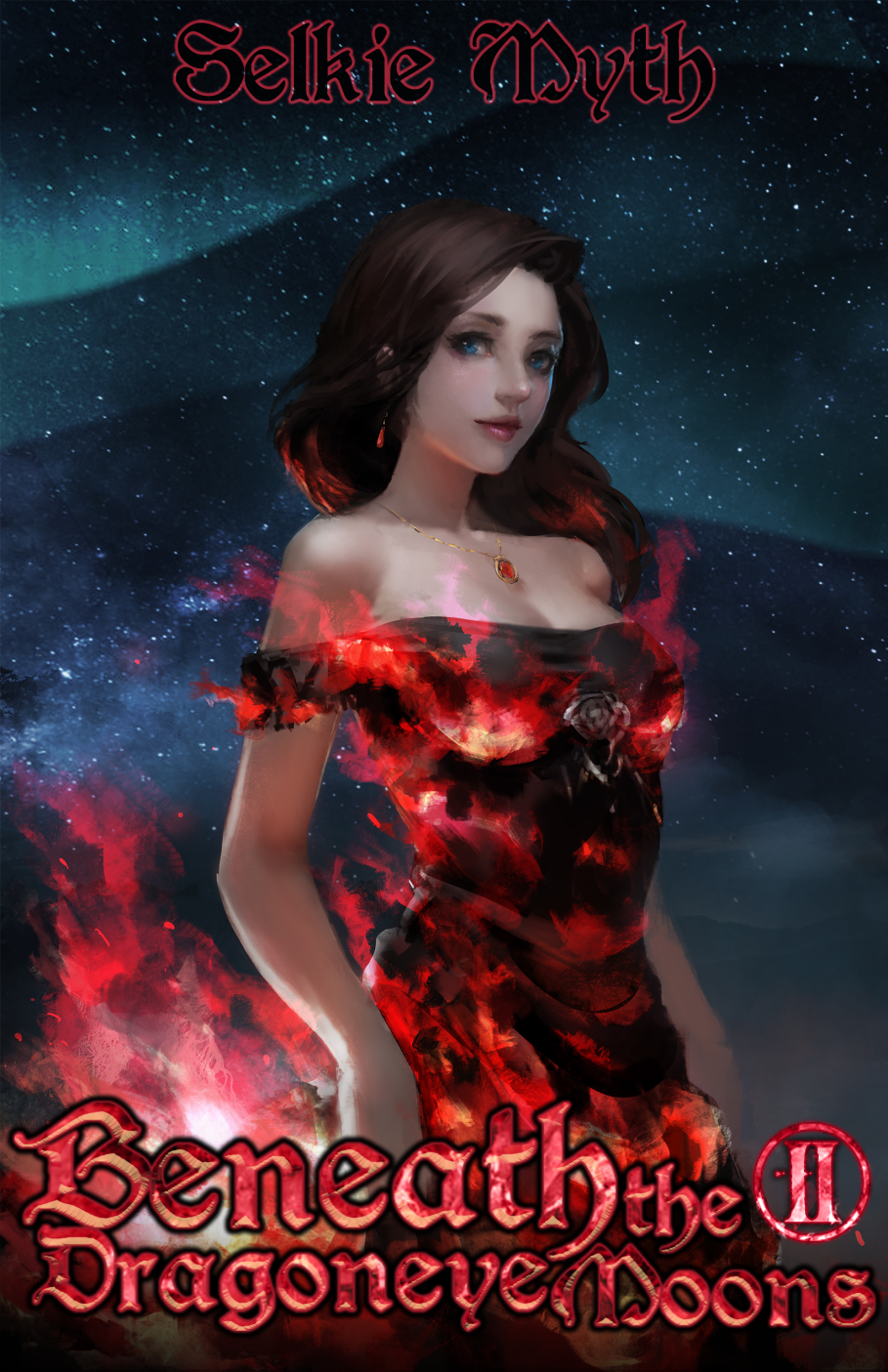 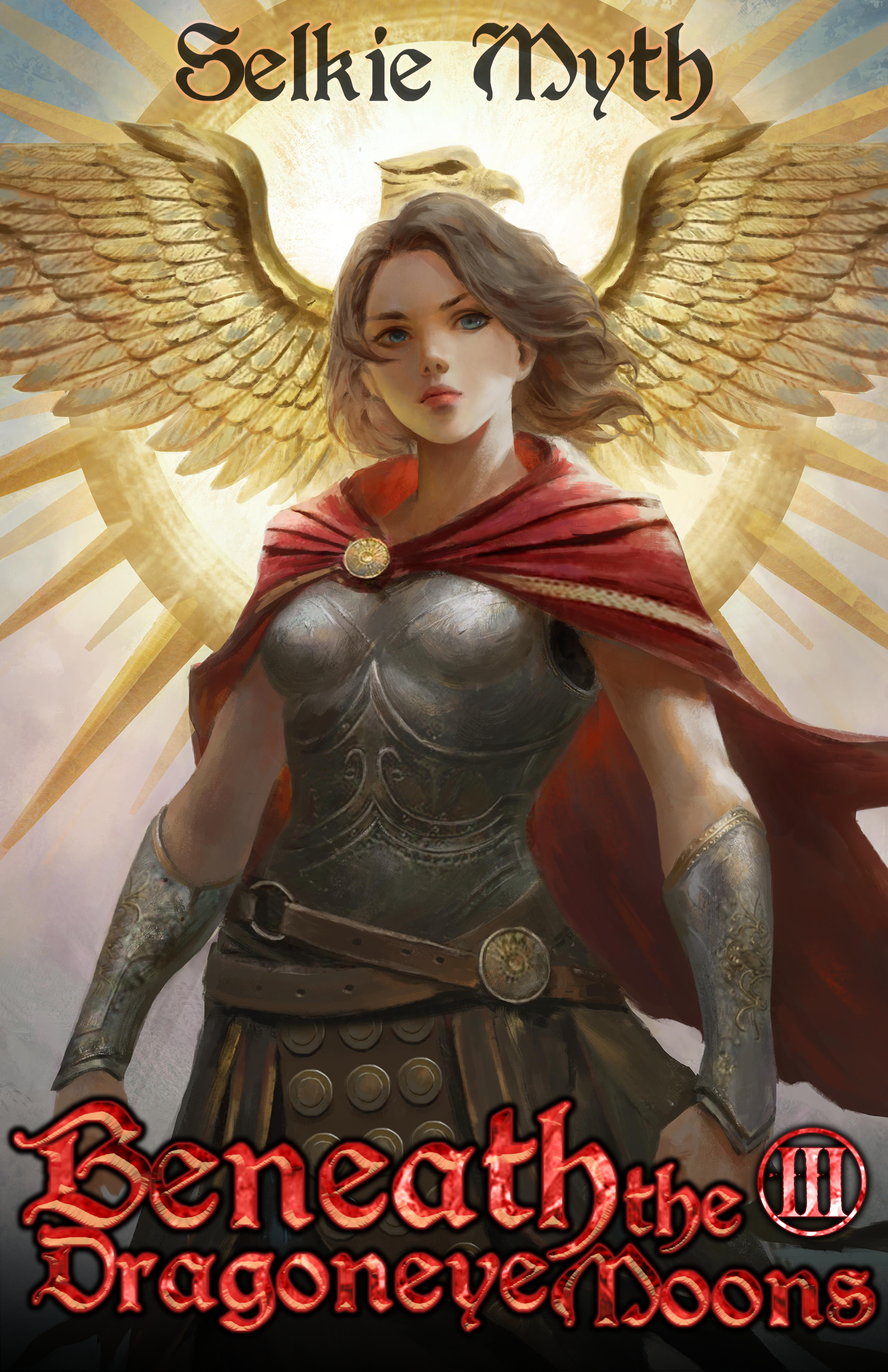 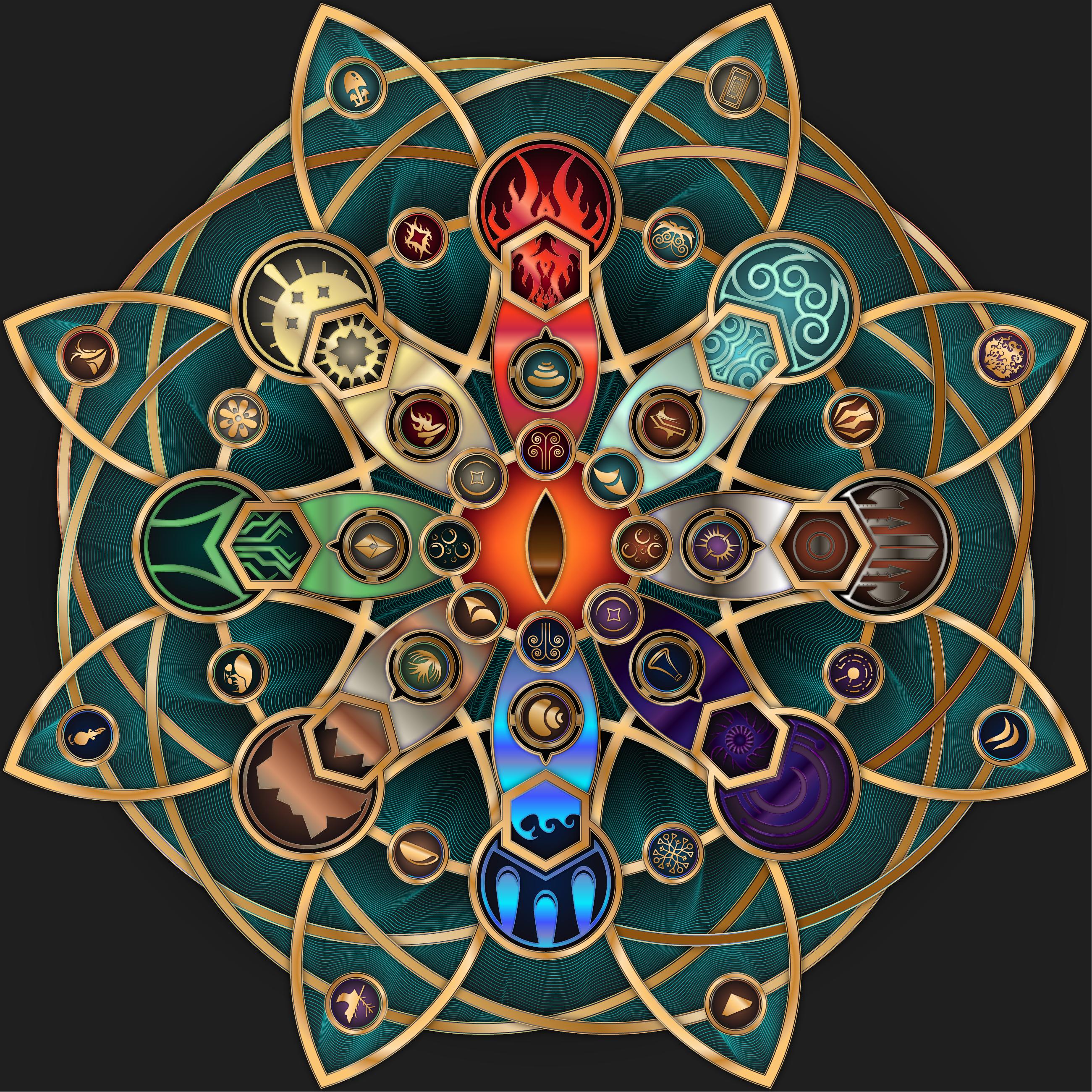