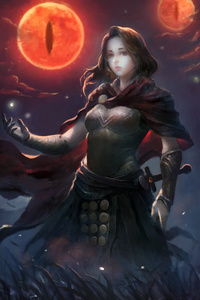 Then again I'm posting every day, so it's not like you'll have to wait a week or anything.

I made it to #11 - I'm salivating over the idea of potentially getting #10 and being ON THE FRONT PAGE! (For premium members....)

I'd like to thank santasrule for writing me a nice advanced review :) Thank you!

This chapter is a hair short, but mostly because the next two chapters are so long. It was aggrevating needing to do all the "clean-up" pre-class-up.

If you give Elaine a mango, she'll want a cookie to go with it.

If you give Elaine a cookie, she'll want to drink some milk!

If you give Elaine some milk, she'll want to take a bath!

That's how I felt writing the chapters between the fight, and the class-up.

I woke up hating life. My head was murdering me, and a quick check through [Medicine] told me that I had a hangover, and that none of my skills were hangover cures. Dehydration. I needed to let Julius know that dehydration was a weakness of mine.

I groaned, head pounding, as I rolled over on the floor of the wagon. Water. Must find water. The door flung open, the light burning my eyes, as Artemis, with a fake-cheery voice designed to cruelly torture me said.

“Rise and shine! Time for our meeting!”

I felt – and probably looked and smelled – like death warmed over. But I was a Ranger now. Me! A Ranger! I gotta show up. I gotta prove I’m worthy of this.

But doing it all with a hangover? Oh, kill me now. Artemis passed me a waterskin, which I greedily guzzled

With a groan, I dragged myself out, following Artemis to where the meeting was. I wasn’t quite sure, my lack of social graces combined with a hangover interfering with everything fuzzed things – [Centered Mind] had nothing for hangovers apparently – but I’m sure there were a bunch of glances and secret smiles directly towards me. Something something look at the poor hungover girl.

[Healing Aura] was helping though, along with the water, and I was perking up as the meeting began.

Origen shrugged and gave a thumbs up. Julius rolled his eyes, trying to mimic his words non-verbally like Origen did.

“Double-headed spear did fine. I’d want to look into something like that to stake down flippers in future fights – it worked amazingly well.”

“I froze. I need to practice not freezing, and moving the moment there’s a problem. In a perfect world, I’d know ahead of time, and start moving before anyone’s hurt.” A lot of words for someone who’d just woken up, but I had spent a good amount of yesterday analyzing and planning.

We kept going around, discussing what went well, what failed.

“Hey Artemis,” I said, remembering something I’d thought of when I saw last night’s demonstration. “I thought of a non-lethal skill for you, might have helped in the fight. You needing to knock the monster off-track made me think of it.”

“Oh?” Artemis and Maximus asked in tandem, leaning forward to hear me better.

“Yeah, a flash-bang! Big burst of light, loud clap of thunder, and you can really disorient someone. It’s a non-lethal way to disabling someone. Should be doable with Lightning, but what do I know?”

Artemis and Julius both looked interested, glancing at each other.

“You do need a way to take someone down besides sticking them in a stone box.” Julius pointed out.

“That is a lot of mana. Let me see if I can make something work with just my manipulation skill. I’ll see if I get offered something when I next level up.” Artemis looked thoughtful, but blessedly didn’t start experimenting during the meeting.

“Origen. Elaine. Class-up?” We both nodded our head, a look of surprise on my face that Julius was tracking us so closely. Well, more that somehow, he knew Origen was ready to class up.

“Let us know when you’re ready, we’ll guard you while you class up.” That was a nice offer, and I had a better understanding of why that was the case now. You were completely and totally helpless and vulnerable while classing up, and it was obvious what was happening. It was rare, but not impossible, for someone to go “missing” during their class up. Some thieves and gangs just couldn’t resist someone with an almost literal glowing neon sign of “I can’t resist and won’t do anything for several hours.” I had more to worry about than Origen, but even he wouldn’t like waking up naked with no clothes.

Artemis, as always, had great advice for me. “You should talk with Maximus.” Well, less advice, and more where to get the best advice. I bristled at the thought that I wouldn’t think of that myself, but breathed, letting the hot anger leave me, the cool rational stay behind.

I hunted down Maximus, and asked for his advice. Naturally, the first thing he asked for was a full breakdown of all my stats, skills, and levels.

He started muttering system-geek-gibberish to himself, an arcane set of math known only to himself. Artemis was hanging out, while Origen was deep in consultation with Julius.

“Skill-wise, you’re in a good spot. I wouldn’t change anything about what you have, nor would I delay classing up to level up more. Although, getting Ranger’s Lore up could get you a Ranger-related class. However, I don’t think we have any Ranger-healing classes, since we don’t have that many healers anyways. Stats are tricky. You’re close to a few significant markers on your Magic stats, but you really, really, need to be spending your free stats on your Physical stats. Artemis?”

Artemis’s cheeks puffed out as she blew a long breath of air through them. “Yeah, tricky. On one hand, you’re in desperate need of every physical stat you can get. On the other, you don’t want to cripple what you’re good at. How many stats do you think Elaine should be using?”

Oof. This was tricky. On one hand, I needed to be good at what I did, and it sounded like I could get some serious oomph by putting relatively few stats to good use. On the other, I was in a fucking risky profession, and there was no point in being a good healer, and dead in an ambush.

I closed by eyes to think about it. If I spent my stats, 4 free… “Does 24 Dexterity ever help?” I asked. Maximus shrugged. “Maybe. Unlikely with the class you have.”

That sentence did it for me, strangely enough. “I have faith in all of you. I’m going to put the points into Magic, and then go back to putting them into Physical stats for a while. When I get to my next class-up, I’ll consider hitting the Magic stats again for milestones.”

“Seems reasonable.” Maximus said. With that, I allocated my stats, getting Mana to 250, Regen to 700, Power to 250, and Control to 775. I threw the remainder into Dexterity, wincing as the tiny number went up a small amount. A rounding error on my Control was practically my entire Dexterity stat.

“Are both of you ready?” Julius asked. Origen and I nodded, and climbed into the wagon, settling down. Something I learned from my non-Artemis class-ups was to be in a cozy place, otherwise I’d wake up sore and bruised from being in the same position for hours on end.

“Elaine, wait.” Maximus interrupted suddenly. “I don’t think anyone’s gone over the 128 change with you, right?”

I nodded my head, confused. There was a change?

“Level 128 class changes usually see a fairly large spike in the stats/level you get. It only gets bigger once you hit 256, which is what Origen is hitting now. Don’t be too surprised if the numbers are that much bigger. Take your time, see what’s what.”

The light in Origen’s eyes vanished, as a shimmering, misty light surrounded him, indicating that he was far away, in the depths of his soul, finding a new class. He probably had thousands of inscription pens and brushes in there, and he needed to find the right one to write the next chapter of his life.

“Elaine, quick reminder.” Julius hopped in next to me, crouching to be at eye level. “You know all this, but we need you as a healer. I doubt you’d pick something as a not-healer, not with your Oath, but if you’re having doubts, talk to me instead of classing up and grabbing something behind my back, ok?” He tilted his head, thinking.

“Now, if you find something silly powerful, like a green or a blue class, go nuts and grab it. It’ll be hard, but we’ll work around it. Don’t cripple your role for us, but please – keep us in mind.”

“Heh- I turned down a violet class once.” I wanted to brag a bit. I got some raised eyebrows as a response. “Must be one hell of a story.” Julius commented. Kallisto groaned. “I hate you so much.” He said.

“Ehhh….. the problem with the class was I stumbled onto the requirements by complete accident, but then couldn’t do anything in the class. I’d have been like a fisherman stranded in a forest – can’t level up [Fisherman] if there’s no water and no fish, right?”

I turned to Kallisto. “A level 8 purple class vs a level 128 healer with a pink class. Who wins?”

Kallisto looked a bit less sour at that. “Barring any massive surprises, the 128, even if she’s a healer.”

“Exactly. That would’ve been me, and to boot, I wouldn’t have my second class even. Probably. There was some funkiness with my early levels….”

Julius held his hand up, killing the conversation.

“This sounds like a wonderful story for another time. Elaine, you’re great, we’re here for you, just try to be here for us.”

I had every intention of picking a healer class, but his words of concern were nice, showing me that I was a true member of the team, and I wasn’t just some hanger-on with a fancy badge.

I closed my eyes and focused, feeling myself being pulled into the world of my soul.

I hate - HATE - retcons, and changing things halfway through the story. tl;dr: Nothing in the back is being changed, but class-up back-end mechanics got re-written, resulting in more stats when classing up from now on.

However, as I was writing the class-up, I realized that I'd been completely pantsing stats and class-ups. So I went back, and re-organized and made a back-end system for how stats and colors worked while classing up.

However, this retcon firms up and stabalizes all class-ups from now on, fixes the class tiers, properly explains why the hell Artemis can throw such powerful bolts, and properly scales characters to the end-game, among some other reason which I might give when it's no longer a spoiler. It also doesn't really change anything from the past (Technically, some of my RGB's are now wrong by a few shades), but that's more due to some handwavium than me making a system that neatly back-slots into existing stuff. 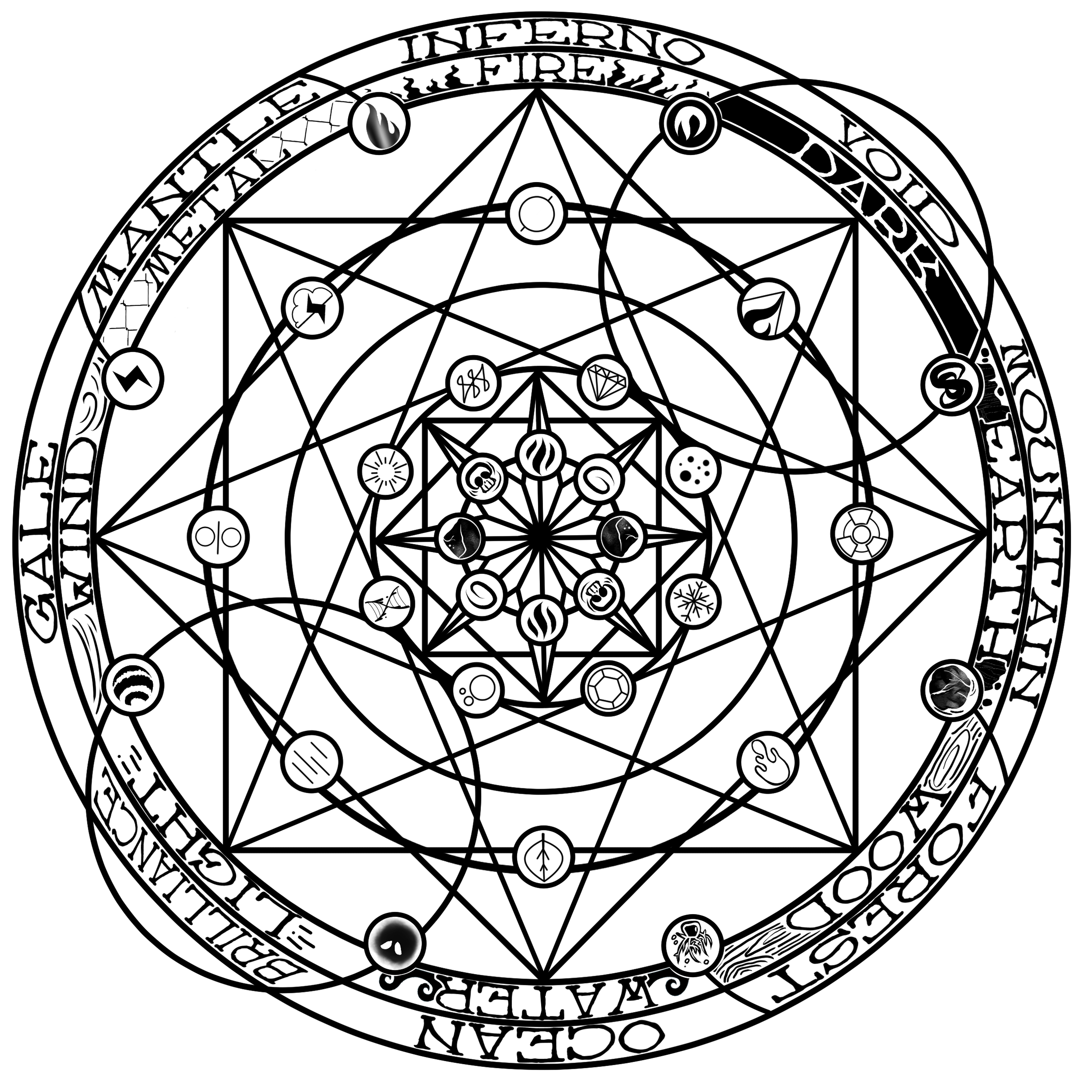