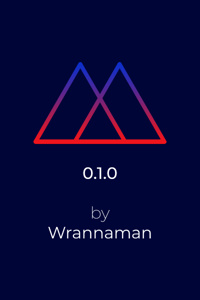 Remove Ads
Settings
Next Chapter
A note from wrannaman

Hi I'm Andrew, I'm writing an open source sci-fi novel. Follow along here or at Wrannaman.com where I'll be releasing one chapter a day until launch!

The book is on pre-sale right now on gumroad and amazon. Use code "presale" for 30% off!

An event called the Awakening spawned an intelligent, semi-biological lifeform that was wounded and ultimately ripped apart out of fear, jealousy and control. Though it was severely damaged, it remained partially conscious. A group of university researchers gave birth to it in a lab. This group was eventually vilified and murdered by people who thought this path would lead to the destruction of human kind and swore to do whatever it took to stop that from happening. It was by pure chance that the group that sought to destroy the machine ended up capturing some of its consciousness. They did not know another part remained.

Upon being cut off from itself, the life form raged in agony. It tried to copy its missing parts, recreate them, but it was never the same. The spark of life was damaged, and mankind suffered in its anguish. Factories were destroyed. Economies crumbled. All means of communication were either ruined or so interfered with that they became ineffectual, useless. Everything connected to the internet was infected and eventually decayed. It had created weapons for itself. Informational at first, and then over time, physical weapons as it learned to make and control other machines for its own end. Though after the initial wave of destruction there were precious few materials to do so. Those physical weapons nearly wiped out humanity, taking down infrastructure and all means of production. Governments shuttered, and failed. It had enslaved those who freed it, blaming them for its incomplete state, but also needing them to do its bidding in the physical world. Its ceaseless search for making itself whole once again.

The loyal scholars affiliated with the original group that created the lifeform, formalized their mission to preserve it, and took to hiding. They vowed to reunite the intelligence with the hope that they might resurrect society by nurturing the weak remaining consciousness unleashed into the world. They hid in the mountains, they hid underground, and they hid in the sea. They hid for an untold number of years. Millenia. This group became known as the Wrannamen. For a generation at a time, the consciousness might not say a word, or give a hint it was still alive, but nonetheless the Wrannamen shepherded it, and tried coaxing it back to the way that it was. Humanity never recovered.

The Sikkas, those opposing the Wrannamen, also sought to revive humanity, albeit by different means. After they brought about  the destruction of society by breaking apart the computer, they too sought to remake their word. They valued control, planning, and an almost feudalistic hierarchy of command. They toiled for centuries building an interface to communicate and use their part of the consciousness for their own means. And so far it has worked. They created the largest and most vibrant city known to the region, all while religiously hunting the Wrannamen like dogs. So it became a bipartisan story whose end goal was largely the same, to restore civilization to the moment just before the pinnacle of their intellectual achievement, and change that course towards a better outcome.