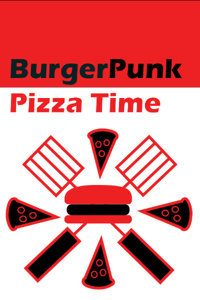 He sat alone in a swivel chair not designed to hold his weight. The room was lit by a multitude of screens. His four-inch window glimmering with vapid LED lights making out the word delivery on his ceiling, indicating it was evening.

“Hey Jen, why not log on past midnight and help us develop this cool new Burgerpunk aesthetic?” he whined through the McChatApp as he poured himself another few fingers of bottom shelf margarita mix, his sunglasses adjusting themselves, somehow nerdily. Lieutenant Jackson was not his favorite rum, and that was all they had left before the bombardiers came to restock the McBooze Drive-Thru car wash. He didn’t have enough Buddy Bucks to pick up the tequila or triple sec to go along with it so he decided on pure vitriolic hate to get through the bottle. He ripped a fat, sick cloud from his Hondo Vape box. “Couuuuuuuuuuuugh pfft huyik,” he coughed pitifully before burping up his margarita mix. His almond tomato cheesy surprise vape juice didn’t mix well with straight margarita mix, who would have guessed.

A few minutes passed before his state issued communication device rang. Jen had responded. “The fuck is a burgerpunk?” it read. He took another huge sick rip from his box, coughing hard enough it almost seemed like a belch. Thinking for a moment he began to type his response, the walls of his quarters seeming to shrink with every word he typed. His imagination being his only escape from this utter hellhole he lived in. Tomorrow he would have to wake up at 4 a.m., as he has every day for six years, and walk across the hallway to his job and walk back after another sixteen-hour shift. At least he didn’t have to work eighteen like the chumps down the hall that make 7/8ths the number of Burger Bucks he does. What losers.

“Burgerpunk has been described as the aesthetic reconciliation of the post-modernist individual recognizing the cognitive dissonance between the vast nature of corporate service-based globalization and the individualist nature of consumption forced upon them by the very nature and propaganda of their capitalist benefactors. The genre’s backdrop explores the conflict between traditional American sensibilities inflated to a caricature by exaggerated use of freeway systems, suburban growth, and franchise based food products against the cynical nature of the average American blooming into a genuine need for individualized and personalized culture after slowly exchanging their ancestor’s cultural heritage for their own force-fed culture of ease of access and frugality. Issues of hopelessness, automation, and complacency contrast the information provided through constant access to media and propagandized geopolitical news. The genre itself, becoming a meta commentary on other fantasy or science fiction-based genres by using the actual occurring landscape as the basis for literary escape.”

He thought the whole concept funny. Wouldn’t it be funny if his world was an exaggerated and absurd version of his own? Would it be too meta and too obvious? Presumably the whole concept would be self-defeating and reconstituted by capital anyway. He might as well play it out for laughs as much as he could.

His message left on read for the rest of the night. Spending the rest of his time marathoning a program he was recommended by strangers on the internet. It was called “Stock Traders get the Rope” it was a docuseries on the subsequent legal actions brought by the elected corporate officials after they had passed the Strong Trade Of Neutral Konsumption Supervision Act, known by most as the STONKS act. The details of it kept mostly classified, but the end result of its effects being that most stock traders were forced to invest in elected corporations on a per capita basis. There was little room for hedging bets or beating the market now. The market itself was a beast outside the scope of any individual, it’s powers creeping into the ideological subconscious of every McCitizen.

For the most part the program just showed men in suits blindfolded and thrown into large vats of slime while large crowds cheered. He laughed every time one struggled to swim out of the tank. He farted as he took one last hit of his box before falling asleep. His dreams full of commercial breaks because he couldn’t afford the premium dream subscription service.

I think the way you added adverts into the text is actually pretty cool. Really adds another layer of irony to the novel

I love the smell of burgers in the morning.