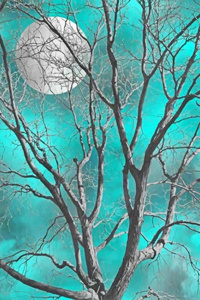 by The Wizard of Woah

Reviewed at: The Ragnarok of Nicholas Collins

Off of the substantial first chapter you get a number of story threads already in place this isn't a story that figures out where it's going after the first 10 chapters, it fits you up and going quick, with an extensive introduction to the protagonist and his friends and family as well. I don't know how they packed so much character and nuance into it, but I need a lot more of this story right now.

Style: It's got a very distinct style. You can feel the kid's voice, and the setting is set simply but effectively.

Story: The voice of the story is quite clear. We don't yet know where it's going, but it's definitely going places.

Grammar: No obvious errors, but beyond that, it feels good to read. The sentences flow and you're kept engaged in the story until the chapter ends.

Character: Each character has a noticable voice and perspective during the moments that we're in their heads.

Admittedly, I'm writing this review based upon the single opening chapter, but given Wizard of Woah's success with The New Humans, I have faith that this will be a great story.

And I've said everything I have to say, why won't you let me post this review, you damnable device?