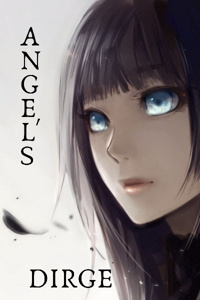 Remove Ads
Previous Chapter
Next Chapter
A note from Localforeigner

Now we switch to a brief view of the world from another character's perspective. I will occasionally insert interludes where we will get a chance to see events, either current or past, from the point of view of other characters in the world. These events should weave into the main narrative or give additional insight into happenings throughout the world.

Let me know what you think about the interlude idea in the comments!

Jericho Jackson ran like his life depended on it.

Because he was certain that it did.

Of all the days to go to the Quarter and try to have a good time, he had to pick today. Oh, his day had been enjoyable enough. Normally, he’d avoid the Quarter and all the tourists, but Lamar and Tasha both worked there. Even if it was December and the recent attacks had made most of the tourists return home, there were still many celebrating the end of the world (or at least pretending it wasn’t happening).

The night seemed to be going so well. He’d finally asked Tasha out and she’d said yes. So of course, walking home full of alcohol and high spirits, he had to stumble across something he shouldn’t have seen.

Walking down Elysian Fields, he saw two guys across the street beating the ever-living shit out of someone. He sobered up fast.

“Where’s our money, Tyrone? You’re late. You know we hate it when you’re late,” he heard one of them shout as he brought his fist down again and again on the mewling figure.

He didn’t know why he did it, but he reached for his phone. Like many people, he still carried it in hopes that they’d figure out a way to get them working again. Regardless, it was still a camera though and he started filming what he was seeing. He had no idea what prompted him to do this. Maybe it was the drink? Maybe it was hope that a record of the event might help someone in the future, he didn’t know.

He shouted across the street. “Hey assholes, leave them alone. I’ve got you on camera.” Jericho was not easily scared. As a six-foot-tall man of mixed African American and Hispanic heritage, it was other people who usually crossed the street when they saw them. His size, his big build from his former years of high school sports, was a shield that protected him from most threats he ran into on the street.

When the two men stopped their assault and turned towards him, he realized in the drunken haze he’d missed a few important details. In the dim glow of business lights and a distant streetlamp, he saw the glint of metal on their chests. He noticed the gear on their belts. His heart sank as he recognized them as two of NOLA’s finest.

“Hey, boy, come here,” one of the angry officers said, his hand dropping to his holster.

“I said, come here if you know what’s good for you,” the cop shouted again as he began crossing the street.

Jericho knew how this was going to end. He saw his mother being asked to identify his body. He could see the news articles publishing that one picture where he’d been arrested for a drunk and disorderly, and not all the pictures of him smiling and happy and just being normal. Just another thug dead in the wake of the end of the world.

“Fuck that,” he said. Spinning around, he turned and started running.

He ran for the Quarter. There he could lose himself or at least maybe find a few others, a little bit of life insurance.

The crack of a gun behind him told him he’d made the right decision. The bullet whistled by close enough he could hear it pass him.

Ducking he ran for the shadows, zigging and zagging, trying to make it as hard as possible for Angry Cop to get a clear shot. Another bullet rang out and he heard it hit a tree on his right.

His fear was ice, but it was also fire, and it drove his legs as he’d never been driven before. Two years passed since his days playing sports in high school, but he dug down for all of those skills, all of those memories, and pushed himself harder than he ever had before.

Blocks flew by. The bullets stopped but he could hear both the cops running behind him. A quick look showed him they were only a block back, but they clearly had no intention of letting him get away.

He ran past the French Market, cursing how late it was and how empty the city was this time of year.

Café Du Monde wasn’t that far away, and it was always full of people. He tried to cross the road but realized that left him more exposed. A crack of gunfire caused him to zag back the way he came, running close to the parked cars, using them for cover.

“Fuck, fuck, fuck, fuck,” he screamed in his mind. Fearing turning right, the turned left. Towards Dumaine Station and the river. He didn’t know why. Something tugged him in that direction. Maybe there would be some late-night wanderers on the public walk? At least with a bunch of witnesses, he might just end up arrested.

Oh, who the fuck was he kidding, these corrupt cops were going to kill him if they caught him. They’d make an excuse later and that would be that.

Why was he running towards the river?

It was so cold. His breath steamed as he ran. Sweat glued his shirt to his body beneath his padded jacket. The lights of the hotel glimmered from down the river, beckoning him. So bright, here in the darkness. Just like the Quarter, with its fake slice of life. Both taunted him.

Someone punched him in the back. It was worse than any takedown he’s ever received on the field. His legs collapsed and he fell forward, only barely stopping himself before he smashed his face on the sidewalk.

Pain radiated through every inch of him. His phone lay on the ground several feet away from him.

Fighting back the pain, he pushed himself up. His chest burned and now he realized it was wet. Breathing was hard.

“Fucker shot me,” he said to himself. He couldn’t quite believe it, despite the evidence to the contrary. Pulling his legs underneath him, he coughed. Blood splattered across the cold stone.

The footsteps behind him closed in. Nothing to do for it now. Another black man killed by cops. All evidence of their misdeeds erased.

Even at the end of the world, bullshit like this was still happening. Maybe humanity deserved the angels.

“Get on the ground!” Angry Cop shouted from behind him.

He wished it was snowing. Shouldn’t it snow when the hero was murdered?

Agony washed over him, his head burning with pain even beyond the bullet in his chest. Jericho curled up, weeping from the pain of it.

“Do it,” the other cop said, struggling for breath. “Bitch made us run all the way here. Ain’t nobody around.”

“You sure?” Angry Cop asked.

Their voices filtered through the pain and it started to recede. He felt as though it was pulled skyward and he looked up, as though he could follow the pain.

And there, he saw it, a glimmer in the sky, floating above the river. A golden man with a beautiful brown beard and four wings unfurled behind it.

Jericho laughed. It was a gasping, gurgling sound, but he couldn’t help himself.

“What the fuck you laughing at boy?” Angry Cop demanded, pressing the still hot barrel of his pistol into the side of Jericho’s head.

Jericho wheezed as he raised his hand. “Look,” he gasped out. It was three days since the attack on New York. Jericho had no idea why the angel was there, but he knew that if it was, they were all dead.

The angel began to glow, a bright blue nimbus forming around it as its wings lazily beat the air.

The pistol left Jericho’s head and the cops began shooting at the angel.

Jericho laughed as a beam of intense light burst from the angel, firing straight down into the river.

Even from here, Jericho somehow saw the angel’s face as it looked down on them, ignoring the bullets that exploded around it with golden sparks. It was staring straight at him.

The Mississippi River began to boil and froth.

“Get the phone,” Angry Cop shouted back. “You should have stayed away fucker,” he said, and then his pistol erupted once more.

Jericho didn’t feel it this time. The world tumbled to its side. Cold stone met one side of his face, while something hot and wet rolled down the other cheek.

He couldn’t think straight anymore. He could just watch the angel and the river beneath it. The river rose, drawn up the beam of light until it almost touched the angel’s feet. All the river receded, pulled from the shore like it was being sucked through a straw.

Then the angel clapped its wings together, towards the city.

It crashed over the bank, an impossibly huge wave that towered over Jericho and the neighborhood.

As the shadow of the Mississippi fell over him, all Jericho could think was that he hoped those cops drowned with him.