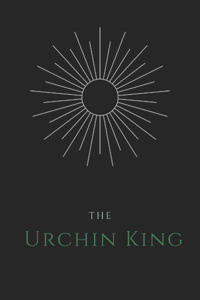 Aftermath chapter, before next arc.

It was my birthday, I realized sometime later, I had gotten so caught up in our rush to save the city, that It had completely failed to register. I sat on the roof of an apartment block in the commercial district, my knees pulled tight against my chest. I watched as the emergency services picked their way through the debris, aided by a large number of the PRT and even some heroes.

They hauled a young woman from a partially destroyed building, she was covered in burns and bleeding badly, somehow that made her luckier than most of the others, in a strange way. The young woman was screaming and thrashing as they put her on a stretcher, the building they had saved her from was on the outer most edge of the crater that covered what must have been several kilometres, if it had been just a couple of meters larger she wouldn't even be alive.

I had initially been under the impression that these bombs had been mundane ones, but that couldn’t be possible with the destruction that I currently was looking at. Everything inside of the crater, buildings, parks, cars, people, it was all gone, a sprinkling of debris lined the bottom of it, like sediment in a bowl fallen, almost a perfect circle of the city was just gone. The force of the blast had carried slightly further than that, for maybe another fifty meters outside of the crater’s perfectly defined edge, with what looked like normal explosive force, leaving crushed buildings and fires.

After everything we had done, all our plotting, our plans, our arguments, our fights, and our laughter, to have it all unravel like this at the end felt akin to having my heart ripped from my chest. It felt like I was reliving the day I got my powers, and the overwhelming feeling of loss that had accompanied it.

This must have been how String Theory had felt, right after we had ripped everything away from her in an instant. We had taken everything she had worked for away, when she hadn't thought that it was possible, so then she turned around and did the same thing to us in return. I wonder if she thought it was a fair trade, I looked towards the section of the crater where my apartment building used to be.

I didn't think it was very fair at all.

My power had changed after that night, It had grown in a strange way and all it had cost was the small price of my friends life.

My power had always been able to extend phenomenal distances, far further than I could see. I had once sent it out in a straight line into the air, and it just kept going, I hadn't even reached a point where I'd hit a limit in that way. I had also never reached a limit on how many wires I could control at once, other than after a certain point there was a lot less room to move, besides, I hadn’t found any more utility by just making millions of them.

However there had been a limit on how thick I could make the wires, the maximum width I had been able to reach was only slightly thicker than a broom handle. When I had woken up to the destroyed room, back when Gaston lay in the centre of all that chaos, there had been a forest of metal threading through the walls. Some of that metal had been thicker around than I was, so here I was, sitting in a park in the middle of the night testing it.

The conclusion I ended up reaching was an obvious one, the thickness limit I had before was now gone. An immense pillar stood in the centre of the park, far larger than even a house, sitting completely still on the turf. It was perfectly under my control, and with my strange form of wire-control it weighed nothing to me, all the weight was still there. I knew that if I dropped my pillar onto something, it would be crushed beneath the weight of it.

I made the pillar shrink down before dissolving it into countless tiny wires before it finally vanished, a large circular indentation remained on the turf, the ground compressed from the sheer weight of my construct. Before, when I had tried to make something larger than my limit I would hit a wall that felt like I was trying to physically push through it, and the more I pushed the more painful the resistance. I had managed to make a very thick cable once, in a time of stress, but this was something else entirely.

There was no wall to push through anymore, or If there had been I hadn't even come close to approaching it. Before if I went all out, the most destruction I could hope to create would have been on the level of collapsing a building, and it would require an absurd amount of wires targeted at the weak points to topple it.

But now, what would happen if I just created a hundred pillars the size of a building and directed them at something? I was now dangerous in a way I would never have been previously; It was at once amazing, and terrifying.

I would have traded it in an instant if it would bring them both back.

Belle Dewitt's funeral was a quiet affair, It had taken place in Cambridge, her hometown. I was missing even more school to attend it and I would probably be in trouble for it later, but nothing could have stopped me from attending.

There were only two people in attendance, besides me, a short old man with white hair and a younger but equally short girl were in attendance. Belle’s father and younger sister respectively, the sister had a lot of the same facial features, it made it difficult to look at her. She was crying and the old man was very tense, crushing the cane in his white knuckled grip, clearly forcing himself to hold it together.

I had only known Quest for a couple of days, but It felt like a part of me had been ripped out. I stood back as they buried her, crying quietly to myself, the old man had silently watched me, wondering how I was connected to his daughter, I left before he could ask.

I was a coward and all I could do was run away.

I was under some serious scrutiny after I had missed more than a week of school without informing the school, and then even more as I left the city for the funeral. Arcadia didn't take kindly to unexplained absences of students, but they had backed off as soon as it was revealed that my house was at ground-zero. The school had then turned around and did everything they could to help, even finding temporary accommodation of me while my insurance situation was sorted out.

The news coverage of the bombing was everywhere I looked, I couldn’t seem to escape it, and once String Theory's involvement was made known, it abruptly doubled in size. Parahuman’s being responsible for bombing a city brought attention to it on an international level. It was all anybody could talk about for months, thousands dead and injured. If String Theory hadn't already been in custody, a kill order would have been passed for her without delay. They talked it all to death and once the G-Driver's purpose was discovered the situation started all over again.

When the trial was finally held it was a daunting affair, there were thousands of people surrounding the court, most of which were protesters, they held signs targeting String Theory with personal insults and even more with anti-parahumans messaging in general. The protestors were being held back from the courthouse with a waist-high metal fence and a combination of the Brockton Bay Police Department and the Parahuman Response Team.

Members of the Protectorate were standing guard around the courthouse itself, Miss Militia and Armsmaster were on either side of the large doors. Assault and Battery were halfway down the stone staircase watching the crowds, their expressions professional but rather grim.

Certain members of the press were admitted to the building and the judgment itself was being streamed live to millions across the world. I couldn't bring myself to watch it, it felt like driving a spike into my chest, I couldn't help but fall back into a loop of guilt and pain. Gaston had wagered everything he had and even his own life to stop the woman he loved from being sent to the birdcage, to stop this from happening. I was supposed to help him, I promised that I would help him, but I failed.

String Theory would spend the rest of her life inside the Baumann Parahuman Containment Centre.

I saw the video months later; she was seated at a bench in the courtroom with a microphone sitting untouched in front of her, her hair was a frazzled mess, that had been pulled into a singular large plat down the length of her back, she wore the same white lab coat and black underclothes that I had last seen her in, freshly washed. Her mouth was stretched wide across her face in an excited grin, her eyes were no longer dead, they were large, wild, and sparkled in the bright lights of the courtroom.

Bio: I’m a fantasy author from Australia, and if I were to describe my work in a single sentence it would be; Realism contained within an unrealistic backdrop. I aim to put out high-quality, original, long-form written content that will entertain, and engage you. Expect dark themes, characters making costly mistakes, and unreliable narrators.

My standard process starts by releasing draft chapters to my Patreon, and then to everybody else online. Once the story is completed, I convert it into a more conventional eBook. I also routinely go back and revise, edit and enhance my older work as I improve as a writer.

I now have a website that has links to all of my original works to date.