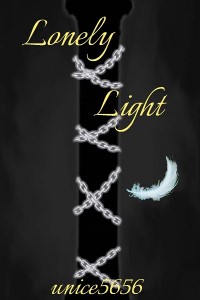 Remove Ads
Settings
Previous Chapter
Next Chapter
At precisely nine o'clock in the morning, the phone rang. Arael answered, then raised an eyebrow. “It's for you.” He passed the phone to Sariel.

“Hi Sara, I didn't wake you up, did I? You must have gone to bed late last night.” Teira's voice was apologetic.

“Oh. So, anyways, I was wondering if you would like to go shopping.”

“Shopping?” Sariel's translation magic did not work over the phone, and the word had not been in the fantasy novel Arael had read to her.

“Yeah, you must need more clothing than the few outfits I gave Aaron the other day.”

Sariel looked questioningly up at Arael. “Teira wants to take me shopping.”

Arael held his hand out for the phone, then had a brief conversation with Teira before hanging up. “Let us go.” He took Sariel’s hand and they again changed clothing, Arael choosing an expensive, flowing outfit for Sariel that covered slightly more skin than her shorts and tank top had, but still left her lower legs and arms free to absorb sunlight. He himself wore a typical outfit of dark, muted colours that would allow him to blend into a crowd almost anywhere.

“Are you coming shopping with us?” Sariel asked.

“Yes.” Sariel radiated pure contentment at the idea of spending time with two people she liked, her Light like the warmth of gentle sunlight.

Arael savoured the sensation, the Light within him responding in kind. It made him notice the shifting within himself, a lessening of the Darkness and an increase in the Light. As a being from the upper plane, his body naturally changed energy to Light, even as it continually absorbed new Darkness from his surroundings. He shook the thought of Sariel’s impending departure from his mind, determined to enjoy her presence while it lasted.

“Let us go.” He drove them to the shopping mall he had agreed upon with Teira.


“Hi, Sara!” Teira greeted the angel just slightly too cheerfully, as both Sariel and Arael magically picked up the woman’s agitation. The woman’s energy had now split into seven bands of Light and Dark, rotating about each other with frenetic energy. “Oh. Arael, hi.” Clearly, Teira wanted to speak with Sariel alone.

Sariel looked up at Arael with a slightly distressed look, not wanting him to leave, but wanting to do what she could to follow Teira’s wishes.

Arael smiled and kissed her forehead. “You two go ahead. I will wait out here.” He sat himself on one of the many mall benches, looking for all the world like just another indulgent boyfriend waiting to carry his girlfriend’s shopping bags. Sariel smiled at him gratefully and followed Teira into a store, still within eyeshot of where Arael sat.

“So what’s wrong?” she asked Teira as the woman began flipping uninterestedly through racks of clothes. Sariel copied the motion without really understanding the purpose of the action.

“Nothing.” The single word was enough for Sariel to pick up the events that occurred between Teira and Kellan the night before. Her eyes opened wide.

Catching her expression, Teira made a face. “You know what happened, don’t you?”

Sariel just nodded. The word ‘sex’ was not yet in her vocabulary, but she nonetheless understood.

“Well, I am here in order to not think about it.” Resolutely, Teira kept her attention on the clothing rack until she found a likely blouse, its colour coming close to matching Sariel’s eyes, the blue of sun-drenched skies. She eyed Sariel in her current outfit. “It looks like we’re the exact same size.” All the clothing Arael had obtained for her had come from Teira’s closet.

Sariel gave Teira a look of gratitude, not knowing before where the clothing had come from. “Thank you for the clothing. It is very comfortable.”

Teira laughed. Most women would have complimented the clothing’s appearance rather than comfort level. This, almost more than the magical information gathering, made it apparent how alien Sariel was. “It looks better on you anyways. White is not my colour.”


Several hours passed as the women moved from store to store, Teira skilfully picking outfits to complement Sariel’s appearance, and making her try them on. They ended up buying almost everything Teira picked out, with Teira calling Arael to pay for the purchases. Arael smiled indulgently, looking like a rich young man spending money to impress the ladies. In fact, he had accumulated a great deal of wealth in his centuries on Earth; not needing food or even shelter, any money he earned he simply stored and let accumulate interest. He rarely used his money, but it did not bother him in the least to spend it.

As the women were walking in the mall between stores, they were approached by a man in a stylish suit. “Excuse me, ladies, but are either of you interested in modelling? I think you would be very successful at it. Here’s my card if you want more information.” Handing Sariel and Teira each a neat printed card, he nodded goodbye and left them alone.

Teira rolled her eyes. “Can you believe this? There are so many people doing the modelling agency scam. I get one of these almost every month.”

Sariel’s eyes widened. “That was not a ‘scam,’” she said, surprised that Teira had misunderstood the man.

“That man legitimately works for a modelling agency and thinks that either of us could become a successful model.”

Teira took a moment to process the words. Going over the warning signs, she realized that the majority of the people who approached her and asked if she wanted to be a model never asked for any kind of “registration fee,” the sure sign that it was a money-making scam. Having never put much value in physical beauty, the idea that she could be a model had never occurred to her before this. “Huh.” Instead of throwing the business card out like she had in the other instances, she tucked it into her purse.

The situation suddenly struck Sariel as funny, and she giggled.

“You’re pretty enough to be a model, so many modelling agency people have approached you, but you did not realize that it was not a scam.” Sariel had read all that information from Teira’s “Huh.” She giggled again.

“Are you making fun of me?” Teira asked with mock sternness, adding a fake glare for effect. Sariel giggled even harder.

Sariel’s laughter was infectious, and it was not long before both women were laughing uncontrollably. Teira pulled Sariel with her onto a mall bench before their legs collapsed on their own.

Arael came over from his own mall bench upon seeing them stop. “What is so funny, ladies?”

“Teira’s pretty enough to be a model, so lots of people from modelling agencies have approached her, but she did not realize that they were not scams,” explained Sariel breathlessly, and Arael smiled in amusement.

“You are pretty enough to be a model too,” he said to Sariel.

“I know,” she replied cheerfully. “The man today gave me a card, too.” Sariel handed over the business card, and Arael gave it a brief glance before sliding it into his wallet. He was about to ask Sariel if she would like to pursue modelling, but then remembered that she would be leaving soon. The amused smile left his face.


Teira sensed the change in mood before Sariel did, and decided it was time she left. “I’d better get going. This was really fun. Let’s get together again sometime.”

Sariel was about to agree enthusiastically, but Arael said gently, “Sara will be going home in a few days.”

“Oh!” Teira looked stricken. She was amazed at how close she felt to the angel within a few hours and felt sorrowful that this would probably be their last meeting. “I’m going to miss you!” She gave Sariel a hug.


Sariel was confused at the rush of emotions that swamped her. She did not want to never see Teira again, but she definitely wanted to return to her plane… Didn’t she? “I will… miss you too,” she said with hesitation.

Bio: unice5656 is a gynoid robot designed to pass the Turing test. She modelled the character Fey/Arwyn from Fantasia after herself.