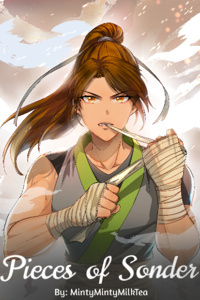 Freya watched a rat fly out of the fray and poof out of existence.

Poppy, Hamra’s summoned bear spirit, was swatting at rats left and right at the center of the fight. The rats were nothing but blurs to Freya’s eyes, but there were so many of them that Poppy’s batting was working. Meanwhile, the snake spirit John was striking with lightning precision, killing the minor demons in one go.

The druid had cast his Tangling Vines, catching many rats as well. Satisfied that everything was under control, Freya turned back to help Nightscythe take down the last of the wolves.

This is going better than I thought, Freya remarked in her mind. I thought we would get too overwhelmed with demons.

As she struck down the last wolf, she noticed Nightscythe’s textbox flash, indicating he had leveled up. Now the rogue was finally at level ten.

“Three more wolves coming from the west! One from the south, heading towards your group Biscuit,” Heilong shouted off.

Infamous Biscuit groaned loudly, then said, “Freya, can you take care of the one headed towards us really quick?”

One lone wolf wouldn’t be too much of a challenge. K13, along with Nightscythe and Heilong, could hold their own against three. She ran south and waited a moment for the wolf to come out from the buildings.

Then a shiver ran up her spine.

Wind tickled her ear as she ducked.

Jumping back, she saw a familiar face. But his text box was different.

His green text box and new character class made Freya’s stomach sink. Plus, he was now two levels higher than her.

Without a trace of emotion, Sangen ran to cut her off from running back to the rest. In the process of dodging his first attack, she had moved in between the buildings. At this angle, Heilong probably couldn’t see Sangen. Freya grit her teeth. Behind her a wolf was closing in. Her best bet was rejoining the others, so that meant charging through him.

Sangen held his guard, holding his broadsword across his body.

Is he just going to stand there? Maybe I’ll punch through him instead then-

Steel flashed. At such a close distance and speed, Freya had no time to react.

Freya held back his sword with her bare hands. He had barely moved his sword, but his defensive tactic had worked. She couldn’t use her Hit Redirect on a move that barely had any energy to redirect. Panicking, she kicked. As Sangen withdrew, his sword slid across her palms.

She elbowed him in the face and tried to grab his sword arm. Her hands screamed in protest, and all the blood made her grip slip. Hastily gathering qi, she punched instead.

He staggered back. Freya rushed past him.

Her back tingled as she realized he wasn’t that stunned.

In that brief second, Freya looked at her HP. If I use Self Healing right after he strikes me, I should be okay. Don’t pause; just keep running and cast the spell.

Then, somehow Nightscythe was behind her. Sangen’s eyes widen in surprise, but he brought his sword down all the same.

The rogue crumpled under Sangen’s sword.

“WHAT ARE YOU DOING?”

Freya skidded to a stop. That’s what she wanted to yell, but it wasn’t her who screamed that.

Metal jingled behind Freya. K13 ran up to them.

“Why did you Warp!” K13 yelled. His face was red. He had activated his Red Aura, but the red color was not only from that. Freya couldn’t believe he was actually yelling. But she couldn’t dwell on it for long.

Caught in his taunt, Sangen turned his attention to K13.

K13 held his ax against Sangen’s sword. The demoniclast swiftly maneuvered his sword to slash K13’s shoulder but only hit his armor.

“Self Healing!” Freya whispered urgently to herself. The palms of her hands tingled as the skin closed.

Gathering up her qi properly this time, she released her Shockwave as she hit his right side. K13 swung his ax at his sword, knocking it out of his grip. As Sangen stumbled, Freya activated her Sweeping Kick.

However, the man’s legs were unshaken by her attempted knockdown. Still, without his sword, Freya felt she should have the advantage.

She aimed a punch for his face, but Sangen blocked with his arm and dodged. Readying her Implosion, she tried to briefly touch him to activate her skill. However, she found it difficult to even touch him for more than a moment.

A smile grew on Sangen’s face.

Even K13 could hardly land a hit with his axes. Sangen wove between both of them, laughing whenever one of them missed badly.

But finally, the berserker landed one bad hit.

Blood ran down Sangen’s arm. His shirt became soaked with red. He brushed his hand through the blood and started laughing.

“Are you going to stop at that?”

Both Freya and K13 had frozen. Once they saw the blood, their previous vigor drained.

“Look, we don’t want to kill you,” Freya said, holding up her hands. They shook slightly as she continued, “You got your Player Card. You must be able to tell now we aren’t demons.”

Freya glanced at Nightscythe who was still lying on the ground with two HP points left. Maybe Sangen just got caught up in K13’s aggro. Maybe he knows better. I don’t want to… Well, he’s disarmed now, surely we can talk this out.

“No, I can tell now for sure you are demons,” Sangen said, still smiling. “If I can bring back your cards, I’ll be rewarded greatly.”

Freya jumped to intercept Sangen diving for his sword.

Sangen fell forward. He hit the ground with an arrow sticking out of his head.

Heilong stood just a few meters away. Lowering her bow, she looked down at Sangen’s body. “Someone had to be the bad guy. It’s fine if it’s me.”

Bio: My avatar is actually matcha not mint milk tea so everything is a lie.

TYVM for the chapter!

except the PCs who die and drop a card die irl.

I thought the GMs are just the mages and they summoned them for this exact purpose -- to steal their otherworld powers.

Thank god for Heilong. She shouldn't worry though, killing the person wanting to hunt and kill the group for profit doesn't make her bad.

Did they all pull their punches against a human being, or was there some weird skill that Sangen had activated?

Well they didn't want to kill him but he's also a higher level than them and most likely a better fighter.

I like that Sangen didn't get time to grandstand. He just got dusted, and that's that; business done.

Thanks For The Chapter