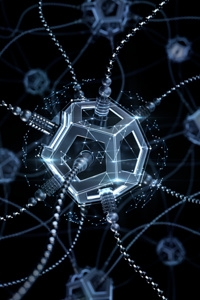 It is a concept that every hero fears in this dog eat dog world. However, to the brave souls that embark on these adrenaline-fueled battles where swords and shields collide, where magic flies through the air toward their unsuspecting foes to smite them into oblivion, the thrill of death is what makes this game worthwhile.

A single misstep, and you will lose everything.

If you die once, it is all over.

Years of hard work, down the drain in seconds.

With your livelihood in your world tied to ours, you will feel a sense of endless despair.

As for me, you may be wondering who I am? Well, am I one of those heroes? No, far from it…  for my role, is that of the guide. I lead those lost little lambs and show them the path forward.

I am the one responsible for their lives. Their survival rests in the palm of my hand.

But there is just one problem… I only have one job... but I can't even do it right.

Please don't mind the beer in my left hand and the cigar in my right. I'm not drinking on the job, I swear.

Style: The world is an interesting mix between standard VR litrpgs, a dash of bladerunner, and a pinch of one-punch. It's an intriguing setup for a variety of potential arcs and a wide range of characters.

Story: Unfortunately pretty improv. Most story elements feel tacked on. Many times you'll ask: 'where was this earlier?' Actions don't always align with characters. But it flows forward well enough.

Character: I struggle to understand the characters. Their actions tend to diverge from our knowledge of them, and how people work. There's a bit of leeway for most of them, as they aren't "real" people. But I wouldn't be surprised for a twist where even the "real" people are fake.

Overall: Its a good fiction, but often suffers from a lack of planning ahead. If this is thoroughly planned out, the outline needs a bit of polish to truly connect all of the great ideas that are attempting to work together.

Suggestions: Consider wrapping up, consolidating, or setting aside some of the active story arcs. You've got a number of character arcs active that are distracting from the main plot. If the characters are going to be the focus, it would help to more obviously force any main plot to the side. Ex: You've drank all the beer in the starter village. You'll have to send [person] to the next area to get more or we can't continue.

Only the first few chapters but there you go..

It's about one NPC IA in a certain scenario that keeps on repeating and its interactions with other NPCs and the VR-players.

The MC himself is refreshing and the point of view is well-made up to here.

The interactions are funny and comical, enough to make it enjoyable.

The background of the story is rather peculiar and the reason I took off one star for now. You can slightly understand the POV of the NPCs for 'existing' but I have a difficult time understanding the reason behind player keeping playing due to a certain meta and the dev's reasons (the one at the end of chapter 1)... but we're at the beginning of this anyways.

Outside of that, the story is fun, light and has lots of potential. It's worth keeping an eye on ;)

Interesting so far, too little story has gone by for me to give a full review without it being unfair (chapter 31 and we basically just finish character introductions ***I hope***)  but I'm liking the characters, my hope is that the MC chooses one and doesnt form a harem but that's up to the author not me.

Overall the chatacters and their interactions are definitely the star of this novel with a strong albeit highly improbable setting. 5/5