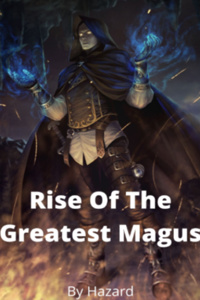 Rise Of The Greatest Magus

Chapter 179: Requirements for a Core Member

Villin nodded contently as he looked at the building before him. Currently, it was three floors high and each floor was even wider than those of the tower in A1.

Villin paused here because he wanted to increase stability and durability. To do this properly he would have to enchant the entire thing. He didn’t plan to do this work all by himself, Rein and the other enchanters would be able to do the vast majority of it while he only had to focus on the connections between enchantments.

There was one Special feature he managed to integrate into this tower though. Since he created it by himself using transfiguration, he felt more connected to the building. He ended up creating some small arrays at various core points of the tower.

He sent over his magic power as tiny strings connected to these arrays and they each lit up.

Then, the tower began to sink. The ground around him shook slightly as the large tower moved lower and lower, until it finally submerged into the ground completely.

Looking at it, it seemed rather obvious a large circular object had been there but a minute or two of transfiguration could fix that up quickly.

Villin nodded contently when he was done. Even though ideally he would have some trees where it had submerged, it was now extremely, extremely unlikely that anybody would figure out that there was an underground building there.

Now Villin had another decision to make, who would be allowed to enter the tower. After thinking for a bit, Villin came to a decision.

The tower at A1 was already extremely good. It was large, decently well-protected, and had everything the members would need to craft whatever they could.

More than anything, this new tower should be a sign of status and strength.

No, joining this tower should be proof you are a true member of Athena’s Forge. That you have accepted the values and taken up the required skills.

With little to no hesitation, Villin decided to make the requirements to get in extremely high.

Firstly there was the crafting side of the guild. Of this members had to be extremely good at either runology or pill-making, reaching the top three in a runic- or pill-exchange was a good requirement.

Then there was knowledge. In order to join this ‘core’ tower, you would have to supply five useful derivatory spells to the guild. Either that or one useful new spell.

After this came combat. When it came to combat, Villin wasn’t sure how he wanted to lead the guild. But after a while, he made a decision.

In this kind of place you couldn’t be weak, you also had to take from your competitors to stay ahead, this had been proven many times by the various schools on this continent. Schools that wanted to be peaceful rarely existed for more than a hundred years.

And so, the combat requirement would be that you would have to take the treasures of a different guild by yourself, without backup.

They would be allowed to choose what guild they would attack, or which branch of this guild. But there were two big requirements Villin set up.

Firstly, you had to let one of the upper echelons of the guild know about your plan beforehand, so you couldn’t take credit from someone else. You also had to remain anonymous during the raid, you couldn’t disclose your plan to anyone, and you couldn’t let anyone see your face during the attack.

As for how you attacked, be it sneaky or head-on, this would be your own choice.

No matter what, this requirement would cause chaos in the fourth/fifth grade. At first, people would surely blame Athena’s Forge if someone got robbed or attacked sneakily. But after a few raids, other guilds would use that reputation and also attack sneakily, blaming things on Athena’s Forge.

The smart ones wouldn’t always believe this and constantly be unsure of who was responsible for certain attacks.

And if chaos created one thing, it was opportunity. The armor created from the giant ants’ shells would sell more quickly than it could be acquired. Their guild would most likely constantly get commissioned for all sorts of jobs from defending a certain guild’s base to attacking a certain opposing guild.

The discontent around Athena’s Forge would flow away like water once the guilds that got through the chaos realized they were much more powerful than before.

And then, to become a core member of the guild, there would be one more requirement. One that requires the knowledge of an art not previously associated with the guild.

You would have to use transfiguration and enchanting in tandem to create a golem that would defend the base over at A1. If you were a pill-maker you would be allowed to ask an enchanter within the guild for help.

Villin was able to create puppets without using transfiguration at all but he knew that required the mindset of a runemaster. It was different when it came to this though.

When he was stuck in a cell for a year protected by golems, he didn’t sit still. He inspected the statues and figured out how they were made to a large extent.

He was confident that the top members of the guild should be able to learn how to create this in a while. First, they would need to learn how to transfigure properly and all that but, as far as he knew, the transfiguration glass isn’t that far away from A1, anybody that wanted to learn it shouldn’t have a problem doing so.

And well, it would take a long time to clear the other requirements as well. Taking down a branch of a guild all by yourself would be extremely hard. The runic and pill exchanges only happened occasionally as well. Creating five good derivatory spells would also be a very difficult feat.

As he set up the plan, Villin nodded contently. Those that came here would be some of the best students around. Over time, Villin truly started to believe that to master magic you had to be a runemaster, you had to be a master tranfigurator and you had to be a genius spell-creator.

As for being a master fighter, (or schemer), this was an absolute must to even survive in this world.

After finalizing these plans of his, Villin created a hole in the ground and entered his newly-made tower.

It looked extremely, extremely barebones it wasn’t enchanted or furnished at all. Yet, Villin really thought that this place would be legendary. It would be the starting point for those that would become legends.

With that thought in mind, he began drawing a complicating magic array on the ground. Two days later, he finished.

The magic array looked very complicated. It was a teleportation array meant to transport people between two points. It used the same theories the arrays near the mission boards used. You could only use it if your magic power has entered both sides of the array.

For now, though, Villin would have to go back to A1 on Fang. He had to create a magic array bound to this one over at the tower they had in the central hub.

The trip back wasn’t too much trouble. Villin couldn’t use any of the teleportation arrays near mission boards since he didn’t have magic crystals on him to power the devices, so he simply continued to ride on Fang.

Unsurprisingly, things hadn’t changed much when he returned. New students were still getting settled in and some of them had begun exploring nearby tiles, there were also a few that began taking the required classes in A1 to get it over with.

When Villin got to the tower, he was surprised to sense the magic power radiating from it. About a dozen students were suspended down the walls using ropes as they were enchanting the structure according to Rein’s instructions.

Villin also noticed that at least two pairs of eyes were looking at him as he approached the tower, they seemed to be setting up very quickly which was good to see. Defenses also seemed rather decent even though he didn’t try to sneak up at all this time around.

When he approached the doors he was recognized and someone rushed to open them. Villin had to admit he rather enjoyed the perks that came with leading the guild.

All over the tower, people were working hard. Pills were being made, walls enchanted, basic decorations placed.

All-in-all they seemed to be quite busy as barely anyone actually paid a lot of attention to Villin after entering.

Soon after, Villin sat in the conference room again, together with Rein, Amelia, and Kayley. Then, he began talking.

First, he drew out the tiles he had explored, writing down notes on each of the tiles he passed explaining the strength of the creatures inside, the type of beasts there were, and what kind of resources could be found there.

Then finally, he got to K11, the locations of the ants.

“K11 is a mixed bag. It is a forbidden zone inhabited solely by birds, bugs, and giant ants. The giant ants have good coordination and their carapace is near-indestructible. I managed to kill a few, their meat is the best I have ever eaten even with my poor cooking skills, and if we find a way to form the shells we get from these ants we will be able to create some of the best armor in the grades. I haven’t properly tested their magical defense, but physically they are even tougher than Blue Mythril.

“I have created a new, small tower over at K12. It will only be available to our absolute elite as they will have to fight the extremely dangerous giant ants.” Villin said seriously.

He chose to omit the deal he had made with the queen ant. He wanted to use the ants to train all the elites, this included his ‘generals’, if they knew about the agreement the pressure of death would dissipate.

A note from Jay Hazard

Heya guys! Thanks for reading! Feel free to leave feedback (positive or negative) at any time! Also, please consider leaving a review!

Support "Rise Of The Greatest Magus"

Bio: A 19-year-old guy who wants to make writing his job!