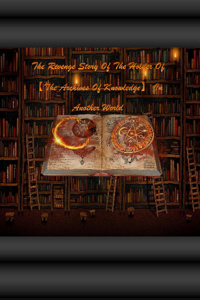 Thank you to all of my Patrons for your support:

This novel is 10 chapters ahead in Patreon, so be sure to become a Patron to get ahead in the story.

Everyone's support is much needed, so to anyone who might consider supporting me, please consider becoming a Patron or you can use the Donate function of this site.

Between the first and second Quarters, there is a one week vacation, and between the second and third Quarters there is a one month vacation marking the end of half the Academic Year, and between the third and fourth Quarters, there is a one week vacation. The Academic Year only lasts for six months leaving the other six months of the year open for the students to work and help their families. And The Academy of Akud gives its students a certificate for every Class they pass, Each Class is an independent training/learning course of its own, and students are allowed to choose up to two courses per Academic Year, and they are allowed to repeat the same Classes even after they passed them, as an example: the Certificate from the Magic Class is used to identify its holder as a first-class Mage when looking for jobs. That’s why The Academy of Akud is used by the people regardless of age to gain Knowledge and Qualifications, but the students in most classes are young, and that’s the result of their parents hoping for them to find better lives, but it’s still possible to find some adults at the Crafts Class and the Agriculture Class and at similar classes that have a lot of students in them.

Today starts the first weekend since the start of the Academic Year, and Soma and Marina can be seen leaving the Dorms right with sunrise, they both headed to the Mercenary Guild and from there to the hunting grounds. And three hours later, right as the townspeople started going to their jobs and the shops started opening, Soma could be seen pulling a cart full of Horned Rabbits and Red Sheeps. The number of hunted monsters piled on top of the cart couldn’t be counted with one look and it looked like a mountain of meat being pulled. And the white-haired man pulling the cart while reading from the red book he was holding in his left hand and the graceful and beautiful Dogmen maid walking beside him was bound to attract attention.

Soma walked towards the poorest corner of Akud pulling the cart behind him attracting people's attention all the while. The place he is heading too is where 5-6 families live together in the same rundown house, it’s a place where the victims of the nobles live. Hunters who lost their jobs because of injuries caused by those working for the nobles, shops owners who had their shops crushed by the nobles, and people who lost their families to slavery because of them ‘supposedly’ failing to pay back their debts. And those people all came together helping each other by cramping as many as possible people in every house available for them. Upon arriving there, people started showing from within the rundown houses one after the other, and they all greeted Soma by deeply bowing their heads, and from behind Soma, came men and women holding chairs, tables, and boxes full of tools such as knives, saws, and hooks used by butchers.

“As the Guild workers informed you this morning! My name is Soma and I’m a mercenary that works at the Academy as a teacher! And starting today, every weekend I’ll go and hunt for as many monsters as I can, and then I’ll bring it all here! This open space will be used to process and sell all that could be harvested from the monsters at a cheap price that all the people of Akud could afford! But working on all of these monsters alone is impossible, that’s why I’ll be hiring the people living here through the Mercenary Guild for help! I’ll pay you the way you choose! Money, product, fixing your houses, or building you new ones! You may choose whatever you want!”(Soma)

The hired workers all started unloading the cart and they started processing the monsters into everything that can be sold, and people who followed after Soma as he walked through the town, went running back to the town and told everyone about what was going on.

“That’s a huge help! Those noble bastards went and raised the prices of everything yesterday and you selling at these prices really is a godsend!!”(Customer)

“We are aware of the raised prices and were troubled by it as well. Even with the normal prices it was hard enough for us to buy food for everyone here, there are days when some of us have to go days without eating anything. But our employer is a mercenary who came from Elk, so hunting weak monsters like the Horned Rabbits and the Red Sheeps is too easy for him, and seeing our situation led to him coming up with the idea of hunting large numbers of monsters and employ people like us to process and sell them”(Worker)

“From Elk huh… no wonder he is strong! But what brought him to Akud?”(Customer)

“Yeah… it seems that he grew up in a poor orphanage, that’s why he knows how hard our life must have been…. Well, that’s what the maid said when the girls asked her about it…”(Worker)

“…Well, that explains a lot! Anyway, thank you! I’ll not take any more of your time”(Customer)

“Thank you and please come again!”(Worker)

People coming and going none stop paying meat, hide, horns, and wool. The workers kept increasing as well, old people who were being taken care of from all over Akud came and offered to work there when they heard that Soma is paying the sick and injured with Healing Magic by permanently healing them. the whole town became involved with what was going on and everything that happened did happen very quickly leaving the nobles no time to react. And finally, the news reached those working for the nobles as their shops had zero customers today and when they learned of the reason they all rushed to their masters to report what happened.

“Where did all those monsters come from?”(Noble 3)

And right now the noble families are holding an emergency meeting to discuss how to deal with this situation.

“There were reports of a mercenary working at the Academy and that he was a fool who dared to go against us! But no one expected that he is this much of a fool!! Hunting that many monsters without our permission and flooding the market with them!! all we have to do is break down the little open market of his and teach him and those who helped them a lesson!”(Noble 4)

“…Are sure that will be effective?”(Noble 5)

“Humph! Even if he is strong enough to hunt that many monsters alone, he is but a single man! What can he do alone?! And even if he is able to take care of himself, that doesn’t include those helping him!!”(Noble 4)

“We can just crush him good so he doesn’t think of doing something similar ever again!!”(Noble 2)

“And be sure to take away all those monsters and any profit they could have made as well!”(Noble 3)

Back at the pop-up open market, men and women numbering more than 50 came and started yelling and screaming at the customers and workers.

“Ora! Ora! This place was deemed illegal and as of right now everything here is to be confiscated!! If you don’t want your asses kicked then leave!! And for you the fools who dared to open a market without asking for permission, you are to hand over all the money you made today along with everything else!! And that’s not all! You’ll also get your asses kicked real good as a punishment! No use wasting your breath begging for forgiveness! It’s all been decided and we are surely going to go through it enjoying it till the end!!”(Man)

Soma lowered the book he was reading and right away it disappeared into thin air, then he stood up “The entertainment is finally here, and I’m sure that I’ll be enjoying it till the end…” and as he said that, he placed his right hand on his sword and started pulling it out as blue lightning crackled and flashed all around the blade, a brutal smile colored Soma’s face as he looked at the 50+ men and women sword in hand.

At the Academy, Zac, Zeek, Nad, Rimi, Alice, and Emma are all together at the training area of the Academy sharing advices with each other regarding the past week when suddenly the sky started flashing blue and lightning could be seen crackling in the distance, they all were surprised but Nad was the first one to realize what was going on.

“I remember you saying that he is able to use something like that… so that’s what it is?...”(Zac)

“No mistaking it! Something must have happened!”(Nad)

“…Whatever might that spell be I must ask him about it next time I see him!”(Zeek)

Back at Leona’s office.

“This must be Soma’s doing…. I wonder what happened?”(Leona)

“I want to know about it more than you do!! This must be one of his Great Magic spells! Leona-sama! Can’t we ask him to make a Public Library here like the one in Elk?!”(Milin)

“Calm down! Calm down! I agree with you regarding the Library, but please don’t go all excited on me like that! Your husband is noisy enough when it comes to Magic and I know he is going to start talking non-stop about that blue lightning later on! So please calm down! If it’s him alone then I can somehow handle him, but dealing with both of you at the same time will drive me crazy in no time!”(Leona)

A note from Kurokaze Ryo

Come and join my discord server!