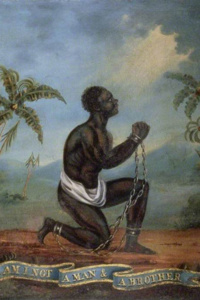 The first four days of Amare in his new life, and his second step at freedom.

Cover does not belong to me. I will remove it if it will bring inconvenience or trouble to anyone.

This is an interesting read, to say the least. It takes some very heavy subject matter, namely Black American slavery, and creates a sort of isekai-esque fever dream. I'm still not too sure what was going on. Was the whole purpose of the short story to explore the afterlife? Or was it really an isekai/transmigration/reincarnation gone awry? I'll have to do a reread and piece my opinions together. What we do have is an interesting read. The chapters are very, very meaty with plenty to read. My only problem was that each chapter felt like they meandered a bit too much, taking their time to get to wherever they were going. The author did ask me to overlook any grammatical issues so I'm giving that category a score I think is fair.

The story is interesting yet can be quite confusing. I feel like there were two MC's, Amare and Master J, so it made the reading a bit confusing trying to suss out from whose perspective we were actually reading. Being that they are basically joined at the hip, this isn't that big of a problem. The character of each individual comes through quite well, with Amare being the new eyes to a strange and wondrous world. I think the author did a great job communicating the fact that Amare has some heavy baggage he is unable to let go of.

Like I said in my Overall section, the jury is still out, for me at least, as to what the story is actually about. All I know is that I found it intriguing enough to want to continue reading. Even though it's only 4 chapters long, there is still enough meat to sink ones teeth into. Still, to answer the authors concerns, I feel that they have the bare bones of a legible and cognizant story. With some shaping and tightening up, they would have a very solid short story on their hands.

I won't spend too much time going over these. For what it's worth, I am going off the assumption that English isn't the authors first language and I don't think this detracts in any way. The writing is rough and can use some work but that doesn't mean it's bad. Far from it, like I said earlier all that is needed is some tightening up and editing and the work itself will be solid.

An interesting, if confusing story. I enjoyed what I read and if ever there is a rewrite or anything of the sort, I'd be happy to give it another go. The take is interesting and how thoughtful the author is shines through. Being able to tackle a heavy subject matter while putting a personal twist on it is tough, I applaud the author for their efforts. Again, with some editing passes and tightening up I think the short story would be solid.