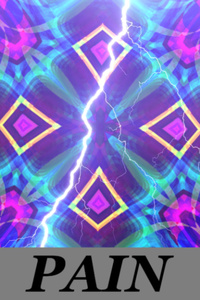 Chapter 20 - Divided Up Myself Again

“Rose, I don’t know what you tried to send me so many times, but it didn’t come through. I thought it might be something urgent, so I wanted to check."

"Okay, no idea what you're talking about, but whatever. You've got a problem. A big problem. Right fucking now. Deal with that first."

"I have many problems. if you want to threaten me; I'm sorry but you're going to have to be a little more specific."

"Stop assuming the worst about everything I say! I'm not trying to threaten you, I'm telling you that you need to put the fucking phone down before □□□□"

"Put the phone down before four squares. Mmmmmmmgotcha."

She sent two or three more texts, but they were mostly made of those little boxes, the kind that show up when your phone or computer can't read a symbol right. Tofu. I wonder how long it'll be until we get to have a normal conversation again. Whatever, I have more important things to worry about. Like, for example, my house that's trying to kill me.

Electricity was spewing out of every outlet like a showerhead on the "massage" setting. The sparks pinballed around the furniture and counters in unpredictable directions, and all the electronics were flipping the fuck out. The microwave door is gone completely, the TV is blaring static, and the lightbulbs are strobing at rates that remind me of things I don't want to remember. I'm surprised my phone held out this long, but it's starting to go off too. It's hard to read the screen now, the whole thing is coated in a flickering silver sheen. Looking at it for so long is giving me a migraine. Rose is still sending me □'s, but there's no point in me trying to examine them if it'll make my eyes melt. She seemed to have gotten the hint and finally stopped texting me for a moment. But then, right on cue, Bunny's phone went off.

Her phone is cheap and old, the screen even more broken and glitchy than last time I saw it. She turned it on (still with no form of security) and looked at her new message.

I suppressed a small chill up my spine. It’s been a while since I’ve thought about this, the names and addresses thing. She explained it a little to me once, but…

"Buns, what's that mean? Why is she sending you that?"

She didn't answer, but she began taking steps to the front door.

After I instinctively grabbed her wrist, she pulled me along with it and spoke.

"Why? Just because Rose told you to? And who's Martin, and what are you gonna do to him?"

For the first time in days, I was afraid of Bunny again.

"You sound like a robot! You don't have to do anything, especially not just because she of all people wants you to!"

That question kind of stopped me for a moment. I felt embarrassed, but I spoke without thinking first.

"I think she hates me. She's hurt me. She traumatized me, hypnotized me, and gave me some kind of demonic dyslexia. I don't think I hate her, but… it's... I don't know how to explain what it feels like to be stabbed in the back by someone you trusted."

I watched Bunny's eyes break contact with mine, falling towards the floor. Her mind was turning, this was bothering her. I can see it in her face that she's being pulled in opposite directions. I want to help her, but I might be the one causing her problem.

I don't know what her situation is like. I haven't thought about it. No, that's not quite right. I've been trying not to think about it. The bags under her eyes, her lack of hygiene, her difficulty understanding when someone is offering hospitality… I know it was obvious, the signs were all there, but it's only now I'm really understanding that she's homeless. Rose must have seen this and given her a place to stay. And, if I can assume, she made that "agreement" in return. Rose clearly wasn’t fitting to be a guardian angel.

I only vaguely found out what Rose was having her do. Bunny said she was my bodyguard, "stopping" people from doing bad things to me. It sort of makes sense, at least with what I know. Rose sent her places to be and people to target, Bunny took care of it, and in return she was given a roof over her head. And she might be out a roof if I don’t keep my eye on her.

“Alright fine, Magnolia Park. In the pouring rain, meeting up with someone I really don't want to see right now. Fuck it. Let's go.”

I hate driving in the dark because what little light there is on the road becomes blinding in the moon. I hate driving in the rain because the lines smearing down my windshield make everything look like it isn’t really there. So, as you can imagine, I’m having a great time out tonight. The streetlights are flashing in rhythm, I can’t even imagine what’s causing everything to go haywire like this. Their blinding lights reflect well off wet surfaces, which is literally every surface right now. It feels like an entire cityscape is being beamed into my eyes everywhere I look. The light streaks and smears, making it nearly impossible to see. The way the lights form into plus signs and diamonds is honestly very pretty, and if I were a painter I’d love to recreate the perfectly dark yet blinding bright lights covering the world in front of me. Though I think I read online that’s actually a symptom of… Oh, right.

“Bunny, open the glovebox for me.”

She fumbles in the dark, but eventually figures it out.

“Hand me that little brown case.”

I forgot that I picked up my glasses earlier.

She hands them to me, and I put them on my face for the first time.

Oh God. That’s… That’s much better. Was I really this blind? Is this what other people see all the time?

Driving became so much easier. No more trying to guesstimate how close the turns were. I can actually see the potholes before I hit them. I was swerving much less than before; except for a few minutes later when I swerved because there was a sword sticking out of the road, blade-up.

“You stopped the car.”

I let my foot off the brake and inched towards it until it was right outside my window. Yeah, that’s a sword. A longsword, unless I’m mistaken.

I turn my head to see if anyone’s around. I don’t think this is a very often-used road, so It seems safe…

I roll down my window, letting in a giant blast of wind and water that makes me gasp. Powering through, I reach out into the road and carefully grasp the cold metal of the sword. This would be much easier if the handle wasn’t wedged into the ground. It’s heavier than I expected, and it took all my power to get it inside, but I did.

“Why did you take it?”, Bunny asked once the window was closed securely once again.

“It’s a longsword Buns, why the hell wouldn’t I take it?”

“Why would anyone leave something this precious lying around?”

I turn on the overhead lights and inspect it.

The metal blade is dark, nearly back, covered in dirt and rust. Down the front are inscribed four letters I can’t read. I admire it for a few more seconds, then remember what we were doing. I carefully set it on the back seat with the rest of my garbage.

“Sorry. Back to Magnolia Park.”