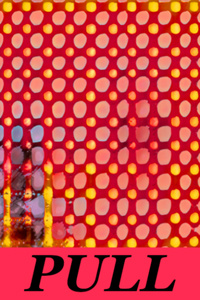 Chapter 5 - You Have To Answer Back

It’s a weird road, 17th street. It’s more of an alleyway that some people can legally fit cars through. It turns and zig zags for no reason, making you feel like you’re trapped in a labyrinth. It’s not one, though. There aren’t even any intersections or branches in the path. It’s just one jagged, incomprehensible line. It’s too noisy, and too smoky. The fog in the air is dense enough I’m expecting to see my reflection in it. There are a lot of tiny restaurants here, a lot of them with outside seating. Most have TVs inside and outside, blaring random channels so loudly it drowns out all the shouting people. Sports, sitcoms, C-SPAN; whatever you feel like watching, there’s a gross pub here for you to enjoy it in. I have no idea what their target demographics are like. Who wants to watch Gabriel Iglesias’s new special on 110% volume while angry drunkards fill your lungs with smoke?

The kind of people that go to 17th street do. I guess that’s the demographic.

Rose didn’t actually specify which bar she was talking about; she just said “the bar”. Actually, she didn’t even say they were meeting. I kind of assumed that. But I have a reason to. I happen to know of a sports bar where Rose got dead drunk once. I was the one she called to pick her up. Her hair was ruffled, and her breath stunk; thank God she was wearing clothes, though I didn’t have the heart to tell her she was wearing them wrong. On the ride back, she told me that she stole some guy’s wallet. She took the money out, filled it with “exclusive coupons”, and slid it back into his pocket. That was a crime, and I heard a show on TV say that criminals always return to the scene of the crime. Actually, I watched that show here.

It’s about five minutes before 8 PM. I ordered a soft drink and some nachos and sat at a back table where I could see the front. This is one of the nicer places on 17th street, meaning it’s actually building-sized and not shed-sized. I kept a constant check on the door, waiting for one of them to enter.

As I sit here, I start to wonder what I’m doing, as one does in these situations. Why do I care what my friends are doing? It’s not like I’m jealous of them. In fact, I would love to never have to be in this particular bar again. It was so embarrassing when I had to pick Rose up. I told her that I’d never drink with her. I wouldn’t risk being caught in public with a drunk Rose if it wasn’t for the mystery. But even then… the “mystery” isn’t even that deep. If they make me tell them, they might think I’m stupid.

I have to give Bunny her phone back, anyways.

I have Bunny’s phone. She doesn’t have it.

She never saw the text.

A sense of embarrassment and dread washed over my lightly nacho’d face. Rose and Bunny aren’t meeting up tonight, because they couldn’t. Well, at least, Bunny isn’t coming tonight. She doesn’t know she was even invited. It’s possible Rose might still show up. Besides, it doesn’t seem exactly out of character for Bunny to not respond to a text.

As soon as I thought that, I regretted it immediately; because that was exactly when Rose kicked in the door.

Every head in the establishment turned to look at her. She’s wearing a plain white T-shirt with a stylish(?) pink jacket over the top. Her black jeans were contrasted by her pink hair, their own black roots showing in the middle. She sauntered over to my table. Shit, now they’re looking at me. I take a napkin to my face and curse my choice of 8 PM snack.

She sits herself down at my table and smiles like the cheshire cat.

“Good evening Mina. I was expecting you.”

She rests her chin on her palm, clearly happy with herself.

“I told you earlier. I won. Not just the game you made up for me, but the bigger game, too.”

“Okay, no more mind games. Just explain this to me. Preferably in a way that doesn’t give me a migraine, please?”

Laughing boisterously, she began to explain.

“Bunny was at your house last night, right? She came over to my place in the morning. Uninvited, but not unwelcome. Then, she realized she left her phone at your place. Then, I took my opportunity. I invited you out for drinks tonight.”

I let my forehead hit the table.

“Oh, and you’re paying. Right, Bunny?”
I lifted my head back up. I looked around, no Bunny. I never saw her walk in the door. Rose was also looking for her.

“That’s weird,” she said in a much more acceptable indoor voice than before, “she was with me just a minute ago.”

We silently stood up from the table, and after I paid for my food, we went outside to find her.

17th street doesn’t have great visibility. It was because of that, or maybe because she’s so short; that we couldn’t find Bunny anywhere. After half an hour of poking our noses into every smoky pub and diner we could find, we needed to regroup.

“Did you check the little vending machine area near 15th street?”, I asked.

“That sounds like her. But if she left, she would have had a good reason to. She’s very methodical.”
Methodical? I’m not sure that’s a word I would use for her, in my experience. Maybe I’d use the opposite. She seems so vacant, like she’s always wandering. I wonder what she’s seen that I haven’t.

Rose stopped dead in her tracks.

Where? I was looking all over, I didn’t see her anywhere. But after Rose pointed her out I did. The eight story building right there on the next road over. She was on the roof, looking back down at us.