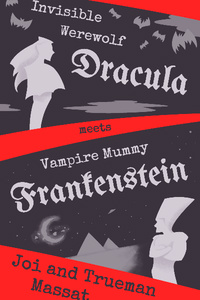 Child of the Coffin 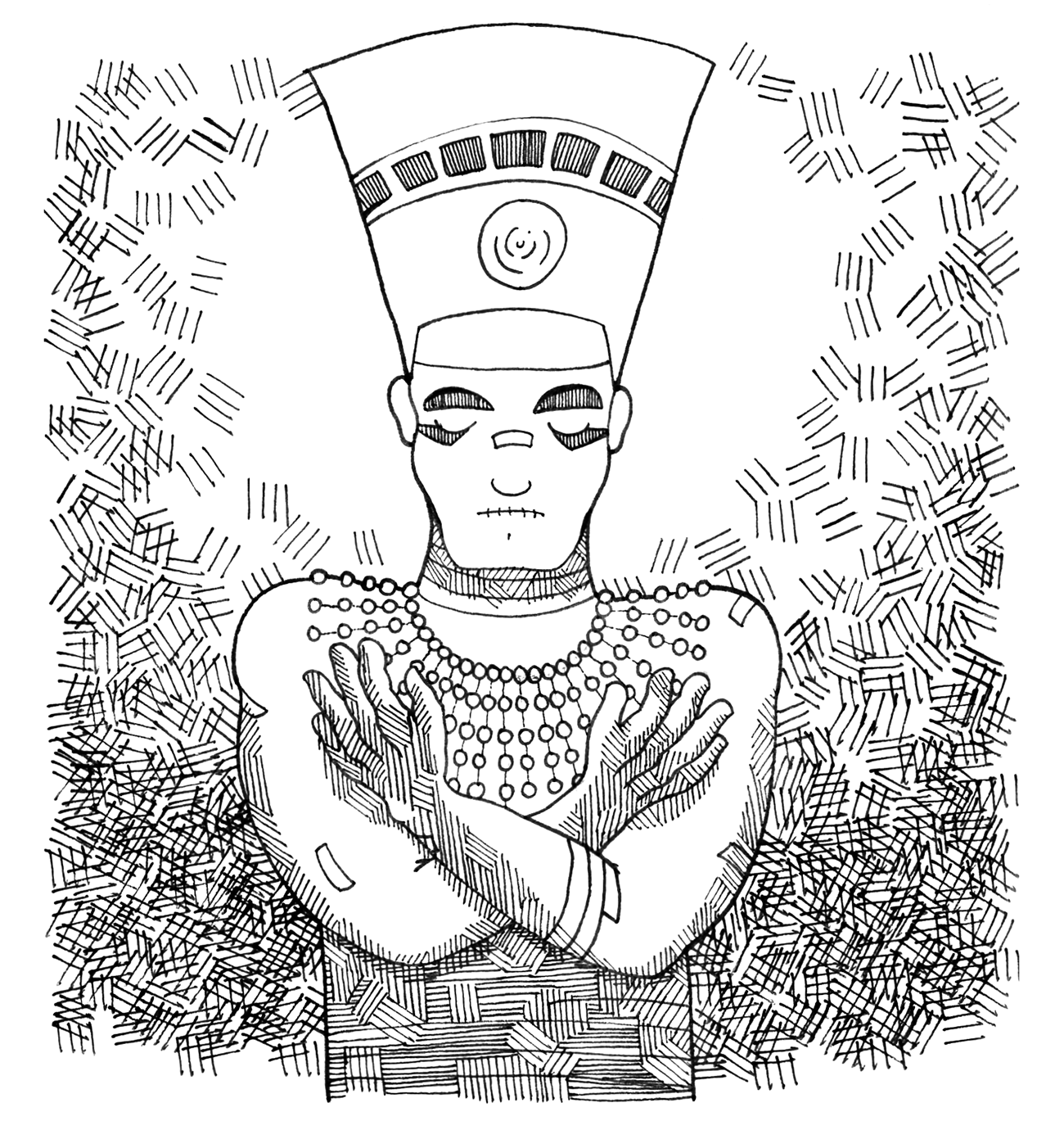 Darkness. Darkness, everlasting. These are the words that would come to the mind of one inside of a coffin, had one been inside for what felt like an everlasting amount of time. They are not, however, words that would come to mind had one entered a coffin the correct way, being deceased, or had the coffin-dweller entered such a state by being iron-maidened with extreme malice. Had either of these things happened, one would neither hear one’s coffin’s bare-handed open-wrenching nor feel the kind sting of twin fangs sliding into a dried husk of a neck. But one might feel the blood rushing familiar into their veins, the quickening pulse, the lifting of slumber’s haze from their mind—

Frankenstein’s monster opened his eyes and gasped the gasp of a kid jumping out of a swimming pool. “I’m alive...I’M ALIVE!” he roared victorious before sputtering handfuls of dust from his mouth.

Overstanding his coffin was a mysterious figure who seemed to be a shadow given form. He was the dark—consumed by it—though the truth was more mundane; black wrappings, extraordinarily tight, bound him from head to foot, concealing even his face. And then over that was a cape.

This cloaked and wrappy stranger bore a lantern, the glow of which skewered the eyes of revived Frankenstein for a moment; as the vampire blood flowed, however, his eyes quickly, superhumanly adjusted. Above him was no mummy. The black wrapper fell with a practiced shrug of the visitor’s arms, landing in a coil among the thousand-year-old sand. His condition required that he wrap himself so, to withstand Egyptian daylight…for his ears were lightly pointed, his moustache was long and silvery, his eyes were a heavy crimson, and his teeth were triangular.

“Greetings, my dread Frankenstein,” he said. “My name is Count Dracula, and I have come for you.”

Memories of the extombed monster's old life pounced upon him. “Do not befoul me with that name! I curse the name of Frankenstein!” raged he. “I would sooner suffer a thousand deaths than bear such a name. I beseech thee, never call me by that name again!”

“But it is accurate,” Dracula debated, keeping calm. “You were born into this world by the hands of Victor Frankenstein, which should legally deem you the son of Frankenstein, ergo, a Frankenstein. Or, more accurately, Frankenstein Junior.”

“Blast you and your logic and have a heart, stranger! If you wish to associate with me, I have rightly christened myself with mine own name which you must come to know, and once you have known it you shall rue ever identifying me in any other fashion.”

“My name,” the unnameless man declared. “My name is hitherto to be known as: Adam.”

“My loquacious friend Adam!” accepted Dracula. He continued with a sweeping bow. “Good evening, and welcome back to the world of the living.”

Setting the lamp by his feet, he reached into his plentiful cloak...and retrieved a hand mirror inlaid with millions of dollars’ worth of precious gems and golds.

“I know you detest the sight of yourself, but stay your nerves. It is important that you see the man you have become after more than a century of sopor.”

Adam peered in the glass—and recoiled from shock. There was more to him now than the parched skin, matted hair, watery eyes, and dark lips he remembered. Now he was patched with papyrus which, unlike the wrappings of the everyday mummy, concealed him selectively, hiding the tracks of stitches. Upon his head sat a golden headdress in the make of an ancient Egyptian pharaoh's, a conical cylinder with an orange disc attached above the brow. And most alarming of all, his dried flesh changed before his eyes! Grey faded to pale tan, and his newly embloodened flesh grew firm and succulent like a dry sponge dropped in a bucket.

His canine teeth suddenly sprinkled onto the ground, replaced just as quickly with sharp, carnal fangs. Immediately his reflection began to fade.

“My mother!” exclaimed Adam with a start. “What manner of transformation has occurred within me?”

Another memory, torchlit, broke the surface of the lagoon’s edge of his mind. A memory, one in which Van Helsing and his assassination squad cornered him in this pyramid, long, long ago. With little strength and nowhere left to run, he was pushed, finally, into a wide-open sarcophagus, and slammed shut inside, crushing whatever riches or refuse had remained within.

“My hypothesis—as I became a man of science long ago,” Dracula declared— “would be that from the day you were sealed within your container, you began a slow process of fusing completely with whatever shared the coffin with you. In short...” He replaced the mirror within his cloak. “You are become Ozymandias, ancient lord of the Egyptian sands, as well as vampire, by my fangs. You would do well to recall your reflection, for this may be the last time you ever see it—a cheap price for resurrection. And now do well, as well, to follow behind me; I myself would do well not to lose you in this tomb labyrinthine.”

The pair made their long trek up through the ancient tunnels. Scaling steps, Adam relished in the stretching of the joints. His body, he found, was far lighter than previous. And could his fingernails possibly have been sharper? And, for some reason, his palms were growing thin bristles of hair, which were not altogether that nauseating but still less than gusting.

“I do apologize for the palms,” Dracula said. “That is one of the few negatives of becoming a vampire, but you will adjust to it quickly. They are quite good for polishing shoes, I assure you.”

“But Dracula, why do you restore me so?” questioned Adam, following diligently behind. “What use could I, a cursed demonspawn (for my creator must have been a demon to create such a terror as myself), have in this world? I am still such an unsightly wretch as to ruin everything and everybody I love. Tell me why I, uncomprehending, should not turn away and re-confine myself to this underworld for the betterment of man.”

Waving his worries away with a smile, the head vampire said, “Enough of your self-despising drivel! You are the ultimate victim of circumstance. This world has changed in the past few hundred years. It has become less and more critical of appearances, in few ways, and in many ways. Though I would have preferred to revive you into a more peaceful era, you are needed in this world more than ever, my dread Neo-Ramses. How I wish your slayer’s notes had come into my possession sooner...alas. Prepare yourself for your re-rebirth into the world of the living, for here lies the exit.”

The doorway drew closer with each fateful step. Though it was evening, the blue that now entered the pyramid’s hall seemed to have a friendly glow. And that skyline gleamed with starlight, not only of white, but also of sparkling red and blue.

The pair stepped closer, closer, crossed the threshold, and...

“WE HAVE YOU SURROUNDED,” boomed a loudspeaker.

And thus the adventure begins in kind.

Thanks for checking out my wacky monster tale! There's more to come.