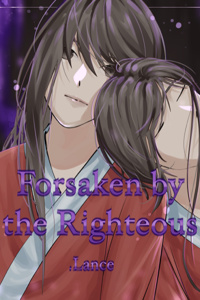 Remove Ads
Settings
Next Chapter
"...cough..." A boy, Shuang Xuanyi, looked around the abandoned building. The floor was cold and damp, likely indicating that the rain from the previous night had leaked through the rotting ceiling. The building was in a very bad condition, as if it was on the verge of collapse. Splintered wooden planks and boxes were strewn around, making it hard to see the entire area, not that it mattered.
He could feel blood dripping from a gash his left cheek and mumbled dejectedly, "...that's gonna leave a scar...."
Once he realized that thinking about a scar was not the best course of action, he realized that behind him, the boy that had tried to save him, Zhang Zhixu, was tied up as well. Zhixu was unconscious but didn't have any visible injuries.
"Hey! ...Zhixu, wake up!"
"..."
Xuanyi tried a few more times, but gave up and just sat there. His head hung down in defeat, he knew that the ropes were way too tough for him, a scrawny teenager, to break out of. There was no point in wasting strength struggling. Just then, he heard a soft mumble and noticed Zhang Zhixu's eyelids flickered open in confusion. Zhang Zhixu was a bit muddle-headed, but, then, he realized that they had, in fact, been kidnapped by that gang!
He felt a bit embarrassed when realized that he had failed at helping Shuang Xuanyi, "...We got kidnapped? Did the gang do anything to you?"
"I haven't seen anyone...Hey, but are you ok!? You've been out cold for a while!"
Zhang Zhixu chuckled, "I think you have way more injuries than me!"
"Ha..."
The two sat in silence for a while, thinking of how to start a conversation. There was an awkward silence, as they were not too close of friends before. It's just that, both of them had always wanted to be friends, but actively avoided each other, both for the same reason.
"Xuanyi, sorry for being so rash earlier, I rushed over without thinking. If not for me, we would be back at the sect right now..."
Shuang Xuanyi smiled, "No. You were trying to help, in fact, it makes me happy to know that you are such a great friend!"
It was at this moment that Zhang Zhixu felt extremely grateful that he could not visibly blush.

"Shuang Xuanyi," A tall and elegant man with a cold demeanor spoke, his layered red and white robes brushing the ground in the wind. He was the sect leader of Yun Fang Sect.

Xuanyi's inky hair was a bit disheveled, as he had been called over as soon as he woke up, without the time to groom his hair, "Y-yes, shizun?"

The sect leader Yun took out a broken sword from his spatial ring and handed it to Xuanyi, "Take this to craftsman Bai. Tell her that it must be repaired."

Shuang Xuanyi hurried out the door, towards the main road, while sect leader Yun watched over him, silently. Sect leader Yun sighed and went back to his work. Grading papers really was way too tedious, especially when the disciples were fooling around and wrote joke answers. Ah, how great it was to be a young disciple without worrying about such things.

He walked through the familiar streets, glancing at the beautiful nature that invaded many of the buildings. The colors of the sect were red and white, which looked very vibrant in contrast to the dull green vines sprawling across the wooden walls. The buildings were not abandoned, however. It was just that, in Yun sect, the elders got mad whenever anyone messed with the foliage, nobody ever said why, so the disciples had let it overrun the place.

Xuanyi took a few shortcuts, wanting to finish his errand quickly and go study afterwards, and ended up in a sort of alley. It was quite dark, but he was not scared, since there was no record of any major crimes within the sect grounds. Ironically, just then, a few big, burly men appeared from the shadows, swords unsheathed!

All of the men were very tall and muscular, heavily tattooed with what might have been gang symbols. Their clothes were dark, as if to blend in with the alleys, what bad luck it was to run into them. In contrast to everything else, their swords were elegant and beautiful, probably transformed humans that were kidnapped...

"Peh!"The leader of the gang spat on the ground as he demanded, "Come with us or we will take you by force!"

"You-!" There was no way out for a scrawny boy without a weapon.

"Are you ok?? Is there a way ou..." Zhang Zhixu jumped from a rooftop and kicked down the gang member with the most tattoos. It looked quite heroic, however, that would not last very long.

"Brats, you dare!" Zhixu got punched in the gut and fell over. Xuanyi winced.

"That's it! No more nice guy, you get the rough treatment!"

Zhixu was the last person he looked at as everything went dark...

Just then, the doors slammed open and they saw two gallant figures that stood in the sunlight!
One of the figures, seemingly a girl, was quite tall and looked tougher than most men. She methodically scanned the building for enemies, but only found the two poor boys, completely beat up. She spoke a few words to her companion, who was a cute boy with quite a feminine demeanor, and then, there was a bright, flashing light.
A sword appeared in her hands. It was an elegant light red and had many cute tassels attached to it, definitely clashing with her own rough looks.
She cut at the ropes and introduced herself, "Yo, I'm Mo Aohan, and this-," She pointed at her sword, "-Is Pu Xialan."
"Oh, uh, hello. I am Shuang Xuanyi, and this is Zhang Zhixu. Where are we and why are you here?"
"No idea, I'm just here for a bounty."

Bio: Aye, I'm just a writing noob that likes reading bl xianxia. I usually draw all day, so my writing is not so good.