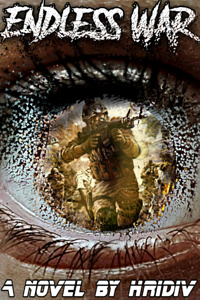 "I have never seen a war drag on this far; as if it has no ending"

With Biological Warfare and advanced weapons, the Keuka organization obsessed with spreading its Keuka ideology was slowly spreading its influence.

The desperate attempt to stop them gives rise to the Eagle Force with its members consisting of highly brave and skilled combatants.

With their advanced and more powerful suit, can this force turn the tide of the war?