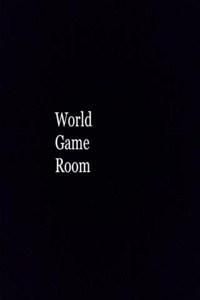 Want to be a winner? “The World Game Room is the most rewarding experience I have ever undertaken. 10/10”

If you see an app with this description and these reviews DO NOT click it!!! You will be entered into a horrible, terrifying world where you will fight for your life every day through puzzles, escape rooms, and survival scenarios.

This is a book about a game with high stakes. Losing seems to equal death.

Style: Lots of thick paragraphs. Perhaps a bit unneeded. I feel a lot is said without getting shown in the first parts. But after time, it delves more into thoughts by Illiya. I give it a three. The style is not that impressive, nor that distasteful either.

Illiya and his friends are unassuming. In fact, I would say Illiya is too calm most of the time. It's almost as if none of them realize the stakes. At most they shiver or shudder. It isn't until a dark event that Illiya vomits. But Peaches and the moderators are larger than life. They make up for the humans.

Story: It has a Yugioh Season Zero type feel. They play games. And losing has consequences. Plot flows smooth from chapter to chapter. But there are twists. And these twists change the game.

All in all, I would recommend this book.

Other notes: The title is kinda unassuming too.

Great pacing, great characters! I really like where this is going, and cannot wait for more! As someone who isn't really savvy on horror, this one really caught my eye.

A large portion of this story gave me Kakegurui vibes, as well as Death Parade vibes, if any of y'all know what those are. Games that involve your life on the line are always fun to read/watch about, and this story delivers rather well in that regard. A simple, easy to follow prose that's popular because it works.

Grammar overall is pretty good, though, paragraphs get a bit large at times. It's nothing game breaking, though. Pun intended.

as usual, reading outside of my genres and with severely limited time (alas, like the protagonist of this story, i am but a poor grad student...) but

the main thing i want to point out about this story is that i really enjoyed the style. like basically all works (i assume) on royalroad it isn't professionally edited so the text is a bit raw in places, but the overall flow of the text is solid and it has plenty of lines that made me smile

it is a very approachable story with a premise that basically any young person can relate to, and it is up-to-date with internet culture so you will have no problem imagining yourself in the situation

so if you are looking for relatable adventure/horror about games/virtual reality/etc, go for this one!

I feel the story is shaping up to be mystery-horror story with some game elements. Don't let the beginning fool you, although it is a bit slow in the first 3-4 chapters it gradually picks up.

I like the premises of the story it didn't leave any plotholes if there is a thing i didn't like in the story it would be, i think that the author implied in a chapter that it was MC choice to explore, seemingly making a character driven story but it fell short for me because the MC characteristics didn't show out why he did so, it felt more plot driven. But otherwise i genuinely liked the story.

For me the style was on point which followed a story based on puzzle solving/detective work, it detailed the scenery and then explained the thought process of the characters, and the dialogue naturally followed.

I had no problem with the grammar I was able to read with no problems.

The characters each had their own distinct qualities so no problem with that, if i had to pick what i disliked it would be the characters acting out but i was not really convinced on why they did that.

An interesting take on the genre

Style: The narration is in third person. The story flows well, the dialogues are interesting and not an exposition dump. We also get a pretty good ‘view’ of how the MC and other characters think and what they are up to.

Story: The story makes sense so far, everything is more or less explained. Of course, there’s still questions but that’s normal at this stage of the story.

Characters: So far, the main focus is on Iliya. Other characters are also present, but not as developed as the MC. It should change in the future.

What should I say?

A very enganging story, thrilling and full of suspense that took place in real world.

The story concept are different from most litRPG I've read which enganged in fantasy world. Its realistic and easy to relate with. Imagine the horror of someone showing up at your front door for a death duel. Nah, I don't want that. I love the concept though.

There's a lot of thick paragraphs throughout the chapters, enough to scare the reader.  It easy to get lost between lines especially when I read from my phone.

Well written in terms of grammar and writing style.

Characters are well-developed but I found them quite calm most of the times even when facing danger and death.

I love the cat! Always love cats! Peaches are lovable.

I'll be the first to admit that, normally, this type of story is not my cup of tea. However, Melanthe made a genre that usually disinterests me both engaging and rewarding to read. The writing has no glaring issues, the characters feel like real people in how they speak and act, and the plot is making what seems to be good progress.

From what I can tell, the story is still building up toward bigger things, but what we've been shown so far is interesting enough to make me want to know where the story is going. Overall, I would reccomend this as a good read to kill time.

Wow, this was a good read.  The WGR is an interesting take on LitRPG, and I can't wait to see more!  Without spoiling too much, the story features cute kittens, inventive solutions, and killer(?) clowns.  I highly recommend it!

A very engaging story, and a nice take on a real world survival game.

I like the premise, and the way this 'game' plays out is very realistic. At least considering there are still a lot of open questions, but everything feels consistent and makes sense in the story's context. The game elements don't detract from the story. It's the kind of read where you just want to read one more chapter, the pacing is good, and the storyline engaging.

The style is good. I personally would have preferred it to just follow Iliya, the MC, which it does most of the time but sometimes dips into what's going on with other characters, but that's a matter of personal preference. There are a few awkward phrasings, and I feel like the name Iliya is repeated a bit too much in some paragraphs, but that's a minor issue. Overall the style is vivid and flows well.

The grammar is also quite good. I noticed a few typos, but not nearly enough to take away from the story.

The characters are drawn well. I think the MC might be a bit too self-posessed, accepting this weirdness a bit too easily, but otherwise he's described well and feels realistic. The side characters are also vivid, even though they don't get much pagetime (so far), but I got a clear sense of each of them. Well done.