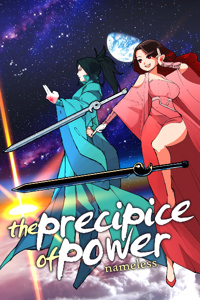 20 - A Lesson in Cultivation

Hey! This is a super special shoutout to Doing God's Work, a corporate fantasy involving deities from various mythologies. Don't let the genre fool you, though, this story has some of the most gripping plot I've ever read. Also, the author is super wholesome and nice, so what's not to love? If you like satire, myths, or anti-hero leads, I highly recommend you give this a try! ^.^

Seira slammed her palms together, decimating a group of obsidian turtles with a wave of spraying fire. Their ranged techniques would cause serious damage if they got a chance to prepare them, but the first rule of a fight was to keep up the pressure. A stony wolf lunged at her back, and she twisted around, sending cracks across its torso with a blade of cutting flame.

A metallic fox jumped towards her arm, and she seized it around the neck, increasing the flames around her hand. As she drove it into the wall, the dull silver shine of the creature quickly turned bright red, deforming underneath the pressure until it broke.

She wiped sweat from her brow, and the liquid evaporated as soon as it came in touch with her still-superheated hand. She was glad that these conjured creatures were so much weaker than their material counterparts — even before coming to this world, she would have never been able to melt naturally-occurring stone.

Still, that seemed to be the last of room nine. She moved towards the door, preparing to activate the doors —

A low rumbling filled the room, and a jagged hand of cobbled stone rose from the floor.

She froze. What was that?

A hulking giant stood before her, with a single glowing eye shining bright on its chest. A shroud of flames erupted from her, but the creature just cranked back its colossal arm, speeding towards her with the force of a crumbling mountain.

Kiro woke once more on a bed of grass. He instantly shot up, hands reaching around his throat, but the wolf's jaws seemed to have left no mark. What had happened?

"Ah, good! You're awake." Aer gave him an apologetic smile from a few feet away. "The dungeon's creatures will stop before permanently injuring any trainees, but in order to mimic realism, a technique is used to knock you out whenever you would be incapacitated."

"A lot stronger than you thought, right? That's fine. I was observing you while you fought it, and fundamentally you didn't do anything wrong."

She had to be joking, right? His performance had been pitiful.

Aer must have seen the look on his face, because she sighed, looking him in the eyes. "Kiro, I'm serious. Yes, you made a lot of slip-ups during the fight, but most of them can be attributed to a lack of power and experience. Your mindset was right from the start, and you have a good instinct for dodging and counterattacking. Good job!"

"I, uh, I'm grateful for your assessment, honored Saint."

He looked down at his hands, circulating more mana to them with a flex of his spirit. He wasn't used to being complimented on anything except his alchemical ability, and even then it mostly came from Seira or Meng. It felt... strange, but surprisingly good.

Something stirred next to the Saint, and he recognized it to be Rynn's unconscious body. Aer gently shook the man, and he awoke with a start.

"Great job there, Rynn! You did a lot better than I expected."

The man growled, sitting up. "No, honored Saint. I failed to even get past the third room! If this is all that I have to offer, how can I ever stand up to the clan and protect those I love?"

Just then, another figure floated out, this one conscious and screaming. Seira landed next to them in a heap, and her entire body was engulfed in flames. She hopped up a second later, the technique extinguishing.

"You did well, Seira, but that strike would have crumpled you. The golems are much stronger than the wolves."

Seira looked crestfallen. "... Was it really that much stronger than me?"

The Saint nodded. "The turtles were too. You just didn't underestimate them, like you did with the golem."

Then Aer turned, addressing all of them. "I'm really happy with what I saw down there! All of you demonstrated some clear effort and willingness to adapt, which is crucial when it comes to the cultivation world. However, I think that we all know where we could improve."

Seira bit her lip, sparking a tiny flame between her fingers. "I got overconfident. My experience with the previous rooms made me assume that I could take anything that the dungeon threw my way, so when the golem came, I just prepared to take its strike like I did with the wolves and foxes."

Foxes too? There were so many creatures in the dungeon he hadn't been able to see.

"Good, good. Anything else?"

The flames spread to Seira's palm, and she frowned. "I was too slow to react to the threat. I thought that the fight was over when it wasn't. Plus, on this world my mana isn't moving as fluid as it used to."

"All very good observations." Aer patted her on the back, moving to Kiro. "What about you?"

"I... I was unprepared for the wolf's strength. If I had anticipated that it would have overpowered me so easily, I could have tried another approach rather than blindly rushing in. I fumbled my mana as soon as I got distracted, and then I was constantly one step behind."

The other man glowered, his fists shaking. "I was weak."

Kiro looked at him, sighing. Just days ago they had both been Suns, and now Rynn was speaking as if he had fallen from the greatest heights in the world.

Seira opened her mouth to say something, but Aer stopped her. "No, he's very right. With enough power, all of you would have managed to win your respective battles. Seira, you would have been able to take the golem's strike. Kiro, you would have never been knocked down by the wolf in the first place. In the cultivation world, strength and the lack thereof are most certainly important factors when considering your combat ability."

Kiro slumped. So he truly was never going to be as strong as Seira, or even Rynn for that matter. If he would always be one step behind, why had the Saint even taken him?

Aer's silver eyes twinkled, and she winked at them, reaching into her bag and tossing them each a tiny red sphere.

"These are nothing but condensed mana, the perfect resource for any beginner fire-aspected mystic to cultivate. They aren't the fastest sources of mana in the world, but they certainly aren't the slowest, and more importantly, they are pure and steady enough to allow for a stable foundation. Why don't we spend the next few hours getting some cultivation in?"

Seira immediately popped hers in her mouth, sitting down in the Hong Clan's traditional cultivating position. In his mana sense, Kiro could feel the glowing energy gushing out of her pill, which was smoothly grasped by her spirit and captured by her channels.

Rynn sat down too, and Kiro hastened to follow. He could already feel the power of the treasure pulsing through his skin — it was pleasantly warm, like a cup of tea just cooled enough to be drinkable. He closed his eyes, reached out with his mana sense, and nestled the pill under his tongue.

Instantly, his mouth exploded with mana. Pure, burning energy burst from the sphere in pulses, and he struggled to take control of it all. He took a breath, but his lungs just burned, filled with volatile mana instead of air.

"You can do it. Just capture it into your blood."

A hand gripped his shoulder, and Aer guided his spirit, wrestling the mana back under his control and pushing it into the proper spaces.

"Now, from your blood into your channels."

Whereas going from his lungs directly to his channels had felt like trying to push his spirit through mud, taking the mana through his blood came as easily as taking a breath. The gushing energy from the pill obeyed, flowing in a steady stream through the loops where his existing mana rested. The two substances melded, and he exerted his will, making them a part of him once more.

"Perfect. Now, I want you to funnel it into your core."

He gathered some mana from his channels, pouring it into his core like a river flowing into a lake. His limbs immediately felt heavier, but his core filled, and a strange feeling came over him.

"More mana. You're almost there."

He gathered more of the pill's released energy, pushing it through his system in the same way that he had done before. His core filled even more, stretching slightly before —

His mana burst through his core's boundaries, flushing through his system and burning away impurities in a wave of cleansing fire. Black sludge covered him in the second time in two days, and flames erupted from his mouth as he whooped in triumph.

He had advanced again! It had been near effortless!

He stood, and a spray of water hit him, courtesy of a conjured raincloud.

A smile slowly crept onto his face. In just minutes of cultivation, he had already advanced more than some did in years. With a Saint in his corner, how could he ever fail?

A note from Nameless32

Also, I'd like to post a link to my discord, The Hydration Nation. Here, you'll be able to get updates about how chapters are coming along as well as discuss the story with fellow readers! I thought that I had posted this link before, but I think that it got lost in some chapter merging, so here it is again! Now, you won't ever have to wonder when the next chapter is coming because of my snail-paced writing speed!

P.S. If you join the discord, you might also be able to beta-read a super secret project of mine ;)