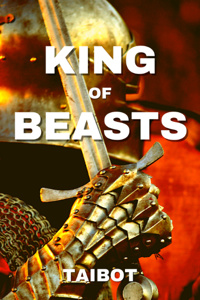 A man has been reborn into a land of magic that is rife with strife, death, and war. Perhaps he can shift the world into a new age with his newfound powers.

This is the first draft of a project that I update daily. I usually post first on my Patreon though.

Unfortunately its narcotic to read

Reviewed at: S1 E006 - Would you like to come have some fun with me instead?

The idea might have some merit but the writing is an unfortunate mix of wrong grammar and bad style. So much so that it's rather hard to follow the happenings and sucks out all the excitement and suspense of any scene.

I'm mostly just trying to parse what is happening in the scene with many a situation ending unexpectedly where I'm left wondering how the situation did actually get resolved.

It's sad that people are sleeping on this story, it's amazing.

I like the main character a lot, the fact that he struggles to make life better for his people while at the same time not shying away from the darker sides of having power is a breath of fresh air and a welcome change from a lot of the one dimensional leading characters in other fictions. I notice that sometimes authors tend to throw setback after setback at their MCs in an effort to, I dunno, add more tension I guess, but here that's moderated and in the end the fact that he's fallible instead of just coasting through troubles and relying on plot armor only adds to the charm. His successes and failures are very realistically written, given the situations he finds himself in. As a special mention, the speech in chapters 82/83 reminded me a lot of Alexander's speech at Opis, it was great, you could really feel the passion and regrets of the MC pour out of him.

Reviewed at: S1 E010 - He has come to deliver justice, and his wrath will be upon them soon enough.

Its really fast to the extent that the speed means characters thought processes don't seem to get a full working and instead come across as hollow.

The MC is brought into the world with super strength and then within 2 chapters is gifted by a legendary creature with flight, teleportation, control of fire, control of water, and "immortality".

There has been no adjustment or shock period in this intro. That said there has been plenty of death with the MC already having a kill tally of over 30 not because he's forced to kill but because they are threating children and he has the power to stop them in the most badass way possible.

None of these facts are necessarily bad. It just shows the kind of story your in for. If you want such a story go for it, the grammar is solid.