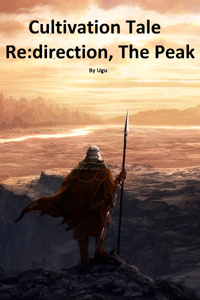 While everything settled in the grand hall, things were moving on at The Peak as well.

With the disappearance of the sentient dragon, there were only two champions left. The knight reabsorbed the death energy used to form his dragon back. Since there was no longer a gigantic body to fight, it was better to focus his everything onto himself. It did take some of his mental concentration away to control that thing. That being said, his final opponent was not much. After so many rounds, he understood him and his strength. While he was impressive, it was not enough. The him of the past, when he was alive, would never have been a match. But the him now? The him revived through his Lady's blessing? It was impossible for him to lose.

He spoke to his opponent: "An honorable foe deserve recognition. My name is Geoffroi of Nerin. Inscribe this name upon your soul as it is the name of the one sending you on your way to hell"

Min-Su did not bother answering and made his move first. He threw two daggers. One that he sent full speed towards the knight while the other he let drop down towards the void.

An instant later, he had teleported next to the knight who parried the dagger. Min-Su let go of the dagger and grabbed the knight instead. Then, both of them disappeared and reappeared next to the dropped dagger...Which was meters away from the void.

It only took one more push from Min-Su to send the knight into the void. Using the strength from the kick to push himself up, he earned just enough time to teleport to the other dagger that had been parried and was still a bit higher up. Then, he proceeded to create himself footholds with spiritual energy as he went back towards the arena.

The death knight was no more.

There was an intense silence within the grand hall. This kind of final was simply too anti-climatic after everything that happened. They went through a rollercoaster of emotions throughout the entire trial only for it to end so stupidly and easily? Everyone had forgotten what Min-Su could do. He was restricted in his usage of distortion to himself but what was 'himself'? It was his body as well as everything it was in contact with. Otherwise, wouldn't he have been naked throughout?

The reality was just like that. He made sure to keep this trick up his sleeve until the very end. The reason he hadn't used it before was that there were still too many variables. If the dragon and knight were still there and he took down one like that, wouldn't the other put up his guard against it? From the very start, he decided to keep this ace hidden within his sleeve. He planned to use it at the very end only if necessary. And he did. And it was successful.

Saint Shalonna was the first to react as she felt first-hand the connection to her knight being severed. She witnessed his last moments as he was being torn to shred in an instant by the chaotic spatial currents. She screamed as she got up. Due to their link, she felt some mental pain. It was not much to her but added to the anger from losing so close to success...And so foolishly... It made her scream.

And from there, everyone else started to react in many different ways. The ones who won their bets were overjoyed, the other much less. Some simply applauded the winner while others booed him.

None of that mattered to the winner though. He remained stunned seated in his throne. It was the last throne left. He had yet to fully process and comprehend what happened. Hae-Hyuk dreamt of this moment for so long and worked so hard for it that now that it happened, he couldn't quite believe it.

Isla did not hesitate before jumping on him and kissing him frenziedly a few times. She was seriously happy for him and that's how it showed. It brought him back to reality and he began to shake uncontrollably from the happiness.

He could become a Saint now.

Then, Saint Patron Bôrakos walked forward and spoke louder than anyone else, drowning any other sound: "This Trial has ended! I declare solemnly, with the heavens as my witness, and in my quality as the Saint Patron, Hae-Hyuk to be the winner!"

Bells appeared all over the ceiling and began to melodiously chimed. This was the heaven's acknowledgement in the form of a song. He heard it a few times before but now, it played for him.

Hae-Hyuk grabbed the two hands with a bright smile while still shaking. He was unsteady on his feet as he reached for them. They chuckled at the sight, remembering their own reaction at the time. It wasn't much different from his. After all, winning here meant being given the chance to ascend beyond the End Point...

After he grabbed the hands, the trio disappeared and they reappeared on top of the arena where Min-Su stood alone. He only had one arm left and lacked many of his bones. But he won. Yet, he felt empty. He couldn't help but think back upon Jin's words.

As he turned around towards a sound behind him and saw a trio of handsome men appear, he questioned his beliefs. The seed had grown and turned into a tree. He couldn't shake these doubts within him. As he saw his beaming Master approach, he had mixed feelings. He did not know how to act.

He wondered if Hae-Hyuk would kill him. As he arrived in front of him, he prepared himself for the conclusion... What would Hae-Hyuk do?

I present to you: my best cliff till this day.

Yep, certainly qualifies as the best cliff!
Loved it... (HATED IT!!!)

Anyway, Thanks for the chapter! :)

Without the gourd's seal to protect him he would die either way.

Thanks for the chapter. Min Su should have used the teleport trick on his master.

Thank you for the cliff ah chapters! 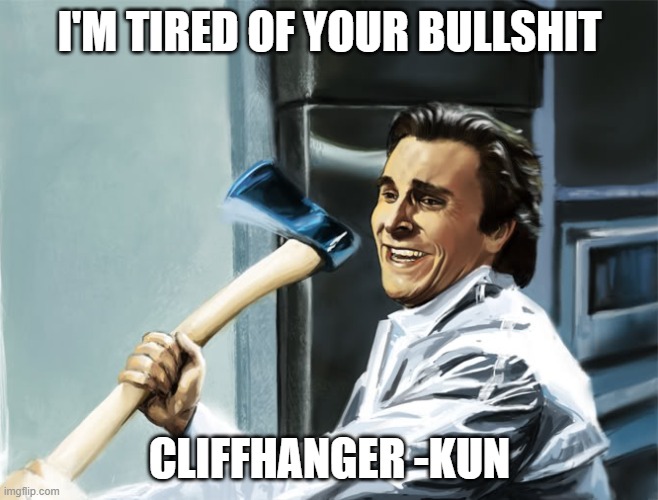 ^- thissss. Probably one of the worst cliffhangers. Though I guess we all know what will happen... there's still that chance that something will be different.

Thanks for the chapter! :D Nice conclusion :)

Quite a Cliff indeed, thank you for the chapters