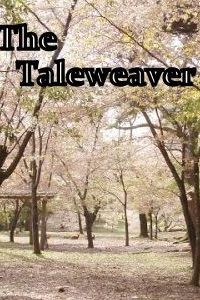 Regarding a Heavily Story Driven Novel

This review is part of a review swap.

To sum up without any large spoilers: The Taleweaver is a story of a man that makes his way into a new world for reasons of his own. The world is much like a medieval realm, with splices of technology from the steam age.

The story is separated into chapter, and Intermezzos. The chapters mainly focus on the lives of Arthur, a terran, and Harbend, a native to the planet. Arthur masquerades as a merchant, and is waited upon by Harbend.

There are a plethora of side characters that make appearances in the story, many of whom have appeared in an Intermezzo prior to their appearance. The side characters are not quite as relevant as the main characters, but they still feel flushed out and real to a large degree.

So for the distribution of the stars. This story deserves four and a half stars. It is just shy of five due to personal preference.

The style is one of the only two reasons I did not give this story five stars. It's not that the style is bad, or even less than average, but it is not perfect. The backstory of some characters are only given in bits and pieces. While that does create a more honest feeling for the story, it also takes out much of what i felt the story could have offered.

The Intermezzo is another thing i think the story could have done slightly differently. The act of constantly introducing new characters makes it hard to follow, and detracts from the immersion to a small degree.

The story is one of the most interesting one's I've ever read. The way StenDuring blends two worlds together is all together engrossing. There is even several references to the cultural shock of both main characters towards each other.

The entire story is innovative. The idea for the story, a portal opening to another world , is unique by itself. The fact that the portal has actual repercussions which further the story, is nothing short of a stroke of genius. Most times authors throw someone to another world, and everything is ok. Sten does it right.

Story is the main driving factor of this work. It is obviously the most detailed part of it, aswell. The story shows how much effort Sten has put into making it. It works, and is probably one of the only three works i'd rate above a four for story.

There are almost no spelling errors, but as with any author, there are occasional punctuation errors. A common missed, or qutoes unopened make it lose just a bit. I would make the star 4.75, but 4.5 is the highest one that isn't perfect.

The characters are wonderful. They all have personality, and they are all distinct. They feel like someone you might really meet in a similar situation.

The reason this is not a five is the method of learning about the characters. Although the characters are flushed out very well, it takes ages to actually learn anything significant about the backstories of the main characters.

Arthur is well developed, and often speaks of his past. The past he speaks about is usually the same thing though, his past job. Other than that it is a bit tedious to connect to the character on a deep emotional level until a bit later on in the story.

The only important imperfections, the way backstory is handled and the style that did not conform enough to make it feel less composed, are no reason not to read. It is a terrific read, and i would suggest everyone give it a try.

The style might even be one of the higher points for some people. It is unique to say the least.