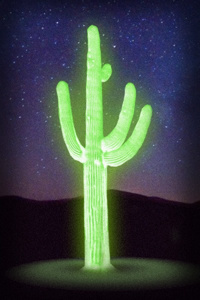 Erin is summoned from earth by the goddess Almera to save her world from a terrible famine. What should have been a peaceful slice of life farming story takes a turn when other heroes summoned from earth begin to show up; proclaiming that he is a demon lord, and needs to be slain. Can he save this world while fending off the agents of other gods determined to see him dead?

Note: The patreon will fluctuate somewhat, but will always be at least a few chapters ahead of royalroad, so if you like what you've read so far, kicking me a couple bucks is always appreciated :)

An Interesting Take on the Chosen Hero

The goddess has summoned Erin to save her world, but the goddess has made a few crucial errors...  This story is a neat take on the traditional summoned-hero format, where the world and the system are quite a bit more hostile towards our intrepid protagonist than you'd expect.  It is well-paced, cleverly constructed and surprisingly humorous.  It's a bit early to tell where all this is going, since we're still in the introductory arcs, but I very much look forward to keeping up with this as it goes along.

Not much so far, but what there is already has me hooked for more. Can't wait to see this get more popular.

The story shows promise with good story-telling and fleshed out characters. the grammar is really good and the style is enjoyable.

Definitely worth a try.

So yeah this story is about a guy reincarnated by a selfdeclared goddess of compassion. He is to serve as her hero to end the draught plagueing the planet/desert world.

Now as it turns out the goddess screwed up somewhere and instead of a hero he's now a demon lord and has other heroes out to summon him. And the goddess turns out not being all that compassionate after all.

So our guy is basically on his own on an epic quest to save the world, but with basically everyone against him. So he goes into a dungeon to level up and aquires some goblin allies.

A Villain in the making?

I don't know what to say, but keep writing so you get more practice. Is the author going for comedy? don't know. for what i can see the MC has zero cituational awareness, I have no idea why people write about reincarnation when they make their MC act as if they were living under a rock. For what i can foresee there will be lots of plot armor, retarded decisions, that will likely turn him into a villan. not because he is evil but because him and the gods of this world are supremely stupid.

don't take it too hard, i can what you were going for, and it has potential. just write it, then read what you wrote later, is practice.