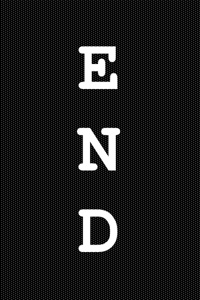 “Whew!” Ismael sighed of relief as she wiped a drop of sweat on her face. The guardian threw herself to the ground and stared into the ceiling. Ismael had been staying inside an empty hut for the entire duration of the summoning ritual. It has been twenty two years since she last opened her eyes.

“I swear… I am never doing that again!” she shouted into the air.

It was her first attempt at a summoning ritual. The rookie angel took her time selecting her first hero. Skimming through the billions of people, she painstakingly searched for a suitable one.

“I thought it was never gonna end! Why are there so many people there???” she let out her frustrations one by one. Only to remember that she, or her very reason of existence, was now in a perilous situation because of her decision.

“She gonna be alright?” asked Coco, a shape shifting spirit that is the embodiment of a search engine with a million personalities.

“I think so..? She should be, right? I mean… yeah it took a few decades but it shouldn’t be that big of a deal… right?!”

Coco turned bright red and shape shifted into a giant praying mantis with long arms ready to dismember Ismael’s skinny limbs. “I knew it! I… knew it!! You’ve been a trouble maker from the very start! Oh… heavens! If Samael learns of this what would become of me??? I know he created me to be perfect but the same could not be said for you! Agh! My blood pressure..! Aghhh..!”

“Calm down coco, you don’t even have any blood! Besides… it’s what she wished for!”

“How could you mess this up??? You could have done it like in the books I gave you! Oh! My headache..! I spent a lot of resources bribing that bitch from earth just to get you those stupid Isekai manuals. I even got you illustrated copies! Aughh! What do we do noooow??”

Coco sobbed as it turned into a blue slimy mess on the floor. Ismael did mess up on summoning her hero. The hero was supposed to appear in flesh, kidnapping a human from earth like in the isekai manuals coco gave her. But instead, she summoned only the spirit of the hero. She could hear the hero’s thoughts and feel her emotions as well. She swam through the hero’s memories and found herself not wanting to add to the pain that her hero felt. So she thought that destroying the human flesh and calling out her spirit would be a much better option. But she made a slight mistake and the spirit ended up reincarnating into multiple bodies with fragments of a hero’s power.

“It’s alright… it’s alright, Ismael! Get it together! You just have to collect them all!” She tried convincing herself as she pulled her own golden hair.

“It is not alright! This is bad, to be honest. Though I would not say that it is impossible. I am here, after all.” Coco exclaimed while perching on a chair in the form of an owl.

“Indeed we could collect them all. The only problem is how we would do it. I, of course, have a solution in mind at this moment! But it would take great risk! First of all, I would need a practical body for this mission.” Coco shape shifted into a little dog. A small wagging tail with upright ears and a shiny brown coat with silver patches on his eyes and belly.

“…. A puppy?” asked Ismael not even trying to hide the doubt in her facial expression.

“Yes. A puppy. This form is the best, after all. You will find out soon. You best prepare yourself.”

“Oh… heavens! Dear Samael, what have I done to deserve this piece of trash?” the owl cried in disbelief.

“What..? I know it’s been a few decades but I shouldn’t look that bad. Hey… I’m an angel, you know. My existence itself is immaculate enough! When I was a mountain, I learned that beauty is all about being natural!” she said with a smug look on her face.

Coco pounced on her without wasting another second. This went on for quite a while until he eventually forced the angel to change her clothes and appearance. Her long golden hair became short and black. Her plain white dress was trashed. Coco conveniently made a pair of shirt and pants for her. Along with a leather belt and sheath for carrying a dagger and a matching pair of leather boots. Her ‘normalness’ was creeping coco out in a way.

“There… we’re ready.” Coco made a copy of himself, one in human form.

“Sure thing” Replied the calm and reliable duplicate.

“See ya later, loser.” It said as it smiled happily towards Ismael.