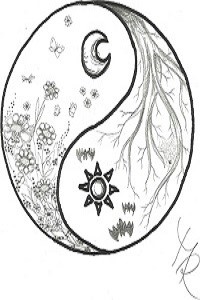 Live for the cake, even if it's fake!

I was a normal pupil and lived my daily live with school and light novels as well as a couple of games. I often had the dream of forsaking my world and living in a new world with magic and monster. And after a normal day it happened.... Well yeah, hi this is my first story and I´m extremely inexperienced, so please help me with suggestions in the comment section. The MC is going to be OP and will have a few screws loose. He is not good, but will do good deeds, if he sees them necessary. The story will have sexual contents in booth ways(normal and lesbian) and there will be violence(torture, gore, slave abuse and so on). The inspiration for this story lies in many, many other stories. For example Death March kara Hajimaru Isekai Kyousoukyoku, Tate No Yuusha No Nariagari, Mondaiji-tachi ga isekai kara kuru soudesu yo and many others.

Live for the cake, even if it's fake!

This story has sequels. I recommend them. But this one, you should skip.

The story is about an Evil Neutral character. He kills, he plunders... I like this kind of MC. He can win at the end, that's fine with me. But the author must make it clear that he is evil and make him stay in his role. Make the MC a real bad guy.

However the MC thinks he is the good guy. (He is not.) He thinks his actions follow his principles. (They are not.) The author praises the MC actions instead of hinting the reader about the moral implications of the MC choices. The author could also state the joy of lacking a moral principle. However, this is poorly done: this harms the reader without making him relieve much stress.

The author's evident lack of mastery of the langage makes it clear when he is speaking instead of the MC. The story is both an English exercise and a form of catharsis for the author. It helps him gaining maturity, but perceptive readers will find it disturbing. The reader is exposed to a lot of nonsense.

First: horrible grammar. You will write a lot worse after reading this story.

Second: horrible life lessons. You will think a lot worse after reading this story.

If, from the start, you're here for the God complex, nothing will happen to you. The MC is a mix between a nazi and a banana republic dictator. He is what lots of people would become with absolute power. He is a psychopath. Yes, the author speaks about a few 'screws loose' in the synopsis. But, the author will show in the story that he his a good guy. Be careful.

As this lead to major spoiler I won't detail all the major misconceptions of the MC and (maybe) the Author. This is a list of notions explored by the Author in the story without (very likely) having any clue about them (except from Isekai stories):

These notions are really tough and this story SHOULD NOT AFFECT YOUR POINT OF VIEW ABOUT THEM. You are free to read but be prepared, if not, avoid reading this. Read with a more mature author in the story sequel(s).

No matter how good your story it’s hard to appreciate it when you can’t even understand please improve your grammar -.-

The ugly beginning of series with growing quality

Reviewed at: Next Story

Grammar and style: Author was clearly inexperienced. Repetitions, style mistakes, ugly spacing and shaping of text. Some rather small grammar errors. The first third of the novel seem like a mish-mash, instead of planned text.

Story: Practically undefeatable MC with ability to change age and gender moves into a fantasy world and for own amusement recreates popular tropes.

At the very beginning, he morphs into a young girl and gets taken care of by a couple of retired adventures in a village. It was written really badly, absolutely artificial. Awkward mimicking human emotions and dialogues.

It slowly gets better but never moves far from wish-fulfilling OP MC.

Gaining demon subordinates, creating a nation, school arc, interfering with summoned heroes, tournament, everything is more or less connected into a plotline. He/she gets some friend but never cares strongly about people, most of his actions are selfish and focused on bringing him fun.

An important point: depending on your opinion on moderately strong wish-fulfillment and related gags you should add or remove a star from the story rating. That part was done quite good and while it doesn't create tension it's rather enjoyable and vivid. Some of the ideas are funny indeed.

Characters: Nothing to contemplate about. MC, as previously stated doesn't experience any meaningful growth, is selfish, often evil and projects own values on the world. Straight-minded but not necessarily boring.

His companions usually serve to offer contrast and point-of-view on world-building, rarely are mindless praisers.
They match their role, not out-of-context cartoon characters, but reasonably done cast.

Skip to the author's next novel unless you enjoy isekai-like novels with overpowered MC and can stomach really bad style in the early parts.

Okay overall, but not for everyone.

I found the story okay, but often mindless and even annoying sometimes. Regarding grammar it reminds me of "leet speech" from back in day, it feels like the author can write english just fine, but isn't bothered enough to check his spelling. For characters...well it's like the story, quite mindless and let's not forget that the MC is a total sociopath.

It's like the author took every part I find annoying with OP main characters and added it into one person, it's interesting but be prepared to be annoyed.

IF YOU LIKE YOUR MAIN CHARACTER OP FROM THE START THEN THIS YOUR STORY. SPOILER ALERT MC CAN CHANGE HIS GENDER AT WILL. GREAT PREMISE GIVE IT A TRY YOU GUYS WON'T BE SORRY. ONLY DRAWBACK IS THERE ARE SOME GRAMMATICAL ISSUES BUT I NOT A GRAMMAR NAZI AND THE STORY IS PERFECTLY READABLE. WORD TO THE AUTHOR -RECOMMENDING  A HAREM NO GAY ACTIVITY LESIBAN IS AYE OKAY AND EVEN FUTA I'M DOWN WITH AND KEEP UP WITH GOOD WORK :-D

P.S. Don't late the harters get to you in the future. There is certain groups and people that on this hate on other people's work and tend to be very discouraging. They only tend to show up when your fiction starts to become really popular so try to stay positive when their hateful comments,criticisms and ratings come.

My eyes and brain hurt

I read the first three chapters, and then jumped to near the end to see if it gets better.

It doesn't. The writing is sloppy and piecemeal. It feels like you're listening to a 3rd grader try and tell you a story from a tv show they watched, only less coherent. After slogging through this pile, my brain hurts.

I like it, but the grammar makes it hard to give a 5 star rating.

Other than that I don't really have much to complain about here.

Overall I think this is a great concept, (For how much I read, that is). But there are quite a lot of problems in my OPINION in the story, first of all clair/dex is a complete different personality(???) which doesn't really make sense in my opinion, sure you could argue its hormones or whatever during a gender change, Or magic. Or whatever but it still sort of... makes it weird?? (This is my personal opinion)

Second problem is the grammer as others have already stated, I don't find it too over bearing but I recommend a proof read, or two.

Third minor problem is the story, I stopped because of this one, first she gets adopted by a family, lives with them for about 10 years then goes off to a academy, and helps an orphanage. I get the main character had some sort of family issue (cant remember too well) and wanted to live a normal life, but helping an orphanage? And I quote "will have a few screws loose. He is not good, but will do good deeds, if he sees them necessary". This other people have also stated, for me the story was made interesting by "OP" and "few screws loose". But I was dissapointed to say the least.

The sex scenes overall I think are pretty good, Its actually been a while since i've read this story so I can't remember in 100% detail, but the part where he (Dex) grows another dick and fucks the little elf girl (I think?) in both holes, was pretty good.

I'm gonna go read the sequel without finishing this one, I just don't think I can deal with the story honestly. Overall score about. (Style score is my rating on the concept, not sure what the actual real meaning is, I can only assume style is something to do with concept, since I don't see anything other than "story".

This story has an Interesting premise.

I don't claim to be an expert at grammar or spelling but I honestly find this story difficult to follow and that really sucks cause I really like the idea of just laying back for once and enjoying an OP MC. hopefully you can get a proofreader.