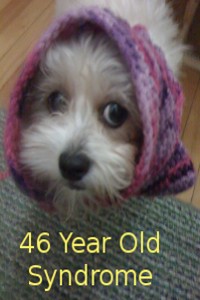 3) A punch in the face would hurt less.

The alarm on my cell woke me at 11:40 to get ready for my afternoon shift. My head was aching a bit as I went through my morning routine while sorting out the previous day's events and ideas.

The first plan was to not gain any new skills or level {Walking} up. Tuesday was my first work day since the skills appeared. I had a short afternoon shift and somewhat longer evening one. My budget wouldn't cover skipping work, and working in pain or trying to recover would be less than fun when I had all of Wednesday to test things instead.

Researching on my work days of Tuesday / Friday/ Saturday, testing and leveling on the other 4 days made sense.

The second plan was to try to see if I could observe things like titles or names around people. If I was living in some type of game world interface then extremely basic information shouldn't be skill based. Advanced information like hit points or peoples stats might require an inspect, or observe skill but not basic stuff I hoped.

While headed to work I tried various methods while walking the five blocks to the gym where I cleaned. First up was looking above people's heads when they weren't looking at me. With no results after the first half dozen I switched to letting my eyes go out of focus and trying to notice if there were anything like textboxes or subtle shadows around people. I hoped that if I found any kind of clue I could find a way to bring it into focus.

The result was a big fat nothing.

When I reached work I had a chance to test idea number 3. Since I knew my coworkers and some members names I tried labeling them in my mind. When that didn't work after a while I tried concentrating and saying their name and job title out loud from a discrete distance.

With the shift almost over and no results I ran with my final idea. Using the member's name and imaginary titles. Like 'Ralph the Tall, Hairy, Steroid Dealer' or 'Jacob the Urinal Bard'. No results on that either. I had hoped there might be some type of autocorrect or an actually correct nickname might pop up.

There was no positive results but my mood was a bit improved when I left work. I did notice one thing over the previous few hours, my general walking had improved. Whenever I wasn't paying attention my speed increased a bit and the actual steps were smoother. I used to be a power walker so I knew the speed wasn't anywhere near the max I was capable after my injuries, age and laziness were included. But it was faster than my normal casual speed.

I checked the skills window.


Already reaching 41.8% so early in the day, with the 5 hour night shift still to go, was a bit worrisome. All I could do was head home and do as little as possible physically while thinking a bit more on titles until it was time for the second shift. I thought a bit about stats but I really needed to focus and sort explore one thing at a time so put it off for later.

Supper was done and it was off to work, after taking the dog out for her second trip outside today.

She was a very stylish tall fake blonde in her late 30's, he was a very fit guy in his early 30's. Attractive but working at a gym I saw a bunch of more attractive women every day so she didn't stand out for that. What made her stand out was she was always well dressed, even on the days she wore casual clothes instead of work clothes to the gym. Her workout outfits were also stylish and perhaps a bit more expensive than practical.

I had been thinking of skills as things like running, sneaking, fighting, cooking or even computer hacking. But looking at her I drifted off for a few minutes thinking that maybe there were skills like fashion sense, disguise or other clothing based skills.

Down came the hammer of doom and pain.

After reading the transparent window I looked around only then noticing that her husband was glaring at me. He must have thought I was checking her out as she worked out. I turned away and tried to ignore the couple as I dealt with the massive headache.

I thought that if he had punched me in the face it would have hurt less than one of these headaches.

After composing myself a bit I noticed a few things about the headaches. This was the third skill creation headache and it was a bit easier to compare them now that I had three so close together.

The main distraction was that I kept feeling like I was being poked with small knives or large pins on the side closest to the husband. I went to the bike room ,out of his view, to think a bit.

The first thing was that each of the skill creation headaches seemed to be roughly the same pain, but I was able to handle it easier this third time. It was too confusing to explain even to myself but the closest I came was imagining the pain hammer hitting a rock that was a bit heavier, thicker, and less shatterproof than the previous times.

The second thing was that the skill level increases were far lighter. I'd only had one when {Walking} went from Novice to Beginner so it was hard to judge but I guessed it was only half or maybe a third as strong.

The final thing was I now was tired all over. Almost like a flu's aching tiredness. Luckily I was down to the last half hour of the shift.

The unlucky part was the last bit of the shift put me within view of the angry member a lot as I finished cleaning some machines. Hot knives kept poking into my skin as I worked. With that, and the headache going strong, the final minutes dragged on. Even after he left the cardio area I occasionally felt the stabbings through the walls.

As soon as I was done I said goodnight to my boss and hurried home. Just as I reached City Hall, and was cutting through the block as a short cut, I saw the damned blue window for a moment before I blacked out and hit the ground.

I woke lying on the stairs that were part of my shortcut.


My vision was messed up by the migraine level pain but the window was clear and sharply defined.

I realized I hadn't checked my skills window before leaving the club or I would have known I was so close to the skill leveling up. Even if I did notice I'm not sure what could have done differently though.

As the first window faded a new one spawned.

I just stared blankly until it went away.

Even if the headaches, or a punch to the face, would literally hurt less it would likely limit me from getting pain nullifying skills in the future. And even my muddy head knew that if someone else could see titles, and saw that, I would die inside.

I slowly dragged my broken soul and exhausted body the last half block home and did the usual before passing out.