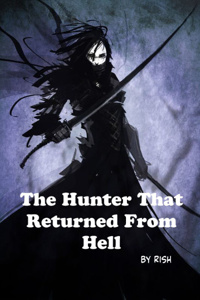 The Hunter That Returned From Hell

When Kang-Ho attacked anyone, he would do it quick, when he was done hitting the targets in the vital places, he quickly ran away. The main reason why he ran away was because he was being chased by a group of melee hunters, and it was not that he was afraid of them, he didn’t want to face them when he was surrounded by mages. Even when he was attacking the mages Kang-Ho was being bombarded by many spells, all he could do was dodge so that attacks didn’t hit any vital spots, but still he couldn’t dodge every attack that was thrown at him. even if he had a lot of healing potions, the attacks were having a lot of negative effects on his body. All the spells constricted his movements, so if he were to fight so many melee hunters at the same time with all the restrictions in place, he would surely loose. That was the reason why he was running, he was trying to distance himself from the melee attackers.

Kang-Ho continued his fight in the same way for some more time, and managed to wipe out all of the mages, by the end Kang-Ho was just left with only some of the health potion. But Kang-Ho was still happy as his efforts paid off. Right now, the situation on the battlefield had changed drastically, after Kang-Ho successfully killed all of the mages from the Choi Guild’s side the melee fighters from the Crow guild were no longer constricted. They finally freely moved on the battlefield, now after the annihilation of the Choi guild’s mages, Crow guild finally used their own mages and used the same tactics against the Choi guild they were using on them. Crow Guild too started to constrict the movements of the Choi guild’s damage dealers.

After their damage dealers got restricted, the Crow guild didn’t loose the opportunity to attack the Choi guild, they started to get aggressive.

“Sir it seems that all of the Mages were wiped out.” One of the hunters came up beside Kim Min-Soo and said. He had horror written all over his face, he knew what consequences there would be to lose all of the mages in a single battle. The man already knew that he was in a one-way ride directly leading to hell.

“What? Why did no one informed be about mages being being attack? and what do you mean by they are already dead? You want me to believe that some people came and killed all of our mages? Are our mages that powerless?” Kim Min-Soo kept rambling like this for quite some time but even after hearing all the questions the man didn’t give a single response. The man just stood still not daring to answer recklessly, he knew that his lie depended on the words he used.

“The one responsible for reporting to you on the development on the battlefield was killed by you just some time ago so I had to let you know of the situation.” said the man after a lot of thinking, he didn’t know what ese to say. Either way if he didn’t answer he would be killed anyway so he just answered whatever that came to his mind.

“Agggghhhhh!” yelled Kim Min-Soo as he pulled on his bow and released an arrow towards the incoming Crow guild member. After killing the incoming man, Min-Soo stared towards the man who informed him on the situation.

“You stay here and report to me about all of the development happening on the battlefield.” Said Kim Min-Soo, although he really wanted to kill the man, but he restrained himself from doing so because he didn’t want the situation to repeat itself again. In this battle he was the one who was commanding the troops, if he were to lose contact with the troops again this would be disastrous, and he didn’t want that to happen. So, he started to think rationally, after that Min-Soo started to think of a way to reverse the situation to the favour of Choi guild.

After finishing his mission Kang-Ho once again hid himself in a building under a shadow, he wanted to see what he could do next to increase the chances of Crow guild succeeding.

After having a while of look for a while, at first Kang-Ho thought everything was okay, but suddenly Kang-Ho realised that someone was killing the most powerful peoples in the Crow guild. When Kang-Ho realized the problem that Crow guild was facing Kang-Ho got very serious. And started to find the source of all of this. After a bit of looking around Kang-Ho found out that the one doing all of that attacks were none other than Kim Min-Soo.

The strongest advantage that the Crow guild had was their coordination, if Min-Soo managed to disrupt that Choi guild would have no difficulty to destroy them. Seeing the development Kang-Ho knew that if he didn’t take Min-Soo down soon the Crow guild would have no chance of winning the battle. Kang-Ho decided and started running towards Kim Min-Soo. It was time for him to confront him.

After some running in between the buildings he finally made it to the place where Kim Min-Soo was. He was in the middle of the melee hunters, that was the best place for him to attack the crow guild. from that location he could attack the crow guild from all of the sides. He was currently being surrounded by 1 mage, 1 healer, 2 tanks and 3 melee attackers which included one assassin and two swords man. They were not focused towards the battlefield rather they were concentrated towards the surrounding, it seemed that they were trying to protect Kim Min-Soo from any sneak attacks.

Even the healer was not healing the frontline troops he was just standing there with his staff not caring for the battlefield. Kang-Ho waited there to see if he could find flaws in their formation, but they were just too concentrated towards their duty to protect Kim Min-Soo, there was nothing that could distract them. So, after some time of observation Kang-Ho decided that he should attack directly there was no other way.

The levels of the people surrounding Kang-Ho wasn’t that high most of them were just level 55 only the healer was 50. After contemplating for a little bit of time Kang-Ho decided to attack the healer first. Kang-Ho sneakily moved in the battle, not many people noticed Kang-Ho as he was in a battlefield and everyone were fighting for their life, and for those who noticed they couldn’t keep their eyes on him as he was moving too fast in the middle of a huge crowd.

Support me to read more chapters.

Support "The Hunter That Returned From Hell"