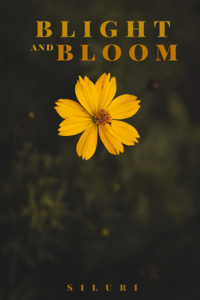 [[This story contains LGBTQ+ themes, the main one being a romance between two women. Please heed this as a content warning if this is not for you.]]

Life has dulled to a slow, aching pain for Dio, a fledgling who has yet to turn into a realized vampire four years after being bitten. Before, her natural ability to create and sustain massive reserves of light magic was what labeled Dio as a prodigy and led her down the path of a spellsword Knight. Now, that same magic wages war on the vampire venom inside her and unable to fully turn or heal, she suffers in this stasis.

Dio stands by her strong sense of morality but dreads becoming a target for her former allies, powerful forces of good. She lives on the run, avoiding both her painful history and bleak future. But a vampire who calls himself her brother is determined to bring her back to their master, the person who created them both, by any means possible.

Dio's fear comes true when she unexpectedly finds herself at odds with a vampire hunter sent to kill her, but their lives become intertwined in the worst way possible: a third-realm hound, an infamous monster sent by Dio's brother, marks both Dio and the hunter as its lifelong prey.

The vampire hunter forms a reluctant alliance with the vampire to purge the evil, and for the first time in four years, Dio feels alive.

Thank you apagado on Wattpad for the cover!