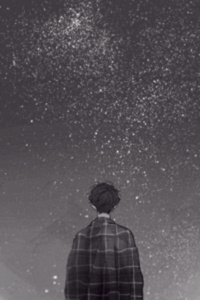 Kidnapped from his country home as a child and raised by powerful government authorities, a lonely young man born with hydrocyrokinetic abilities poses a serious threat to valuable water resources on his homeland, causing everything to crash and burn. It’s not until a blossoming friendship is born after years of isolation that he must do everything he can to protect those who he has betrayed, and face his complicated past as dangerous circumstances rise in war torn Plod.

This fiction is rated R.

Violence, profanity, trauma, mental illness, and disturbing elements are prevalent. Gore is described in graphic detail that may be traumatic. Do not read if you are sensitive by heavy subject matter. It is a tragedy, which means that it has depressing and very disturbing psychological content that is intended for a mature audience. Do not read the whole thing in one sitting, as it may be emotionally draining . Do not read if you like happy, light novels. This is practice before publishing. Not recommended for trauma survivors. Read at your own risk.

Haitian Creole and Jamaican Patois will be sprinkled in rarely from time to time.

I ask that while you critique this story, you do it in a respectful way. If anyone harrasses me/ tries to discourage me from writing, I will report you.

All feedback, critique and suggestions are welcome; feel free to comment. I am trying to grow and improve my writing, so constructive criticism behind advanced negative reviews are appreciated. Due to the fact that I am a college student and working part time , some chapters may come a little later than usual.

If anyone writes reviews that don’t have anything to help me improve the story and attack me, the author, for choosing to write about these dark themes, kindly please leave, because they should not even be reading, let alone be anywhere near anyone's fictions. I am also interested in any ideas people may have for the drafting process. In other words, if you want to tear apart my story, do it properly, please.

Negative reviews that respectfully point out any plot holes, inconsistencies with my characters, or writing style are well appreciated.

Anyone attacking me personally will be reported and blocked, especially as the fiction gets longer. I do not need negativity or harassment. For those who take the time out of their day to read and offer helpful feedback, I truly appreciate you all, and you are the best.

You have been warned. Read at your own risk.

Honestly, this is one of the most novel experiences I've ever had. Never before have I read a piece of fiction this familiar yet so fantastical.

Drops is quite possibly the most unique story on this site, with its gritty storytelling and (in my experience) a whole new refreshing concept.

Please, give this underrated gem a try. It's phenomenal.

Good Book for the firm of heart.

War is an ugly thing ,it gets even uglier with superpowers.

Fantastic work though it does get pretty bad if you dont like tragic storys.

Starts off pretty strongly and spirals towards great bouts of depressing awesomeness.

There are minor issues though as when an extra point of view is added the formatting changes a bit too drastically and detracted a touch.

It's epic stuff and I do look forward to any new chapters.

Truly, a gem in the making.

This fiction really lives up to the ganre tragedy- more so than many a 'proper' book.

The writing is beautifully paced and extremely immersive, with almost perfect grammar.

Starting this story was a heart wrench, with the childlike narrative of the main character making it so much more painful.

I can say without a doubt that I will be following this until no more updates come!

Many stories that feature superpowers often gloss over the troubles of actually writing down what happens when a child gets a superpower. While yes, they do try to write it as well as possible, it often comes as cringe-worthy or children living their power fantasies most of the time. In this story, however, it's written far better than in most others with a child accidentally abusing his powers.

Despite the fact that we look through the lens of a child, which isn't really all that easy a POV for telling a story to utilize correctly, we get a glimpse of the world and a bit about the character's background. It is obvious that he is to be enlisted into something of a military to better serve his country, and how it's depicted is on-point. As someone from a previously communist country who has heard about how difficult it was to live then from his grandparents, I can proudly say that it is written rather believably --both the reaction of the parent and the intentions of the state.

While I haven't gotten to the real juicy parts, I can conclude that it is a far more realistic take on the superpowers genre than on most other books. Keep it going, my man.

The only slight problem I have is the usage of foreign slang that somewhat breaks the immersion, but not too much. Perhaps toning down on it would be a bit better. I googled one of them and couldn't find any reference other than in the chapter, for one, unless it is a fantasy language that the author or he has made a typo? That is the only reason I dropped the Style score slightly.

I read this story from chapters 50-53, and my reviews are usually quite strict, so understand these aren't throwaway 4-4.5 stars, this is a well-earned review of a great story.

If you are interested in a story that's dark and kinda gritty but not overly or unenjoyabley so, this is a really good pick. The characters clearly have a lot going on, with highly detailed pasts and lives that determine who they are as the story progresses, and the story is about a grey war with no obvious good or bad sides; just a war. Every character interacts with that story in a detailed and understandable way, each with their own reason to fight. I don't like some of the style choices, but none of them hinder the story much. Of course, as many readers will be interested to hear, the story is both very long and ongoing.

This story, however, is a psychological piece at heart. The superpowers themselves seem to be of sparse importance compared to what the characters go through because of the power's existence, so if you're looking for a superpower-focused story, at least from where I'm reading, it takes a backseat to the characters' developments.

This novel follows the characters over decades, with many flashbacks interlaced between when additive ret-cons are wanted to give characters more depth. By the time you're at the end of what's been written, you should know the character's struggles closely.

So, if you want a gritty, somewhat paranormal, psychological, highly realistic military warfare story that spans decades and chronicles character's growths across their lives, this may just be the story for you!

-note to the author: I'm not a big fan of how the flashbacks are placed. Sometimes they can feel a little...epileptic, I suppose, and make it a tad difficult to follow what's going on. Also, it annoys me that flashback-only chapters are italicized the whole way, and I don't think its entirely necessary.

This story is grounded in realism, dark and gritty but fascinatingly so. The world seems so similar to our own but still, very different. This book doesn’t shy away from the psychological problems that occur when a child as young as Adlai is thrust into such a situation.

Story: Adlai, a child with the ability to control water, is taken from his home with his mother after a tragic accident and brought to a government facility where he will be trained to join the military.

Style: Written in first person POV with a child narrator, the descriptions are fitting and allow for an understanding of the situation whilst still leaving some mystery. Due to the POV, when tragedy happened, it is all the more heartbreaking.

Characters: The characters are horrifically realistic which makes their actions even sadder. Adlai is very well written, his actions and reactions work perfectly with his character. His mother (Margaret) is a wonderful character. She clearly loves her kid and protects him ferociously which is a perfect contrast to Baldwin who seems to only see Adlai as an asset. Strangely, thus far, I don’t hate Mr Karin. He seems to have a flicker of humanity to him but that could change at any moment.

Grammar: No issues noticed however there were a couple instances of strange phrasing.

Overall, this is a spectacularly written piece of tragedy that raises the bar for the rest of the novels on this site. If you are looking for a gritty but engrossing piece of fiction, look no further!