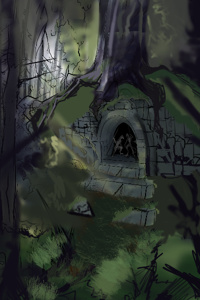 Remove Ads
Settings
Next Chapter
A note from Astiar

After much thought and several comments I have added some to this first chapter.

There was this floating feeling. Like my mind was detached from the world. There was a figure before me. I couldn’t tell you the form or gender but it didn’t frighten me.

“Hello?” Because what else was I supposed to say?

“Welcome *#&^$(*@*&.” I knew the strange sound was me. I felt it to my very core and without the being saying so I knew this to be my true name. Something that had power and should be guarded from all. But instead of fear, a feeling of acceptance and joy washed over me. Somehow I knew it was right for this being to call me that.

“Where am I? What am I?” I asked the being. The space we were in wasn’t any one solid color or shape it was odd. The walls were clouds in various muted tones that shifted constantly.

The being giggled. “We are in the Inbetween. This is the space between life, death and rebirth.”

I felt both joy and sorrow well within me and war, but joy soon won filling me so that I too had to laugh. “I remember being with my grandmother and other lost family. So I am here to be reborn?”

The being radiated somber happiness. “Yes. Usually a soul is not aware of being reborn. However you have been chosen for a special role and you must choose to accept.”

There was a stretch of silence as I thought the words over. “Your repeated use of choice is important? What am I supposed to become?”

The being radiated happiness. “You are clever and cautious. Those will serve you well should you accept. You have been Chosen by Fate to be a dungeon core. As dungeons are immortal and have vast powers a soul must Choose that life.”

“But I can still be killed.” It wasn’t a question but the being nodded. “Will I remember this? Or who I was before?”

A sigh was heard. “I don’t know. Some cores have vivid memories of their past lives and of their time here. While for others it fades quickly.”

It was back to being happy. Which seemed to be more natural for this being. “You have lived more than 7 lives as a sentient being and in 3 of those lives you have lived to adulthood and died without having offspring.”

I blinked several times taking in the information. Why those were the requirements didn’t really make sense to me. “Ok, I’m also guessing you can’t tell me more about my other lives. I only have vague memories of the last one.”

Another giggle. “Correct. Though if you look deep within yourself you should get a feeling for the other lives you have led.”

I did as I was told. At first there was nothing and then I felt this odd sensation. As if I was in a council made up of various forms of me. They were all fuzzy and I couldn’t bring them or their memories into focus but I did realize there were more than 7 and that some were definitely not sapient. Looking at them was exhilarating and frightening as well. As if this was something I wasn’t supposed to ever see or learn.

Once the surroundings came back into focus I couldn’t help but giggle. Which sat the being off laughing again.

“I accept.” I told the being happily once our laughter had died.

“Excellent!” The being clapped with joy and seemed to fill with an almost manic energy. “Now there is no telling where you may end up on Wisry but that is the world you have been selected to go to. Now the last thing is you must Choose a deity to follow.”

“The deity you choose is a connection to the outside of your dungeon. It allows them to look in on you and offer help if needed. In emergencies you can call out to them. Though they are not forced to help. They too have the power of Choice.” She added solemnly.

“But I won’t have to obey them or defer to them for everything?”

“No young one. You can Choose to refuse any task they give you, but in doing so there may be consequences.”

I nodded and thought about it for a while. Time seemed to have little meaning here.

“How many dieties are on Wisry?”

“There are 29 gods and goddesses and nearly 100 minor deities.”

“What are they?” I was curious to know what the options were even though I already knew who I would ask for.

“I will tell you the 29. It’s unwise to bind yourself to a being that is little stronger than you are.”

I nodded, as best as I could since I’m not even a body right now. That thought made me burst into giggles again. “Why is everything so funny?”

The being laughed. “It’s called rebirth euphoria. Every soul feels it right before being reborn. Most don’t stay in this state as long as you have or will before we are finished.”

Another giggle and wave of happiness moved through me. Now that I knew it was artificial I could feel it. A memory of post surgical morphine giddiness rose to the forefront of my mind.

The being chuckled. “ There are 2 deites for each of the 4 basic elements. Maikt god of air and Aega goddess of the sky. Quinkas deity of water and Jade goddess of the ocean. Jun god of fire and Giza goddess of the desert. Puntucl god of minerals and Malabrix deity of metal.”

Before they could continue I asked a question. “Why are some of them deities and not god or goddess?”

They gave a smile as if I had done something silly but adorable. “Gods are male, goddesses are female but deity has no gender or several genders. For things like Quinkas that looks like a giant blob of water.” There was some distaste in the voice at that description

When she paused I tried to commit the names to memory. Though weather I would remember any of this was unknown.

Putting those 2 together and by themselves seemed important but I didn’t ask.

“The next group are quiet. Otto god of sleep, Vasteria goddess of purity and Stur deity of silence.” She went on without pause this time. “Dianna goddess of luck. Onaxy god of torment, Mirana goddess of curiosity and Losa goddess of finding are usually lumped together. Then there are Rutzroz deity of the forge, Cephla goddess of war, and Zarin god of travelers. The last 3 don’t fit well in any other category. Octor deity of forests, Issa deity of steam and Darvria deity of entropy.”

Silence filled the space as they finished talking and waited to me to decide.

After unknowable amounts of time and several strange bursts of giggle fits due to the drug like euphoria, I spoke. “What about Fate and Death? Where do they fit?”

I could tell they were surprised by the question. “Fate, Death, Life, Light and Darkness are the 5 transcendent beings. They are not bound to Wisry. They are the same for all of time and space. They exist and maintain every world, plane and dimension there is.”

Silence once more fell and the feeling of unnatural giddiness seemed to lighten while I processed that information. Then like a popping soap bubble I let out another giggle. If I had a body my face would hurt from smiling too much.

But my answer hadn’t changed. In fact it was reinforced by that statement. “I choose Death.”

“No you don’t understand. I’m not going to link myself with a god, goddess or deity that I know little about. I CHOOSE Death. The end of all things, the one constant.”

“Oh” The being brightened again. “I’ve never had someone ask to have Death themself as a deity. I will have to ask their permission as they are transcendent. Can I ask why?”

“I know that in at least a few of my lives I have experienced love and loss so deep that it left a wound on my very being. Though when Death came they healed those marks, made me whole again and I KNOW that I was reunited with the ones I lost. Death has such a bad rap and is often thought of as an enemy to defeat. But I see Death as a release from the fighting and a healer of all hurts. I also have some knowledge of dungeons. While I don’t want to just be a murder pit that kills all who enter. I know things are going to die in my dungeon and with Death at my side I hope they don’t have to suffer and can move on easily.”

The being stilled, it’s frantic energy calming. “That was beautiful. Allow me a moment.” They seemed to dim for a long moment before their brightness returned. “Death has heard your words and understands your intent. They agree to be your deity.”

I smiled at them.

“When you wake you may be very disoriented. Try not to do too much until your Dungeon Helper arrives.”

With that final bit of advice the room seemed to brighten until all things faded to white.