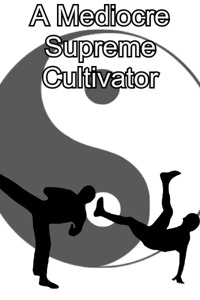 Remove Ads
Previous Chapter
Next Chapter
A note from Litrpg101

At least I have a reason this time. I had, ahem, bathroom problems. As much as I love greasy food, it doesn't love me. I write this the night of, so whenever a problem comes up it translates to a late release for you guys. I know that I could write a chapter ahead and solve my problems. While that sounds like a cool thing that motivated people in total control of their lives could do, I don't think I could do it. Because of this, the schedule that I like to keep can get a bit wonky. I know I said I don't like to ask for things in these, but please, if you are regularly reading this story and aren't following, please do. It will tell you when I get my lazy ass in gear and write some words on virtual paper.

Our hero could tell when he had gotten close to his destination, if the pagodas in the distance hadn't tipped him off, then the increased traffic and several smaller villages would have done so soon afterwards. It was a good thing that he had started to walk normally soon after he had seen the towers of the city, it would have done wonders for his reputation if he had been seen carrying his disciples by large amounts of people. Hell, the only reason he didn't take a side road to avoid travelers altogether was because he didn't plan on staying in 'Depths Aligned' for an extended amount of time. Who cares about their reputation in a city they may never visit again anyway?

As the trio were walking along towards their destination, Jiahao took the time to try and say something. Fang Hu knew what he wanted to say, he was thinking about it ever since they left for their destination five days ago. No, maybe he was thinking about it before then, and Fang Hu was just too thick to notice it, he did spend a large portion of his time cultivating. Even if Fang Hu knew what was coming, and even if Jiahao was clearly struggling with how to say it, our hero wouldn't interrupt him. Maybe he had watched to many corny movies or whatever, but he thought it would be better for the both of them if Jiahao was the one to express himself.

Jiahao suddenly sped up and stopped in front of Fang Hu, and, after a moment of indecisiveness, bowed deeply towards our hero.

"Master, I... I deeply apologize for my foolishness at Iron Dragon City. I was fortunate to find a master who would continue to teach me after what I've said. For you to go out of your way to acquire a different dao for me to follow was a boon I didn't have the right to ask for. I hope you can find it in your heart to forgive this disciple."

Fang Hu smiled, and Jiahao sighed in relief upon seeing it, for it was his true smile. Fang Hu thought that it might have been a bit overly serious, but that just showed Jiahao's earnestness and how grave the situation was. Well that, or it had something to do with how everything in this world is, for lack of a better word, dramatic. Whatever the case, Fang Hu was happier that this wouldn't continue to weigh on Jiahao's consciousness, than he was for the actual apology.

*A little wordy, but that's what I was waiting for, old man.*

"You need not belittle yourself so, I only need to know that you have learned your lesson, Jiahao."

"What did senior brother do, Master Fang?"

Fang Hu laughed while Jiahao got himself up. Our hero ruffled the little girl's hair as he continued down the street.

*He made a mistake.*

"He had been misinformed about a crucial subject."

There weren't any guards along the city border, and even if there was, no guard in the Wonton Fields would stop a cultivator of our hero's caliber from entering a loose city. Power earns a certain kind of respect and caution in this world. Kind of like if a serial killer that everyone accepted was there was wearing designer clothes and a super expensive watch. That man had enough money and connections to make your life hell, and you don't want to disrespect him, also, he could kill you at any moment.

Inside the city, life was clearly different than it was in Iron dragon City. While Iron Dragon City didn't have a grid concept, Depths Aligned clearly wouldn't have benefited from one. The residences wouldn't have screamed 'wealthy' if it weren't for their surroundings. A water feature and a few statues wouldn't have been nearly as impressive if it weren't placed in the Wonton Fields. Slightly more impressive were the 12 pagodas that dotted the skyline, if Fang Hu hadn't seen the secret grounds, he might have gawked at them. The tallest was around thirty stories high, while the shortest was about nine stories high.

While Jiahao and Little Yi stood there like, looking exactly as one would expect from a country bumpkin visiting a city for the first time. Apparently this city was different enough that Jiahao wasn't able to use his experience at Iron Dragon as a brace to stop himself from being overwhelmed.

While his disciples were awed by everything they had seen, Fang Hu wasn't impressed. He looked for all the world as if this city didn't excite him in any way, one could even go so far as to say that our hero looked as if this city was below him. Fang Hu had good reason for this, he had seen better. He had seen suburban households with much better yards, and those pagodas, as cool as they look, don't have shit on skyscrapers. As his disciples caught themselves and fell in line with Fang Hu, he looked every bit the part of a young cultivator with a powerful backing.

People might have second guessed themselves upon seeing the youths followers, for they had the clothes of commoners. Upon closer inspection, however they would quickly remove any doubts that they had in their mind. Even if this was a cultivator city, the 3rd stage of qi gathering was the average for most citizens of this city, with 6th stage being akin to their top guards. These two were the peaks of each respectively. Given the quality of the young man's clothes, they wouldn't say he was extremely rich, but they would know that he has some serious backing.

When coupled with his (forced) mannerisms, no one, not even other Isekai'ers, would suspect he didn't have a backing. As Fang Hu would eventually find out, when such a person claims himself as a scholar and offers to pay for goods and services with cultivation techniques, most people say yes.

He would get his first hint towards this great truth when trying to find an information broker. Learning vital information had never been easier.

A note from Litrpg101

Like seriously though, I would have saved like forty minutes if I didn't have to keep going to the restroom.

Inside the city, life was clearly different than it was in Iron dragon Dragon City.

Lurker on the doorstep 2 months ago