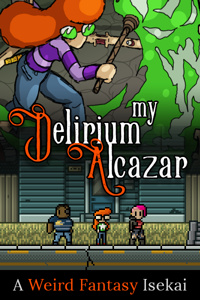 "...Alright." After giving it some thought... "Kate, you go meet Lagi first. He knows you, you can stall him while I get the level from the house. Cici, can you act as a sort of... lookout for Kate and the whole deal? Just try to give us a heads up if it looks like something weird's going on or a bunch of cops are showing up. You don't have to get close, just... be around?"

You take one bus back to your house; Cici and Kate take a separate Chariot MT bus to the agreed location. On the way home, you use your phone to look up videos about the proper way to harvest level. You retrieve some of the level, wrapping it in a grocery bag and hiding it in Kate's backpack. You safely make it back to the bus.

"From what I've gathered," the bus begins, "that likely refers to Schiddy Cineplex."

"Ohhhthatwouldmakesense," you mutter. "It's like a play on the really unfortunate name, not... like... a judgement call on the quality. I was just assuming it's an awful theater."

"Local testimony suggests the quality is involved with the moniker, as well," the bus replies. "The theater is located on the east side of Ninelives, and has a storied reputation for being poorly taken care of."

"Oh. ...Yeah, that also makes sense. Did Kate and Cici get off at a stop near there?"

The ride there really isn't that long--but it's still far, far too long.

Every car that drives by sends your heart into your throat.


At one point the bus has to wait at a crosswalk while a couple of pedestrians cross the street; you lose track of how many action film / horror flick style scenarios cycle rapidly through your head, but nothing comes of it. The pair don't even pay attention to the bus.

then to what can most charitably be dubbed the east side of town.

"Four blocks remaining before we reach our destination," the bus informs you.

You almost-- for an instant--

and that's when the bus suddenly hits the brakes.


Something large has made its way into the middle of the road.

"I'm afraid that I don't recognize this obstruction," the bus says calmly (because of course she does).

You... also do not recognize the obstruction, which is presently screaming at the headlights of the bus.


You think, at some point in time, it was probably an opossum.

That time has passed though and now it's an affront to God making a strong contender for the most horrendous noise you've ever heard a throat do, like a howling, screeching... gargling sound, like it can't decide which recently grown vocal cord to roll with so it's just slamming on ALL of them. It sounds like the creature is sneezing into its own lungs at 98 miles per hour, or like someone is throwing chunks of meat into a dying industrial fan. It's like the sound of a rodent choking to death on several other rodents and being just, absolutely livid about it.

It is not a fun noise and you don't think the mutant animal is having a fun time making it.