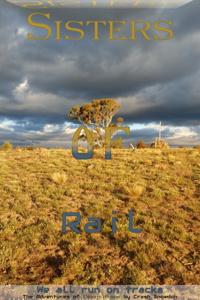 "People of Forrester's Crossing, I see that you have each prepared well for the winter. You have followed the Great Maker's dictates in the Codex of Purity, and heeded the urgings of the clerics, including myself. And now winter is upon us!" Cleric Riggs declared. For emphasis, he stretched out his arms over the faithful flock seated before him in the convocation hall.

The family of Robert James Wilison sat in a row on the left side close to the back. Formerly they had held a more esteemed position. Those days had ended after the bad business involving the corruption and defection of the man's firstborn daughter. His firstborn son, Charles, sat in the row behind, as was tradition. Charles was accompanied by his chairming and fair wife Estelle and their fragile yet amazing baby son, Theodore. Thankfully, the tiny child was sleeping restfully in his mother's arms. In the next row forward, Charles's mother Bellona Flora Wilison was less blessed. Baby Chevron was several months older than Theodore, and far less restful.

"The time has come to enjoy the fruits of your labours. But you must neither grow weary nor complacent!" Cleric Riggs continued. "Never let discontent fester in your hearts or homes. Discontent grows only into strife, and strife is the bringer of war. You know it is written: above all, beyond the forbidden paths of magic and fire, you must not go to war. As the Great Maker wills, so the clerics uphold. For just as the name of the first foe is Mortlock and the name of the last foe is Baduk, the first enemy to be destroyed was death and the last enemy to be destroyed will be war."

Bellona Wilison shifted in her seat, seeming almost as restless as little Chevron. Her bonnet tilted askew, releasing one of her many locks of frizzy black hair. Realising he had become distracted from the cleric's message, Charles quickly set his eyes forward.

"...is among us even now!" Clerig Riggs continued, starting to pace the edge of the elevated wooden platform. "Be certain to never let it take root in your hearts or your children's hearts. Those who dare to go to war will only return with utter destruction! It only takes a little questioning to give room for doubt to grow, a moment of uncorrected rebellion to allow our children to fall away and abandon sense, safety and security. Such could happen to even the best of us! Dedication alone will not make your home immune. Any wrong choice can bring ruin upon the next generation, or the one after."

Charles saw his mother grow more agitated, and he could hardly blame her. He too was concerned by the direction of the cleric's exhortation. It was starkly obvious to whom the cleric was referring. Glancing at his father, he was sure the man's spine had grown more rigid.

"Examine yourselves, dear ones. You call yourselves pure, but are you truly? Any hint of corruption can spread by word, deed, or even attitude. You must be a shining mirror reflecting the Great Maker's perfect light upon your children, and you must shape them to do the same to your younger children and to their own children. Any rot must be isolated lest it spread! The Great Maker will severely judge any who lead even one of these little ones astray. The Great Maker can only use those found in absolute purity to construct his perfect new world. All else will be thrown in the furnace."

The elder Missus Wilison swiftly gathered up her youngest child, vanishing down the aisle through the open arched door. It was not yet so cold that it must be closed, and the fresh air helped the congregation concentrate on the cleric's message. The door led to the foyer and then to the street outside, but also to a side room for mothers to tend to the needs of babies while still hearing the cleric's words.

Cleric Riggs continued to increase the pressure in the convocation hall for a few more minutes before finishing with a prayer. "Oh Great Maker, bestower of gifts and sole engineer of this world, we thank you for the clarity and truth of the writings you have given us. May they always be on our minds, may our hearts be pure, our hands be steady, and our steps be true. May your grand design be swiftly assembled, and may we be your humble assistants in purifying this world of evil and defeating the lingering corruption. Your loss will never be forgotten, and your holy daughter will be avenged! So it was written, so let it be!"

"Let it be!" the congregation echoed.

"Now we will stand and sing The Gears of Forever Yet Grind On."

The people rose as one and began to drone out the long ode to perfection, production and of course, purity. Charles would never admit to disliking any of the hymns, but in truth he hardly enjoyed singing any of them and this one was among the least pleasant.

"The levers of destruction are pulled anew each day, but the gears of forever yet grind on, yet grind on. But the gears of forever yet grind oooooonnnn." At last the final repetition of the refrain was done and the congregation was dismissed to take part in tea, light snacks, and conversation. Charles considered trying for a couple of lemon tarts, which he especially enjoyed. He rarely had the pleasure of eating one as the supply ran out very quickly. He'd spotted two platefuls of the tarts being set out on the snacks table earlier, so he felt he had a reasonable chance of obtaining one this time. If not, he would have to make do with a plain cracker or a piece of fruit, until lunchtime. Lunch should be bubbling away in the solar oven. He could almost taste the perfect blend of herbs and spices Estelle put in her goat curry.

The hungry young man almost immediately found himself accosted by two other young fathers who were very eager to talk about the weather, their jobs, fishing and eventually their wives and newborns, though the latter topics only after they were out of earshot of the subjects. That took barely more than a minute, as the three mothers swept away together to tend to their babies out of sight. He was doing his best to commiserate, offer practical advice, and also reassure himself that he was doing alright as a husband and father when Estelle steamed back into the room clutching Theodore. She clearly had a bee in her bonnet about something and it was clearly not the baby.

He immediately paused the discussion. "What is wrong, dear?"

"It is your mother. And Chevron." Her eyes were as concerned as he'd ever seen them.

Charles had no memory of telling his feet to move, but he was already taking big steps towards the door. "Are they hurt? Ill?"

"No, no, they are... I do not know. They are missing," she said, managing the art of sounding terrified while still acceptably moderating her voice.

"Not in the mothering room. She should be there, but is not."

"Perhaps she took Chevron for a walk outside?"

Charles did not know what his wife meant by that, but he was inclined to agree. He rapidly turned around and searched the room for his father. He was conveniently already talking to some of his old patrol members. With rapid but respectful steps, Charles joined the group. "Father, Friche, I apologise for the interruption, but Mother is missing, with Chevron." He was not sure whether to hope his rising panic was hidden or visible. "Estelle is concerned about... her mindset. After Cleric Riggs' exhortation."

The elder Wilison's expression morphed from neutral to thoughtful, and then shifted to pensive. "Hmm... lately she has been especially... Yes, we should move quickly."

All thoughts of lemon tarts or lunch were forgotten.