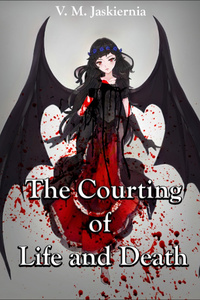 Here is our ever-growing cast of characters. I will be updating as more people come into play, though I can't promise every single person will have their portrait here. 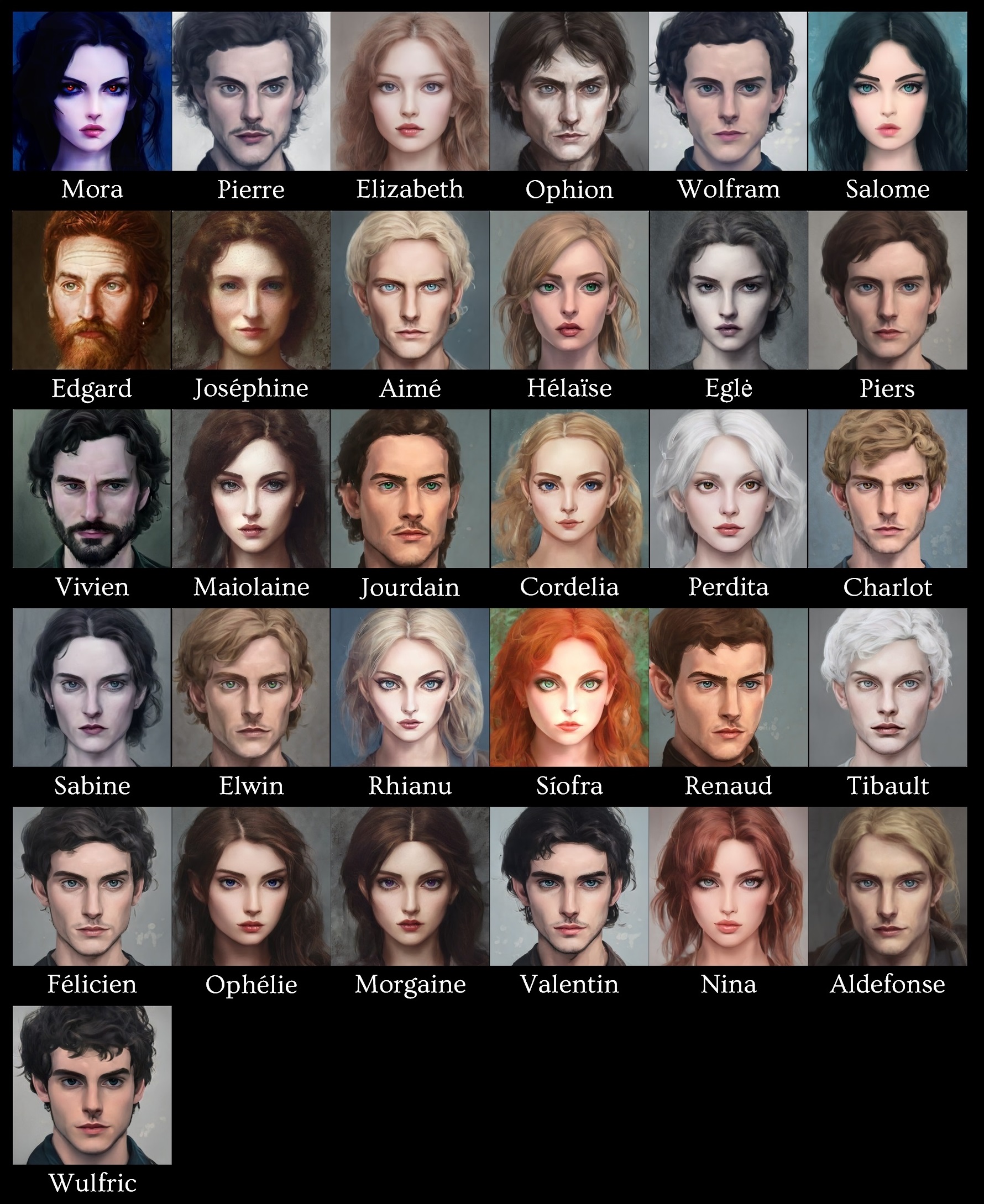 An up-to-date family tree of the characters (full size: https://www.deviantart.com/vmj/art/TCoLaD-Tree-no-spoilers-865831218 )

Those are years on the left, in 5 year increments, and each person is placed according to their birthyear. Higher older, lower younger.

A work-in-progress map of the realm of Clandestina (full size: https://i.imgur.com/gIbo0KR.jpg) 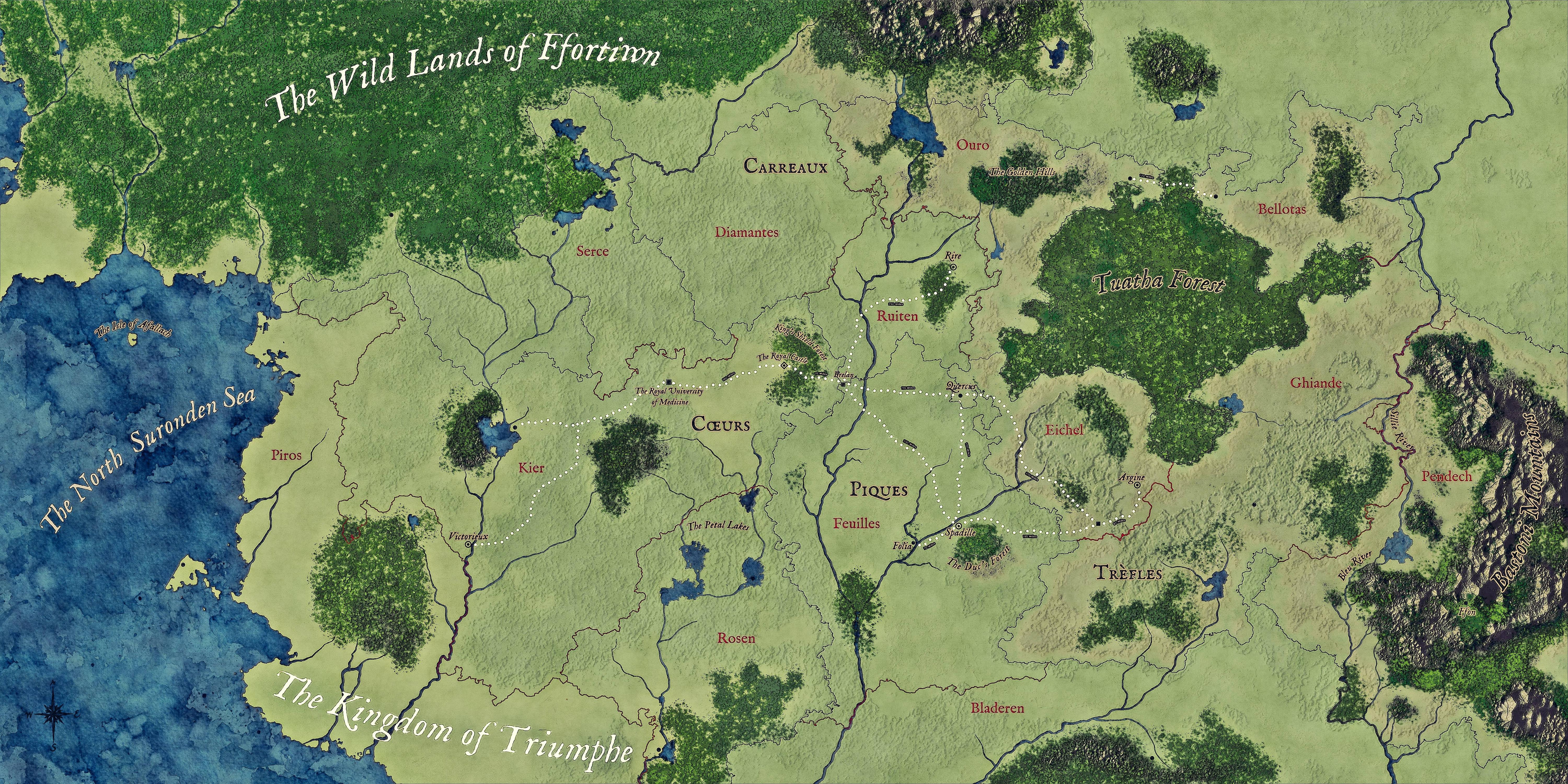 Here's a quick calendar that compares the Noctuinian one to ours (assuming you are in the Northern Hemisphere on the plane of Cardinalis). There are 364 days in the year, so the days of the month, and of the week, and the moons will always line up.

And here's one for the days of the week:

I start mentioning money in the latest chapters and I didn't want to go with the usual 'gold/silver/copper' coins we usually see in fantasy, so I came up with a system based on historical names and roughly the historical equivalents to modern money.

(Most people would have to live off of about $8 a month - so $2 a week. I assume that's roughly the same as my retail job that got me about $200 a week, so we're multiplying by 100 to get 'modern' money numbers from Victorian dollar amounts).

Some of those banknotes seem ridiculous if you look at them from a 'how much are they worth now' point of view, but to better show off how much money the ruling class could make: