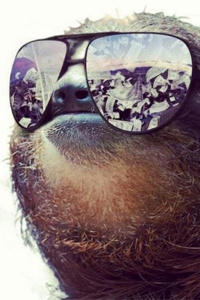 Hey, so do you also love a Story about people getting isekai’d into another world into a body of a monster that can evolve?

Yea, sucks that most of them are either Harems (honestly, at first I was like "weird flex but okay", but now every fucking story that looks like it could go somewhere just throws the MC a new love interest every 3 chapters or so), or idiots that trust the first human they see to not kill them.

Also, is it just me, or do most of them evolve into a human-ish Form way too fast? I mean what is the point of a monster MC if the guy is practically just an overpowered human?

Well, after like about 3 years I am kinda running out of good stories, so I'm gonna try to make one myself. It's probably gonna be pretty bad to be honest, but it has no harem so it is already better than 3/4 of novels out there. And I haven't even started yet!

But to be serious now: The story is about a pretty lazy guy who reincarnates as a sloth....I haven't really planned more for now... well, good luck to me I guess. Also I am not sure if I want this to have blue screens yet... I mean they look pretty neat but personally I'm kind of sick of them.

PS: If you wondered, no I am not the person that took the photo of a sloth with sunglasses...god, that dude must be living the Life...

Reviewed at: I should have called in sick

The reason why this story is so amazing ah I am to tired to even......

Reviewed at: A hero's death

Its kinda too slow and sidetracked at parts. It is filled with jokes but some seem like filler. Overall it was too short. It is a nice read; quality amusement.

No issues with grammar and such too.

No sexual stuff (except jokes), mc is a horrible horrible joke. Very lazy.

Reviewed at: The pains of growing up

The grammar and spelling is terrible, but it's the unlikeable MC that really kills it for me. The concept has promise, but not enough to keep me reading.

[UPDATE] The author fixed the spelling in the title, though, so kudos for that.

too lazy to write a good title so go sloths

go sloths! sometimes i just like reading about a lazy person who doesn't marry every single woman he finds but stabs them instead.

also he betrays his slothy friends so thats a plus

I didn't expect it to be so good

Reviewed at: Daddy is coming

this story takes the usual overused tropes from litrpg stories and viciously mocks them.

The MC is a decently cruel scumbag sloth but he's funny about it.

Honestly I really didn't expect it to be so good.

It's a solid story and a fun read, especially if you're getting bored of the usual stuff these litrpg stories spew out.

When I first started this novel, I was put off by the grey text not knowing what it was and the grammar at the start, but continued onwards, into a absolutely hilarious novel, 11/10 comedy in my opinion, was hooked after only a couple chapters, along with the crunchy LitRPG, along with the unique narrator, one that everyone can hear, overall the main three genres are perfect, it's mainly a comedic adventure LitRPG! (Rest in peace Jimmy, he'll live on in our hearts forever ;-;)

This is a paradox

The MC is a jerk...BIG one. Backstabber and ...just bad. But stories goes funny and readers can only pity the one MC meets. So eventough I really really want to abandon this story, in the end I just keep following 🤐

There are 3 prominent characters and the dynamic is hilarious

In the novel we have 3 prominent characters based on people you might meet in any office, and one of them happens to be trapped in a fantasy world as a sloth.

The narrator is the same for everyone and everyone can hear him - unless you buy prime membership for the right to turn the narration off. The narrator is an optimistic guy always intent on telling a standard heroic tale. Unfortunately the actors of his tale are not exactly up tp standard and sometimes even an optimistic guy gets annoyed and pissy.

Then there is the System. The system is that quiet guy that sticks to the basics and isn't very talkative, but iff you annoy him he'll throw stones in your way by leaving out important facts by 'accident' or giving you gifts you really didn't want. Also, the system steals donuts from the boss and can be ...convinced to bend the rules to stay out of trouble.

And then there is the MC. He's a bitchy spoiled lazy virgin with 0 people skills and an opportunistic streak that skipped brutal and cruel to go straight down to the coldest logic, all while bit hing like a spoiled sixteen year old who got a car in the wrong color for her sixteenth birthday.

This is a masterpiece of literature.

So idiotic, so lazy, so GOOD

it's from the time I read everybody love large chest that I don't read something so moronically good, I want to apply to be the narrator