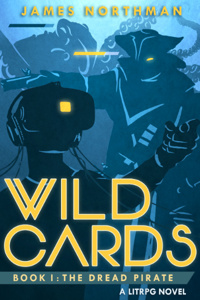 I just want to apologise first of all for the delay in submitting Chapter 4. I received some good feedback on the initial chapters and decided to cut out the end of Chapter 3. Helena no longer has an outburst, and she will be properly introduced later in the story.

Another piece of advice was to show the impact of money in this world and give more details around class society. I'm hoping to address these things as the story progresses and hopefully this chapter will be a good start.

I didn't realise that I was supposed to have a load of chapters pre-written, or have a set release schedule. For that I apologise. I'm going to attempt to post chapters on Mondays and Fridays going forward.

James walked slowly towards the terminal at the side of the packed building. He could feel their eyes on his back as he skipped past the entire queue of E-Class citizens. It didn't take long for one of them to voice their displeasure.
"Hey, you! Fucker! Look at me!"
Knowing that it was going to do him no good to ignore the irate man, James turned and gave what he hoped was a passive expression.
"You're not better than us. You're still a piece of shit. So off you go."
With that said, the man waved towards the terminal dismissively. The queue around him sniggered at the remark with a few of them muttering their agreement.
James couldn't blame them. Years ago when he was in that queue, he hated watching people skip ahead to pay their bills. It meant they had money to spare, that they could tackle their loans and not wait around for hours. The E-Class medical facility was a run down single storey building. It allowed a maximum of twenty people inside at any time, to prevent riots from occuring.
Healthcare in the slums was similar to an unfair lottery system. It opened two days a week and had thousands of patients scheduled in for appointments. If you weren't in the queue on the day of your appointment, you would get fined, regardless of if you would have been called in.
This resulted in hundreds of E-Classers sitting and standing outside in a queue for the full two days that the building was open. Prescription vendors floated around the queues, offering immediate solutions in exchange for a repayment plan. They were hawkers that preyed on the desperate. Security drones hovered over the more densely packed groups, ready to stun any person that caused trouble.
Unsurprisingly there was nobody using the terminal, so James was able to quickly swipe his wrist up and activate it immediately. The screen in front of him never failed to depress him. He learned over the years that the best thing to do was to immediately look at the last sentence of the screen. That's how much he had to pay there and then.

James tapped his wrist again to bring up his wallet information.

James tapped a few different options. The interface offered him a sliding option to show how he could impact his savings and repayments by paying more now.

He had spent most of the morning thinking about what he was going to do and he held his breath momentarily as he pressed down on the confirmation button.

James smiled genuinely as he saw the loan disappear from the terminal screen.

A slight vibration on his wrist indicated that the transfer had gone through. It was then followed by another vibration indicating that he had received a notification.

James tapped the logout button at the end of the screen and went into his notifications.

James tapped the image on his wrist to open it up.

Grinning to himself, James sent a quick response that he was on his way.

Closing out of the terminal and double checking that he was definitely logged out, James glanced at the queue of people one last time before turning and walking in the opposite direction.

The journey would have been much faster if he had just used public transport or ordered a cab, but James justified to himself that he needed the exercise and he shouldn't be complacent since he finally had a few credits to his name. The memories of having absolutely nothing still caused him to lose sleep.

Smiling to himself, James finally found himself in a much more upmarket district. Above his head hung a very out of place neon sign that flashed the letters, 'D.V.8'. It was a pretty reputable Virtual Reality cafe and the staff were really nice. James used to frequent the place years ago, when he had first started his gaming career.

As the doors swung open at his approach, he heard a delighted squeal echo out from the other side of the room.

Milly exclaimed as she rushed from around the counter. The customer that had just been speaking to her stood dumbly for a moment, still processing the fact that he'd just been abandoned.

"Where the hell have you been? I needed you here an hour ago! I've your rig set-up already!"

Milly nattered to James as she slid in behind him and pushed his shoulders forward in the direction of the private booths. She smiled apologetically to the customer before disappearing into the next room with James.

James laughed as he glanced over his shoulder at the customer who was making a beeline to another female employee.

"You've literally saved my life. He just wouldn't shut up."

"I kinda feel bad for your colleague though, looks like he's going to ensnare her next."

"So, was there actually a job for me... or did you just need saving?"

Milly stopped pushing his shoulders and jumped around in front of him, her trademark grin told him that there definitely was a job.

Instead of answering, Milly continued to walk backwards along the different booths.

James watched as she raised her hands and pointed at the different doors along the corridor. The further down the hall, the better the booth. The booth was usually a good indication of how much money a client was spending on a specific job.

Milly took another big step backwards, this time gesturing left and right as though they were playing a guessing game. Her feet slowed as she reached the silver section of the corridor.

"Silver?! Amazing, how did you swing this for me?"

Milly paused for a moment before laughing.

"If I do it this way it'll take all day. We're genuinely on a clock. I just wanted to see your reaction."

"Ugh, you bitch. I completely believed you! Ha, okay, is it a bronze?"

Milly pointed to the bottom end of the hall.

"Platinum actually. The client is A-Class. They need someone on the level of a Paragon."

"Oh yeah, Platinum? Pfft, easy. Let me guess, its a tricky fetch quest that they can't figure out?"

James mocked as he turned back towards the Bronze section of the corridor.

A buzzing on his wrist indicated he had a notification. He tapped it out of habit and glanced down at the screen.

James started but the words didn't come to him. He was absolutely speechless.

"There is a slight catch though which is a little illegal, but it shouldn't be too much of an issue."

James asked as he looked at Milly dazedly. His mind was racing thinking of what he could use that money for. He could finally get a little bit ahead of his medical bills.

"We need to reactivate your official gaming account, just for a little bit, to verify you're the real deal. The client wants to see it."

All the hopes James had of owning that money started to evaporate.

"Look, I know what you're going to say... but really, the watchdogs won't even notice. We've done this soo many times with banned accounts and nobody has ever come around sniffing. I promise!"

James bit his lip as he looked down at the screen again.

"Trust me, James. We just reactivate it for this session and then deactivate it immediately, nobody will ever know."

Milly explained excitedly, but when she got no response, she decided to try some old fashioned goading.

"If you're worried about being exposed for too long, just make sure you finish the session extra quick."

James mouth tugged at one side, before he finally conceded and walked towards the Platinum area of the Corridor.