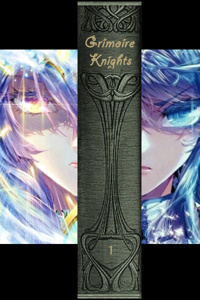 A world of  magic, where the system seems to no longer be present.

Follow along as Cara who has a cursed bloodline and is fed up with having the world, her peers and even her own bloodline get in her way. When attempting to go through the motions to return back to her regular life, she is soon thrown in over her head.

The pillars of knowledge that her world operates on are fundamentally flawed.

When performing a ritual to summon either an item of power or a familiar, she summons and binds...him...
Part familiar, part mentor, a world's underlying system of knowledge is about to be upturned and the source, a small girl in a back water town.

Follow Cara, her best friend Jessica and their familiars and some friends on some adventures that will surely get out of hand, and possibly how the underlying fabric of the system will shift for the universe(*) as a whole.

Please note, I will be jumping between multiple different POVs to initially build the universe before I settle into something more stable.

Thank you if you take the time to read my fever dreams of the past decade that I've finally decided to put down for everyone else to maybe enjoy or at least ensure I do not repeat the beginning as much in my dreams.

*Cover is a mash up of a few pics, if there is an issue, I'll remove.

Developing and building yet

Reviewed at: Ch 20: Growth And Pandemonium

Although this story is still in its infancy I find myself completely invested in the characters. I want to see their development and success. The author has already provided a range of personalities which in turn provides me, the reader, with satisfying diversity. The female lead is not simply strong willed or apparently invincible, but is a strong lead charactor as she learns skills, shares newly acquired knowledge and experiences self-discovery.

The author's writing style is mature for being a new novelist. This is refreshing. There are few grammar and spelling errors therefore the reading flow has minimal hiccups. I find this definitely adds to my reading enjoyment as the rhythm is not broken.

One to watch out for

Story Score: Once I managed to get into it, I really liked the story. Other reviews have stated that the prologue might serve better at some other point, but I kind of disagree, I liked it, and it gave a lot of backstory that I think would be hard to insert any other way. I will say that it was probably longer than it needed to be.

I also really like how the "system" is absent in the beginning, and they sort of needed to "unlock" their own stats.

A lot of worldbuilding has so far only be hinted at, and I'm curious to see where this goes.

Character score: I gave full points here, despite some weaker, one-dimensional side characters, simply because I think the three main characters, Cara, Akia and Jessica, are totally worth the five stars. I have very rarely seen such a well-written, healthy friendship between two girls as the friendship between Cara and Jessica. Even published, professional authors rarely manage that. I also think Akira is a very interesting character, who gains a lot of depth from the prologue.

Grammar score: There are missing words and commas, typos, and quite a few overlong sentences, which would have served better broken up. It was never so bad that I couldn't make sense of a sentence.

Style score: The style of this was probably what I struggled the most with and what made me take longer to get caught up in the narrative than I would have otherwise. There are big improvements towards the later chapters, but what stayed were sound descriptions like "*BANG* *BANG* *BANG*" which I personally find extremely distracting - they simply break my immersion into a text everytime they pop up.

Another thing that brought the score down for me is the frequent switching between tenses, which does get better in later chapters, and the back and forth between first person/third person, sometimes within the same paragraph.

I decided not to let the style score drag the overall score down, because my hatred for sound effects are a personal issue.

Overall Score: All in all, this does have the feel of a first draft to me - which does not mean that you shouldn't totally check it out. It already has a lot of really good things going for it. I'm not even into LitRPGs, but the amazing life-like main characters really carried it for me.

It's already good, and if the progression of the author in the first seventeen chapters is anything to go by, it will only get better.

Reviewed at: Ch 16: Cry Of The Devourer

There's some style errors, such as with long run-on sentences that would perhaps be better split for comprehension and pacing flow. Not too many spelling errors or typos that I caught, just a habit of redundancy, particularly potent in the longer sentences.

The story itself took time to grow on me, but I'm starting to really enjoy it. The prologue might better serve being touched up a little, maybe shaved down? Since the events aren't directly relevant to the plot and only seem to showcase the circumstances around one particular character, one that doesn't even show up again until a few chapters in. It doesn't highlight the setting, or place any rules for the rest of the story. It might even work better as a flashback when he first appears!

It's also jarring later on to swap from first person to third person and back again in order to show other points of view, but that might be my opinion. Either stick entirely with first, or entirely with third. Or if you're going to swap to third for other points of view, perhaps consider going back to earlier chapters and converting the first person forays into other people's heads? Make only Cara first person, it would help clarify viewpoints in the story and ease transitions.

It's fun following along with Cara's explorations into magic, and the setting is described very well without venturing long into the dry area. Especially after the first couple of chapters, which DID feel a bit dry and were tough to slog through.

The characters themselves are fun, the characterization on supporting cast is currently a bit shallow but the story isn't far along so that's easily forgiven. What's shown of each character is consistent, and I hope to delve deeper into everyone's motivations soon.

It seems like the author is refining their technique with each chapter, which is truly lovely to see. I'm looking forward to seeing where the rest of the story goes from here, and to see the author continue to improve.

It’s a good story with some rough spots.

I really liked the premise of the story. The relationship between the MC and her familiar is set up well, and what obstacles the two of them might face going forward. There are hints of a larger multiverse that seems promising. The pacing is a bit slow at times, but I think it fits the story. So far, it seems like the plot has only just started, but it’s been fun so far.

The worldbuilding is pretty good. We get a sense for how people live and how the mage guild operates, as well as the prejudices and conventions they have. I really like the magic system, it feels fresh and the idea of what the ‘Grimoires’ mentioned in the title (at least I assume it’s that) are is cool. There are a few stat tables later on, but they don’t detract from the reading and instead complement it. (And they look nice.) If you like creative magic systems with stat elements, especially around plants, give this a try.

The grammar is okay, but there are a few issues. Nothing that really detracts from the reading experience. But the occasional typo or missing/misspelled word or the like, or missing commas.

The style is overall pretty good, although there is switching between the past and present tense. Later on, the author mostly seems to have settled into present tense, which I think is a good decision. The story is mostly written in first-person POV, but there are parts in third-person POV, too (even for the same character). It’s relatively easy to read over those switches, but they might throw you off. There are a few other stylistic errors. The author occasionally uses sound effect (like *thump*).

The characters are pretty good, for the most part. A few of them feel a little flat. The female MC is pretty archetypical (not a bad thing), and she seems to struggle with low self-esteem and ‘dark thoughts’. There’s definitely a lot of potential for character development here, even if I had trouble connecting with her so far. The male lead (I’m assuming there will be a romance, but who knows?) has an interesting backstory, although he’s pretty reserved so far and we don’t get too much insight into his thoughts and feelings. Their interactions are interesting and also have a lot of potential. The MC’s best friend and father are reasonably well-drawn, too.

Overall, I’d describe the story as a nice fantasy with a classic feel but also a system and interesting magic system, with some stylistic issues.