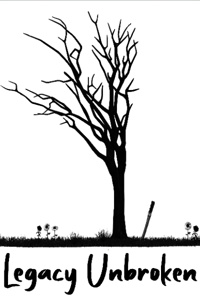 For six generations, his family has held the title of Hero of Farathun. Now, his father lies dead, dishonored, stripped of his title. He is only a boy, untested, unnamed, unready to take up his father's sword.

But that doesn't matter, because he has a plan. Three simple steps.

3) Take back his father's title

But when opportunity comes knocking at his door, will he be ready to seize it?

When a new teacher finds him, and challenges all that he thought was true, the boy is whisked away on an adventure that will take him far beyond the bounds of his home. He'll learn, and grow, and gain strength. He will find his place in the wider world, and leave his mark in history.

Impressive Story - Give it a Try!

Reviewed at: Chapter 11: When Gods Did Battle

Just wanted to leave a positive review for this incredible story and support the author. Very impressive, thoughtful, and unique magic system, with a distinctive style. This story deserves more recognition and I hope the author keeps it up!

This story prompted me to give my first actual review on RR. I definitely recommend it. The grammar, characterisation, and story are all as good as any story on here, but what really grabber me is the metaphysic. It has an amazing and unique magic system that has been woven into the worldbuilding from the ground up, all based around Memory. The nutritional value of food comes not from its calories, but from the Memory of the life it used to have. Casting a fireball requires you to have truly experienced fire, in order to draw on your Memory of flame and impose it on the world. The first creatures at the beginning of the world were snakes, created from the Memory of grass waving in the wind.

The system is deep and fascinating, and touches every part of the setting - it truly feels integrated with the world, rather than tacked on top as so many magic systems do. I really want this setting turned into an RPG, it would be amazing to play with a world that worked like that.

This is going to take off

Reviewed at: Chapter 15: Nowhere to Hide

The story is still in its most early phase, but from what little I've already seen this is a promising story. It's done everything it needed to make me curious about the world, the people and the MC's journey. Plus I like that the mc is the perfect example of an honorable and dedicated medieval child which makes him more unique then the typical witty and lacking in backbone mc's we so often read about. It's different, or at least for me it has been. But depending on your opinion of those two kinds of people your mileage will vary. The "Magic" is also new to me too. It has a slight eastern influence from what I can tell, but overall it's a novel magic system if I can even call it magic in the first place. And it might be too early to say, but I'm getting a serious "Spiritual journey" vibe so far, but who knows what the narrative will ultimately be.

I would recommend the story based on what I've seen so far. More of us need to rate and review it.

Reviewed at: Chapter 11: When Gods Did Battle

TL;DR the writing is good, but the characters are really annoying to read. The story lacks direction (as of chapter 11) besides training. The power system is kinda cool, but leads to too much propaganda. You might like it, but it's not my type.

Story- 4/5. There's one clear enemy to the story, but the MC adores the villain (because of propaganda) so the story doesn't have direction. The only direction is "MC gets stronger by training", which is interesting, but it's not enough on its own. Stories need multiple overarching plots and subplots.

One decently good part of the story is the magic/power system. Every power draws from the World's "Memory", which can be anything from ancestral momentum to people thinking you're strong making you actually become strong. While it's interesting, however, I don't like how much of power is based on other people's' perception, and not entirely based on personal skill. It leads to situations like propaganda, sparing enemies that fear you, gods being created, etc.

Style and Grammar- 5/5. Good prose. Not an amateur.

Character- 3.5/5. In general, the author does a good job of developing characters; the problem is that the author seems to only create infuriating characters (except for 1).

The main character has a LOT of angst, and puts a LOT of importance on his own version of mercenary-honor taught by his father. He makes dumb decisions and is irrational. The author is clearly trying to go for the "Hero starts angsty and grows as a person" but that doesn't make the start any less unbearable. Also, he's brainwashed. His dad is executed for treason by the All-King, yet he still adores both of them... see the problem?

Side characters- there are two of them. One of them is infuriatingly arrogant. She wants to be the MC's teacher, and so naturally she steals his sword, insults his ancestors, chops down his tree (very importance bc of dead father reasons), and then expects the MC to grovel before her. The other side character/teacher isn't that bad.

The remaining characters are either civilians that are brainwashed and trust everything the All-King and churches say (the MC falls under this category), or are part of the problem, executing heros because they look better than you.

I can't keep reading when all of the characters are either evil, brainwashed, and/or infuriatingly irrational.

Reviewed at: Chapter 44: A Shift in Perspective

TLDR- This is an excellent story with a unique magic system and wonderful characters and character development.

I've currently read up to the most recent chapter (44) and i have to say that this might be one of the best stories on this site. It's got an excellent, unique magic system that has a lot of cool applications and realistic engaging characters. The character grows a lot over the course of the story, learning about how his current worldview is incorrect is a major part of that. One important thing to note is that there's been some criticism about arrogant side characters and brainwashing but at the point i've read up to those concerns have been adressed in story in very satisfying ways that deepen the connection you feel to the characters.

Mixing a very interesting world, shaped by a magic with limetless potential and just as many drawbacks and dangers, and characters that seem to actually have their own personalities, with both flaws and strengths, this novel managed to catch my attention from chapter one.

I really recommend giving it a try

Style: The author does a great job of showing the alien mindsets of people living in a world similar to ours, but very much not the same. Trough a completely different history this world comes alive in shapes that mimic a human society as we know while keeping true to its origin, in the world of Memories.

Story: This is a coming of age story with a main character, who starts with no name, deeply rooted in his world view. We watch him grow, both as a person and as a legend in the making, expanding his horizons beyond what he could even imagine. In this context we embark with our MC and his mighty teachers to learn more about the world they live in.

Characters: As i said above, the characters have their own distinct personalities, with flaws and strengths. I read few fantasy novels in RL where you can actually tell the characters seem to be true natives of their own world and not just modern day milenials with a few extra words added to their vocabulary and the ability to cast magic. It might seem as if I am making a big deal out of it, but it's just really great to read something like that.

Grammar: generally very good with few mistakes here and there. I am not a native English speaker, so I can't rally judge this too well.