Have a great day!

I flick my eye around as we leave the library, Lola holding on to me tightly. "We're going to go see Francis now, all right?"

I blink once. Yes, I'm rather intimidated by the freakishly gigantic human, but Lola likes him a lot, so he can't be that bad. I wonder if there's a way to magically increase your size? It seems... improbably, but it can't be naturally possible to grow to that size. If I used it, would I grow larger or would my cover just split?

Shaking off the thoughts, I think of something a little suspicious. Status!

Examining my list carefully, I realize what's missing and get instantly annoyed.

Hey, universe! You said I'd get to retain the Erase Aura spell! What's up with that?

There's a familiar (ding!) and the list fixes itself.

It's... concerning. If the universe is capable of making mistakes as glaringly obvious as a spell not being where it should be, then what other mistakes is it hiding?

There's a brief moment when Lola almost drops me, knocking me out of my reverie, and I recenter myself. Universe or no, I don't need to erase my aura to protect my owner, and I can always cast a lovely fireball to defend her! After all, I'm surely more powerful than she is!

Holding me in front of her as she walks down the stairs towards the teleportation room, she says conversationally, "Don't forget to overuse your magic. It's the best way to make your pool better and then we can talk with each other!" It's an excellent idea, one I should have thought of. Like a workout routine, getting exhausted so you can get stronger - it only seems natural that it would apply to magic.

Immediately, I use Audithesia and concentrate on the ambient mana, shaping it into a word. Lola squints as she tries to read it, and then figures it out. "You want to protect me! Oh, Codex, that's so adorable!"

...Well, it's supposed to be comforting, but I suppose cute works.

Walking into the teleport room, Lola adeptly manipulates the levers and buttons until they're in the right place, then flicks a switch. Standing in the booth, she closes the door and holds on to me.

She - she knows what she's doing. We're absolutely not about to have our atoms disassembled into various areas of the universe as we're teleported to everywhere at once. Right?

I almost start panicking before I realize we've already teleported. I guess she really does know what she's doing.

We're now in a tall-ceilinged room made from nondescript wood, a single lantern hanging from the center of the room. It has a candle in it, not one of the gel-based creatures that I'm getting used to seeing. Perhaps they're considered a commodity? Regardless, Lola walks over to the door and opens it to reveal the front room.

It's stunningly normal, and yet cozy at the same time. Built from thick wooden beams and decorated with a variety of animal heads, it gives off a sort of mountain lodge feel. It's big but not as massive as Isaac's house, though the doorways are much larger. I suppose that makes sense, given that it's Francis that's living here.

Curiously, there are no maids, even though everything is spotless. He probably cleans for himself, which I can respect. A man as clearly powerful (and therefore likely rich) as him could easily afford the help.

Lola immediately heads for a door to the side, opening it to find Francis talking into a bubble floating over his palm. "-no, they won't be an issue. Of course, I can handle them, it's not a problem for me at all." Spotting Lola, a massive grin crosses his face and he says to the bubble, "I've got to go. Something more important just came up." Squeezing it, the bubble pops, and he rushes her, picking her up in an enormous bear hug before setting her back down. "I was wondering when you would show up! How are you doing, Lola?"

Holding me up happily, Lola says, "Codex is a Living Book! Father says he's a super-duper grimoire and so does Uncle Chris!"

He processes the information remarkably fast and looks me in the eye, smiling. "Well, if Isaac was convinced enough to let you stay with our little missus, you must be in the clear. It's nice to meet you officially, sir Codex!"

He taps my cover curiously. "Really though, he's a Living Book?" Channeling the mana in the air, I manage a vague 'yes' in the air, though it's barely readable. The huge man's eyebrows jump. "Ah, so you can talk?" Lola cuts in, thankfully. "He can talk but he can't do it very well. His mana pool is very small, like mine used to be before you helped!" He reaches down and ruffles her curly blond hair, musing as he does. "Well, we can't have that, can we? Let's go see what we can do about that!"

This isn't going to involve any experiments or dangerous things, right? Because I don't like the idea of being poked.

Instead, Francis just sits down on the floor, cross-legged (he's still taller than Lola, even seated). Lola copies him, her dress splaying outwards as she sits down. Both of them extend a hand outward, palm upwards, and close their eyes.

...I don't have hands. How am I supposed to imitate them here? Maybe I could use mana to build a body? Is that possible? Maybe I have to level it up a lot. How long is that going to take?

I'm distracted from my own thoughts by a soft glow rising from both of their hands. The ball forming in Francis' hand is colored a cool orange, while Lola's is a gently pink. Oh, so we're just supposed to concentrate our mana into a ball? I can do that!

I focus hard, and a sphere of white mana forms. It's about the size of a ping-pong ball, compared to Lola's, which is still rapidly growing.

A few minutes later, the room is blinding from the balls of mana that Francis and Lola have concentrated into existence. There are beads of perspiration on Francis' forehead, and Lola's brow is furrowed in concentration. As the spheres shrink, condensing, they grow one more time to about ten feet in diameter before dissipating, both of them breathing hard.

Okay, it turns out that Lola's going to be protecting me until I can get more powerful. Seriously, how many times did she go into overuse to get her pool to that size? I don't have much to compare to, but what the heck? I got mine about two inches wide before I nearly passed out. Am I really that pathetic?

I think Francis' eyes were open during the process because he's grinning at me like he knows exactly how big my pool is.

"Lola, our morning training is always fun, but shouldn't you be heading back? The Weatherton semester starts soon and you'll need to be ready for that when it comes." Lola looks excited by the reminder and hugs him goodbye. "See you tomorrow, Uncle Francis!"

...she's related to that giant?

The amazing Catface, everyone! 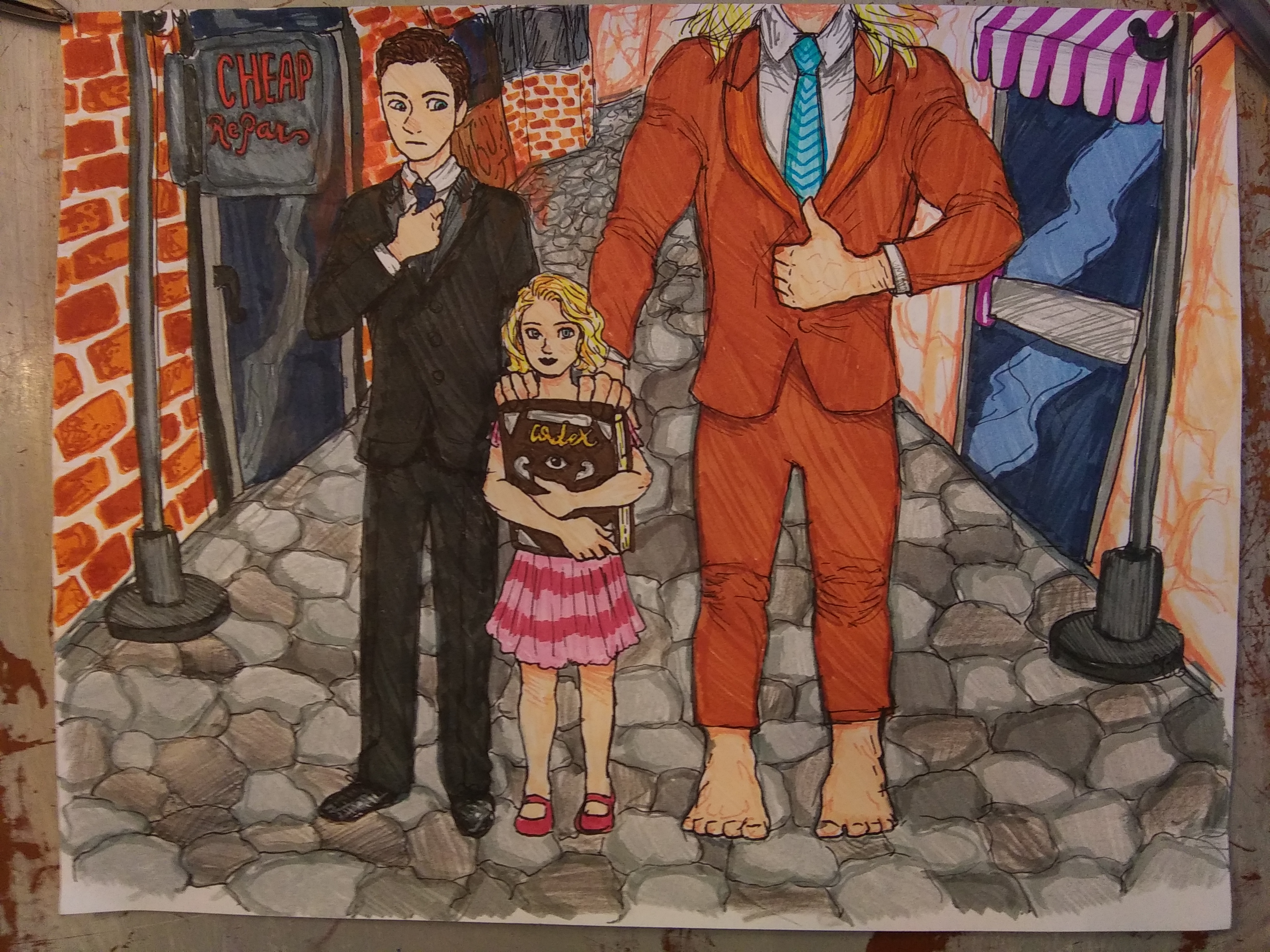 Bio: I'm a spider that found a laptop plugged into the wall. Thankfully, I'm smart enough to operate it. Now what should I do...