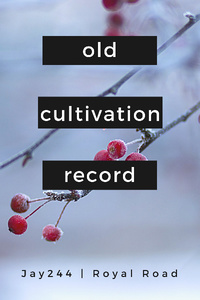 Chapter 32 - The Least You Could Do

Taylor collapses onto the bed and buries his face into the pillow. He very much wanted to just pass out. He would be content to just die on that bed if he didn't know how wrong that was and how much he would miss. But he was getting tired, of work and life.

Taylor turns around and lies on his back before taking a deep breath. He gives himself two quick slaps on the face. Still got shit to do, Taylor. Do your job well. You still haven't repayed the world. He thinks before sitting back up.

As he sits up, he sees Sylvie leaning on the doorway smiling. She walks over to sit on the bed and caress Taylor’s face. “Tired?” She asks, trying to sound caring. Taylor has been away for a while and Sylvie very much missed him during that time. She missed making him breakfast, cuddling on the couch as they watched television, and watching him interact with his son. She missed taking care of her baby.

“A little.” Taylor says with a sigh. “I have to call the association soon. I think they have a few jobs lined up for me.” He says as he bitterly gazes unto his future.

“Why don’t you just stay home for a few days? The association can wait. You need to give mommy some quality time too.” Sylvie says with a tempting smile.

Taylor smiles back and leans in to give Sylvie a kiss. “Sure. I’ll stick around for a few days. For you.” He says before moving in to grab Sylvie’s body.

“What?” He asks rudely as he answers the phone.

“Hey, buddy. Calling in that favor. A few of my disciples have gone missing. The association said they would handle it, but I don’t trust them to do shit. They’ll probably hand the job out to a fourth-stage wannabe before they realize they’ve effed up and escalate the job. And I’d handle it myself, but I’m currently handling some other shit. So I’m calling you.” Raz explains over the phone.

Taylor sighs. “Alright. What do I need to do?” He asks, defeated.

“Call the association. They should have all the details. And don’t eff it up.” Raz says before ending the call.

Sylvie sighs. “Well, the least you could do is fuck me.” She says with some disappointment.

Taylor smirks. “Whatever you say, baby.” He says before once again grabbing onto Sylvie’s body.