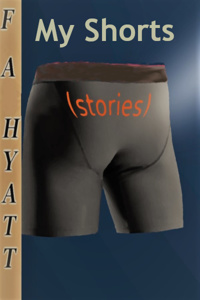 Remove Ads
Previous Chapter
Next Chapter
A note from FAHyatt

I stared out the port for another few minutes. She floated there, in the cold of space, just above the event horizon, arms extended towards me like a 3-D snapshot, a life portrait. Below her, the pitch radius of a Black Hole her unending frame. I wept, mourning that which was neither lost n or saved. Neither gone or fully with me still.

We had been recording the songs of Alcora's choral forest.

Light winds caused the singing, as they passed like shadows through the lithe branches. Elevating, harmonious, and beyond description. The weather caught up her golden hair also, played with it, as a child might. It was a green and verdant place, a separate, and a peaceful place. Shanna's lips flexed, holding back the instinctive wish to join its melody. We both felt it. The recorder was on though, so we held back, quiet and appreciative, so there would be a good transcription to share.

The song was eternal, for the wind never ceased here. It is said to have healing properties, and certainly, it poured balm onto my soul. The forest existed in a rift valley of this non-rotating world. Eternal, frozen night ruled one half, a torrid desert baked the other. But in between, in the twilight of the world, a mild wind swept serenely through the enchantment of the trees forever.

No one lived here, in the rift between the dark and the light. Only a few hundreds of meters wide, the long valley wouldn't support a colony, even though it encircled this world. Besides, no one could face this treasure and keep thoughts of tearing it away. It melted hatred, dissolved greed, salved all fear, soothed all remorse.

Ageless, beautiful, glorious. So the trees sang on, until our recorder filled. Shanna turned off the recorder, and turned shining blue eyes to me.

There was a wistful pleading to her voice. I smiled.

So we sat, her head on my shoulder, and we joined the trees in song.

Leaves fell around us, each sounding its own note, until it decomposed. This happened swiftly, for the earth here was fecund with some sort of fast composting bacteria. The sad tinkle of each leaf ended as the earth reclaimed it utterly, before our very eyes.

Closing mine, the melodic surf seemed to whisper, telling of its life, and the cyclic decay that both ended and renewed it, and I slept.

In slumber, the song continued, and it seemed, a new theme twined with it, a warm and loving theme, one I knew well, depended on daily, that held the essence of my soul within it. It was...Shanna!

My eyes flew open, and sought out my sleeping love. She lay slumped upon the rich earth, and as I moved to shake her from this mutual dream, I saw it. A cut, very small, on the inside of her forearm. Around it decay grew, like the rush of fire through wheat. I thought of the leaves melting away, how their song had died with each leaf's return to the soil, to feed the trees again. The song swelled within me, her part of the refrain growing to an almost complete presence within it.

I swept her from the ground and rushed to our ship.

I placed her in the medical unit, and fretted as it tried to quell the fast spread of corruption. Our biology had no defense against the alien spore. The song was in me now, dominated by her presence. It called to me, of beauty and of our time together, our hopes, shared dreams, and knew, even as the refrain sang on, that an ending drew near; that her life was also to cycle back into the earth of Alcora.

The machine affirmed that her end was inevitable. It's drugs could slow, but not stop or cure the force that spread though her. A motif of pity tinged the flow of inner music.

I ran to a console and lifted ship, spearing the Songstealer toward the only hope left me. This cosmic place where time stood still, just beyond the event horizon of a Black Hole, and consigned her flesh to it. My love floated down, slower and slower still, finally stopping, frozen in an endless moment of relative time, on the cusp of it.

I turned from the port at last, and returned to the world of twilight, between the dark and the light, between heaven and hell, life and death, once more beneath the trees of Alcora, and sat. Listening.

Sheena was within that song still, strong and loving, and alive, and would be for all of time. Someday, I will join her in the tree song, though briefly. I cannot be both here, infected, and in space jumping down into eternity.

But for now, we sang together beneath the trees in a light wind, that passed like shadows through lithe branches. Elevating, harmonious, and beyond description.