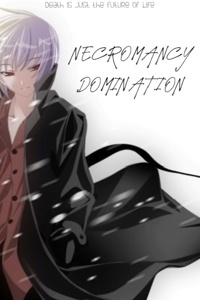 "I hope I wake up in another world."

Leon hoped as he stared at his blank ceiling. His eyes got heavier and heavier and everything became dark.

This is the story about a man who never belonged in his world and wished to be where he belonged. Wishing to fulfill his dreams of acquiring FAME, MONEY, AND WOMAN! with his class being [Necromancer] that normally humans shouldn't possess. With his army of his own summoning; he will conquer (and probably fuck) every beautiful woman he sees, acquire every money he gets reward, and be famous amongst the lands!