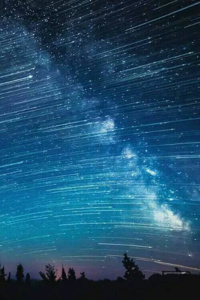 Tales of The World Beyond

“Zen! Get Up! you’re going to be late” Even on Diving day Zen didn’t feel like getting up early, he probably wouldn’t have even gotten up if his success wasn’t guaranteed. As usual the first thing he did as he woke up was check his Status. Maybe he would wake up and find a skill for the first time, even Heavy Sleeper would have been fine.

As usual not a single skill, but that would change today he could feel it, it was probably his own premonition coming into play even if it was only at 1.
As Zen got ready to leave the house with his parent he realized that today would be the first step in getting recognized as a member of the tribe and then no one would look down on him. Once he made his way to the beach he quickly began to look for the vine rope he had hid the day before, discreetly of course. Most of the crowd was by the ocean while he conspicuously tried to find the rope he had hid by the tree line. Luckily he found it just in time to stand with the rest of the divers, he just had to keep and eye on the vine to make sure he didn't lose sight of it.

"And today is the day we allow our young men and women to become full tribe members by allowing them to dive for the first time. As you all know you must bring back at least one fish to be considered full tribe members" announced the elder.At this point everyone is getting ready to dash into the ocean spears in hand. "Begin!" and just like that the young men and women ran to the waters to dive for the first time. Of course Zen also had to run he had to get to his tied fish before anyone else saw it, luckily they started a bit further south from where he had tied his fish.
Of course Zen had been into the water before along with everyone else, but this time he would be allowed to dive into the deeper parts of the sea. He wouldn't go too deep into the ocean just enough to conceal himself from the view of others. Besides it would be unwise for him to go too deep into the ocean with no Skills there were some dangerous fishes deeper into the ocean or so he had heard from the divers. As Zen got closer to where he had tied the fish he started to get an odd sense of foreboding, something he couldn't quite place. A moment later he realized it had gotten a bit darker all of a sudden, others would have been curious, others would have hesitated but not Zen, he started swimming as hard as he could towards the surface, whatever made the water darker all of a sudden was not something he wanted to investigate.
As he got towards the surface something smashed into his legs knocking him sideways, his eyes widened when he realized what had hit him, it was a needle like tooth 4ft long that was somehow light enough to float. Zen kept swimming to the surface until he broke through and took a breathe of fresh air. He realized he was a bit deeper than he had originally thought. He could see the group of parents by the shore waiting for their children a few hundred feet down the shore, he wondered how he had gotten so far so quickly maybe he had gotten the swimming Skill.

He had almost forgotten that he had to get out the of the water he also had to warn the others in case there really was something dangerous near the shore. As he was swimming back to shore he decided to grab the long fang that had floated up and drag it to the beach, maybe he wouldn't bring back a fish but he could at least get something out of the dive. He was just about to make it into the shallow parts of the water when he felt something grab his ankle and start dragging him down. He quickly twisted and dove under the water to try and slice off the tentacle that had grabbed him, he thrust his spear down towards the tentacle and made a shallow cut on it if he was being generous, but in reality it was more like a scratch. Zen was always one to be realistic so he knew that this was as far as he made it as a member of tribe Moruk. As the creature slowly dragged Zen down Zen finally was able to get a good look at the creature that was about to eat him, and honestly he wasn't that impressed. It looked like and octopus except bigger with a reddish or orange tint to it.

Zen was curious why his premonition wasn't acting up before the creature grabbed him but reacted when he swam through those dark waters. As he approached the octopus like creature Zen decided that if he was going to die he would at least take the creature with him. While the spear didn't do much with his meager strength he figured that the fang that he was dragging in his other hand might do more harm on the creature and in all honesty Zen only now realized he could have used the fang earlier to try to get the tentacle off. As he approached he readied his fang like a spear ready to stab at its center once it got close enough.

Bio: Litrpg for the win