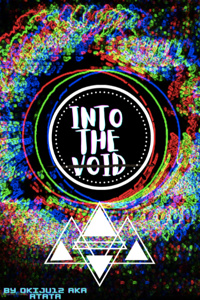 Warning Mc is not a exactly a good person, not a complete murdering asshole but not a good person. So if you don't like "edgy" fics then this isn't for you. If you don't mind that then please continue. :)

Benjaman Francis was a man at the doors of death.

His life had been consumed by the inevitability of death, but just when he decided to give up.

He was granted power greater than he could ever imagine.

He is the maker and the creator and all his subjects must obey whether they like it or not.

Life is but a theater after all .

Being that this is my very first review, I hope that you are forgiving of my errors.  Apologies if there are aspects that I'm missing.

The story, in my view, is pretty good. That might be because I am a sucker for god fics. So for me, the story is just perfect. There are some things that I would do differently, but that's just a matter of personal taste.

There are a couple of plot points that have been started and the author does manage to make me wonder about where they might lead in the future. I do wish that he/she would show the beginnings of those plot points rather than narrating them. It isn't enough of an issue for me to take off points, but it would be nice.

I do like the style of the writing and the pacing. I don't really have much else to say apart from that. It's just an enjoyable style, though it might be a bit slower for some in the beginning. In the later chapters, 20 and up it picks up slightly.

Grammar wise the story is decent, there are a couple here and there but not enough to really pull you out of the story unless you're very particular about those kinds of things. If you are then I would just suggest you write it to the author he seems to make corrections when he can. My grammar isn't all that good either so I can't really complain. So overall, not the best grammar-wise but not horrible as well.

When it comes to the characters I must say that I like them so far. The mc is interesting and the author tries to make him a complex character but he does sometimes fall a bit short in my opinion. It doesn't happen often enough to be an issue and he seems to be improving in that aspect. The supporting characters play the roles that they are supposed to and do so pretty well. There's not too much of a deep dive into them but that's the nature of the story. It isn't something that detracts in the slightest in my opinion.

Do keep in my mind that this my opinion.

The story has one of the most unique starts I have ever read. It's set in a way that gives the MC a lot of power with high stakes. The rules are well established making it easy to understand the stakes and thought process of the characters.

Style: The text well written and easy to consume making for an engaging read. The one thing that puts me off is the amount of narrative. There are two or three continuous chapters without a single dialogue. While explaining the world is all well and good, too much narrative makes reading it a bit tedious.

Story: As I've mentioned, the story has a unique start with a lot of potential. From the very first chapter, the author displays the high stakes and expands on the concept. There are a lot of powers introduced in the initial chapter, but the explanation is a bit lax. Since it's still in the initial stages, I believe there'll be better explanations as the story progresses.

Grammar: There are a few mistakes, but nothing that will disrupt you from reading.

Character: The design of the character itself is very interesting. The MC has a deadly disease giving him a somewhat careless and dismissive attitude. There are some personality inconsistencies that put me off, but overall, he tends to act in a similar way during the entire story.

This is a great story with unrefined parts to it. It is good, but it can be much better.

fun, I like the chaos, the order, the plans made by the main character, the character death, the character interaction. I like it you might enjoy it too I don't know, I just like it because i would do the same kinda things if I got god-like power.

Reviewed at: Chapter 4: Adjustments were made.

The concepts presented are very interesting. A depressed man on death's door is granted the godlike power to create realities, which he must adventure in to survive.

This story has style, if little else. The aesthetics of the protagonist’s power are just cool. The references to other works add to the style score.

Our protagonist seems like a morally challenged person, as can be expected of a story with the "Grimdark" tag.

The "creation myth" of chapter three is a good look into his interests and morality.He creates a black void filled with fog and a room covered in tortured faces. When given free reign to make a universe, he makes a one of evil-ish gods and horrific war.

He comes off as edgy in a way somewhat justified by his deadly disease. Beyond that some of the characterisation seems a bit inconsistent.

The power system seems fun and interesting, though we haven't seen much of it yet and it isn't well explained.

Random punctuation and grammar mistakes plague this story. The author seems to forget details of scenes like the colours of objects and the names of abilities characters have. The dialog feels out of place and stilted next to the narration. The pace is a bit meandering, as is befitting of a depressed viewpoint character.