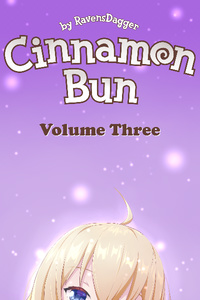 Remove Ads
Previous Chapter
Next Chapter
A note from RavensDagger

Part one is here!

DRAMATIS PERSONAE:
Candle, a girl who definitely has a soul and might be part-dragon
Enjoys: flying, her friends staying alive, chocolate.
Dislikes: Undead, necromancers, cold iron.

Evelia: Goes by Eve.
Is on a Legendary quest for a loaf of bread; cannot complete it. Her main skill set includes running fast, hitting things hard, and witty banter.
Enjoys: Strawberry scones, exp, fancy dresses--not that she ever gets a chance to wear them, ale, banter, puns
Dislikes: Poppyseeds, falling on her face, illusion magic, the stench of cities, puns

Broccoli: a good-natured battle bunny.
Enjoys: making all the friends, seeing them grow, and go on adventures together!
Dislikes: bad things!

They had all gathered in the Champion of Evil’s not-so-very-evil dining room, which was by dint of convenience, only a room or two away from the kitchens.

“These are the rules,” Eve said. The two champions are charged with baking six things each! Ilea has volunteered to act as the oven, though that is the only assistance she will provide. Each of you is charged with cooking the following!”

Across from Eve, on a pair of cheap fold-out chairs, were the two champions. Maximilian, who was making the chair look good, and Larry, who sat on his hands.

Eve gestured to Ariane who sighed and pulled up a set of cue-cards, each one with a scribble or ornately written item upon it. “Chocolate cake,” she began. The girls nodded. A sensible option. Arianne set the card down. “Blood cake.”

That, of course, sparked off the debate. “That’s not a kind of cake I’m familiar with,” Eve muttered.

“I’m not too sure I like the idea of that one,” Broccoli added. “I’m more of a vegetarian.”

Ariane cleared her throat and glared at the others as she very pointedly set the card down. “Carrot Cake,” she said as she read the next card.

“A... mango,” Arianne said. She looked up, eyes locking onto Elaine who blinked back. “A mango is not a cake.”

“It could be, if you try hard enough,” Elaine said.

“It doesn’t say mango cake though, does it. Just ‘a mango,’” Ilea said. She said it very smugly indeed.

Elaine nodded. “That’s what I wrote.”

“Spoilsport,” Elaine muttered. In truth she didn’t seem all that upset.

The vampire flipped up the next card and tilted her head to the side. “Poison cake?”

“Are you trying to poison people, Miss Ilea?” Broccoli asked. “I was poisoned once. It was awful.”

The ashen warrior shrugged. “I’ll have your slice then.”

Arianne shook her head and tossed the card down. “I don’t even care anymore. Last but not least... bread.”

“Any kind,” Eve added. “Even something bread-adjacent. A loaf. I’ll take anything, really.”

With an elegant sweep, Arianne picked up the cards, tapped them edge-first on the table, then gestured to the two champions. “Well? What are you waiting for? Get to it.”

The boys paused, stared at each other, then bolted for the kitchens.

“I really do want to think the best of people,” Broccoli said. “But is there anything we can do to make sure they don’t cheat?”

“So, what do we do while they’re making my bread? Ah, I mean, the cakes. The baking,” Eve said.

“We could clean this place up,” Broccoli suggested. “It’s a bit messy, and it would be a nice gesture to do since they are cooking for us.”

Broccoli clapped. “So, if not cleaning, then something else! What do you do when you have a few hours to waste, Miss Illea? Group activities, I mean.”

Broccoli blinked, her ears twitched and she turned to Ariane. “So, if not cleaning, then something else! What do you do when you have a few hours to waste, Miss Ariane? Group activities, I mean.”

Ariane nodded. “I enjoy a spot of hunting, but I don’t suppose that’s entirely applicable here. I paint,” she said. “It’s an older hobby of mine. Very calming.”

“I suppose I could create a group portrait,” Ariane said. “I would need canvas and paints, of course, as well as...”

Ilea gestured, and a whole host of painting supplies landed on the table. Brushes and little squeeze-bottles of oil and a couple of pallets. “Oh, and this,” Ilea said as a canvas appeared and was immediately grabbed--on the edges--by some ashy tentacles.

“That would work, yes,” Ariane said.

Setting things up took a moment, but soon all the girls--Ariane obviously excluded--were bunched together on a few seats, some standing, others hunched at the back to fit within Ariane’s ‘frame.’

“Move your ears please,” Ariane said. “Yes, now you, dragon girl, to the right. No, the other right. No, not that one, the other-other right. Good. Ilea, smile... no, that’s not a good smile. Yes, there is such a thing as a good smile, and yours isn’t one. Eve, stop looking towards the kitchen so much. Right, now don’t move for one to two hours please.”

Time passes, as it usually tends to do. The girls fidgeted, and after a moment, discovered that they could talk without Arianne levelling a vampiric glare upon them. The conversation was hardly very intelligent. Mostly it centred around chocolate, the scarcity of bread, how best to make friends, how to meet cute boys, and whether the Bechdel Test was a valid measure of things.

“I’m done,” Ariane said. She carefully lifted the canvas, grabbing it from the clamps holding it to her aisle and turning it around.

“We can play shortest-stick for it,” Broccoli suggested.

“I’ll abstain,” Candle said. “You keep it, Ariane, your Ancestors will love it."

“Likewise,” Elaine said. “Though, not for the same reason.”

“I wouldn’t know what to do with it,” Eve said with a shrug.

The discussion was interrupted as the doors leading to the kitchen opened and the two champions walked in, each pushing a cart ahead of them. They were both a little sweaty, though Maximillian was more ‘supermodel on a set’ sweaty as opposed to Larry’s ‘middle-class guy who’s had a long day’ sort of sweaty.

On their wheeled trolleys were six dishes each, all of them under little silver domes.

“Well well, you took your time,” Ariane said as she started to wipe her hands with a rag. Broccoli snuck up and poked the paint stains away, earning her some confused blinking from the vampire.

“Larry didn’t try to cheat,” Ilea said. “Max here didn’t stop trying to cheat. Though he kept getting sneakier about it every time I caught him, so props for that.”

The two champions looked to each other, and some sort of communication passed between them. An understanding, some bro-code agreement. They might have been fated to fight or something, but they weren’t fated to deal with all of the mad women gathered before them.

“It needs to be fair,” Broccoli added.

Ilea sighed, The domes appeared on the dining room table, each with a letter scribbled onto their side in burning ash. “There. Now you don’t know who’s cake and or bread is from who.”

“But you know,” Arianne said.

Elaine shook her head. “I don’t care enough to poke at that. Where do we start?”

The girls walked over to the far end of the table, and they flipped over the domes to reveal a pair of rather sloppily made chocolate cakes. One looked like a bloated brown frog that had been stepped on, the other like a cow patty someone had assaulted with a trowel.

“Wow,” Broccoli said. Her jaw worked as she searched for something to say. “Lots of effort, that’s commendable, right?”

“I don’t mind the looks, I wanna taste them,” Candle said. She was practically shaking at the look of them.

Plates were obtained, and the cakes were cut into slices.

“Don’t eat too much,” Ilea said as she failed to follow her own advice. “There’s five more after this.”

“They’re both disgusting,” Ariane said after a nibble.

“They both taste like, um, lots of love were put into them. And stress. Mostly stress,” Broccoli said.

Elaine and Eve took a few nibbles, then passed their plates on to Candle who devoured the leftovers.

Votes were tallied, and they came up even, with Candle voting for both, and Arianne voting for neither.

The boys off to the side were standing a little closer, muttering to each other as they watched the contest progress.

The carrot cake was next, and it met with similar results. Both cakes were aggressively mediocre. They weren’t over or undercooked, but they weren’t perfectly cooked. The carrot bits weren’t too big so as to be bad, but they could have been smaller. The icing wasn’t too sweet, but it was also not sweet enough.

It was the carrot-cake equivalent of a gas-station sandwich.

The scores ended up even again, with another abstain and Elaine declaring them both too bland to be worth eating.

“Finally!” Ariane said as she pulled the domes off the next cakes.

Everyone stared, and even Ariane looked a bit squeamish.

“I had to gut a chicken,” Maximilian said.

“No,” Ariane said as she lowered the dome.

The next domes rose, and within were some perfectly ordinary looking cakes.

Ilea nodded. “Yeah. Want to work on your poison resistance? I’ll heal you.”

The cakes, according to Ilea, were alright. A little bland, and she’d had better, but not the worse she’d eaten. The poison in both was a disappointment though, she informed the white-faced young men. Arsenic and rat poison and scrapped-off bits of mold did not good poison make.

The next domes were lifted, and Elaine cheered. “Mangoes!”

The girl swiped both of them, grinned, then paused and had the good decency to look a bit embarrassed. “Do you want one?”

“You can have it,” Candle said and Broccoli nodded.

“I thought we asked for mango cake,” Ariane asked.

“There wasn’t a recipe for that,” Larry replied.

Maximilian gave a very manly, very handsome and somewhat evil shrug. “You wanted us to bake six things in an hour and a half. Neither of us are bakers. I think we did quite well, all things considered.”

Ariane huffed, but there was nothing to it.

“We should move on,” Eve insisted. She shook as she reached out and plucked the domes off the final baked goods. 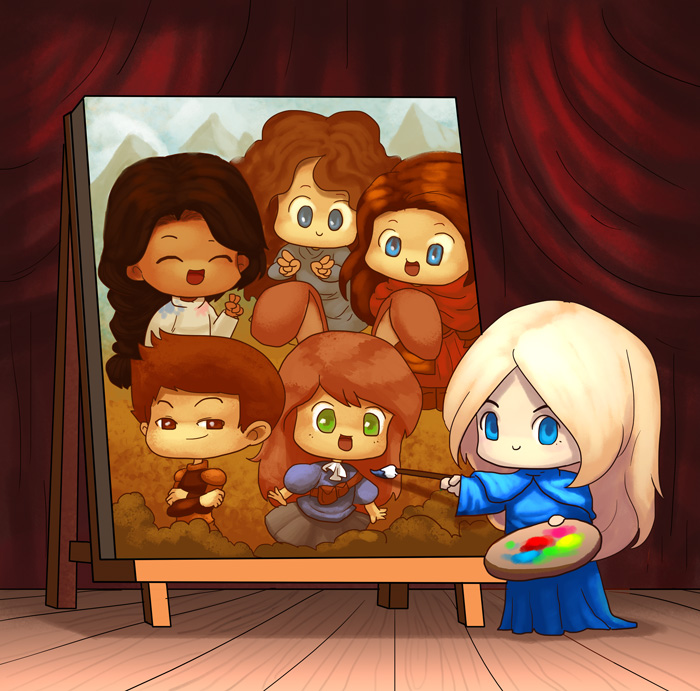