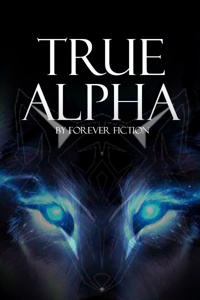 Meeting a new friend, To To

After the death of my family, news spread like wild fire among the villagers, they all did come to find me but what was the use of it, my only family was dead because nobody came to their rescue on time.

My life had become a living hell. I tried my best to cope up with the emptiness and the despair, but as time went by, I slowly found out the harsh reality. Nobody would care for me, there was no one who would make food for me, no body cared if I died or stayed healthy. Even if I had nightmares constantly, I was alone to fend it off by myself.

Things could have been worse if not for a small cottage my father had built next to the farms, a safe house he would call it. There were rations in it and some medical help, but that was it. I didn't find any money around nor clothes or other necessities.

Being an Omega I had a fragile body and that was really a big problem for me. I couldn't do heavy labor nor could I warm myself in the cold nights. Winter was along the lines and I still had no idea how I was going to survive the ordeal.

There were many nights when I thought I should just die, but then brother would be disappointed in me if I tried suicide. He gave his life away to protect his family... me. So I had to be strong for him.

Two weeks passed and I was deathly pale and very sick, barely breathing. There weren't people around who were kind enough to help me, and I also didn't want their help. They were equally responsible for my family's death.

One thing I had noticed these days were the constant glances some of the village boys threw my way whenever I went out to wash myself in the nearby stream or to just look for fruit trees. Even though I had a whole stock of grains with me, I didn't know how to cook food or how to eat it. So my feast these days were the wild berries and some local fruits growing in the forest.

The first week I had chalked it up as just some plain curiosity, they must know me since every villager around did, and they must also know that I was an orphan now. But as the second week started, I felt the intensity of their stare becoming a pain to bare, it was like they were hungry?

I didn't know why it happened but my scent as well started to become stronger, so much that I myself could smell it on me, the change was so sudden that it baffled me. However, the small detail I threw at the back of my mind, trying to focus on keeping myself alive. Each day was a struggle for me.

And today I came across a stranger, a guy older than me but younger than my parents, he was probably a beta, I could tell by his broad appearance and the sharp golden gaze. He looked at me once and just stopped in his track.

I had felt myself shiver beneath his heavy stare and knew it wasn't safe for me to be around him. But... he wasn't that threatening. His eyes were a bit... kind, reminding me of my brother.

"Ya an Omega lil one?" he asked me as I stopped trying to look subtle and escape.

He shook his head and sighed, "For a young kind ya are too bold, telling me ya an omega."

His way of speaking was so weird that I felt contradictory. I thought he was a bad guy and also a good one, because he didn't seem to be looking to harm me. He was genuinely curious for some vague reason. But his golden eyes even if kind, were piercing, and his broad shoulders gave me a fright.

"Ya in heat kid? Though ya are so young for that, something triggered it?" he asked me intrigued, while I just frowned. What was he talking about, what was heat?

He looked at me for a while and then suddenly started to laugh. Although I didn't find it funny. "W-What?"

He laughed harder, clutching his frame, but finally calmed down enough to give me a wink, "Ya lucky I am mated, or else I would have taken up on yer offer."

He sighed, staring at me again, his golden eyes widening as the seconds ticked by, "Ya serious? Ya don't know?"

I gave him a puzzled look in return. "What?"

"Ya poor I could tell by yer clothes, but do ya have any guardian around?" he asked me, finally seating himself cross legged on the ground, least bothered by the dirt.

Seeing his expensive looking golden suit and pants, I concluded that he was rich enough to afford food and also give it away if he wanted to. But he didn't look generous enough to give me free food out of nowhere. In the end we were both strangers to each other.

Also, he wore jewelry, which was fascinating but at the same time very odd for a male. Males didn't wear such feminine things.

When I told him that, he whistled, a sly smirk spreading across his face. "Ya offering yerself to me again?"

"Let me tell ya something kid," he started, patting the ground next to him in the middle of the walkway. I took it as a sign that he wanted me to sit there, so after a little hesitation I did. Then he continued, "I think ya should not tell strangers that ya are an omega. Know why?"

I shook my head, "Because omegas are lower class of wolves, they are hunted and not treated well. And above that ya are in heat, ya dunce head should never even leave the premises of yer dwelling if ye want to survive this world."

"It is a period of time when ya feel horn- I mean when ya want to do stuff and people get attracted to ya for yer scent and boot- I mean yer body and stuff."

I nodded, trying to understand him to the best of my ability. "Is that why many village boys were staring at me?"

He hummed, "Definitely, and ya should stay away from them. Yer scent is too strong for them to just ignore, they will try to harm ya."

"When will this get over?"

"Ya have a safe place or something?"

"Alright kid, no need to panic so much, just breath."

I did as I were told, and my rapidly pacing heart settled to a much slower rhythmic beat. "I can't stay hidden, I pick fruits everyday, I need to bath too."

"It's survival of the fittest kid, and since yer an omega, yer scent will be strong even when yer not in yer heat. Has anybody ever tried to touch ya inappropriately?"

I tried to think back and remembered this one time when my brother had to pry a guy off of me when he started to sniff at me strangely. Since then my brother always stuck around whenever I tried to sneak out to play.

Then it suddenly clicked, he was always glaring around randomly as if fending off people. Was that why he was always tense around me?

"Take it from me, ya are going to continue to attract that much attention just for yer scent, so be wise and get strong. Ya live alone right."

I nodded at him. And he smiled a boxy one, his perfect teeth showing through. "How bout I help ya with this little training, ya can be tough and shit- shit, sorry ya are still underage- ah, never mind me. I am Toga, ya can call me To To."

He grinned strangely, but it was comic, "Perfect, now let's decide what ya prefer, soft guidance or a harsh one."

"Harsh one?" I wasn't sure if I was asking or answering.

Yet he looked surprised by my choice, "Ya want an harsh one? Ya head alright?"

I just nodded to him. He was so jumpy, making me confused with the sudden change of topic.

He shrugged, "I will come back in a week, survive till then. Take it as a test, I will just guide ya and leave, ya have to train yerself after that."

"W-Why are you helping me mister?"

He just grinned again, "My hobby is to help fucked up- I mean... depressed people, and kick their ass- I mean their bodies into gear."

"You c-curse a lot mister."

I nodded as he got up and started to leave, I really wanted him to stay, he was so kind to me, guiding me, I wanted some company, but I knew it was not good to attach myself to some stranger, so I just let him go. He reminded me of that wolf, his aura was the same threatening one, but strangely very calming. Well... the wolf was a completely different league, why was I even comparing.