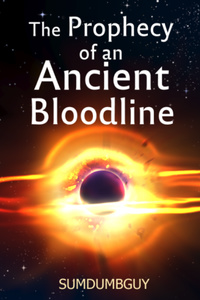 The Prophecy of an Ancient Bloodline

The tale of a legendarily weak and ancient race, cursed by the gods, and barely surviving against all odds.  Their numbers reduced to but a handful. Even so, all hope is not yet lost.

Myths passed from generation to generation, the long-desired appointed time: the appearance of the chosen.

Will they receive salvation?

Release schedule: Not sure anymore.

Note: After chapter 27 there are minor harem/romance elements. They don't last long either though.

This story is ONLY published on royalroad.com.

Not what I thought it was, better.

Reviewed at: Chapter 14: A Heavy Price

I will not do an advanced review (even if this story is more than worthy of one) because i have not the ability to discern nor Grammar nor Style.

What I've come to say is that this story is worth reading, maybe the first few chapters won't call to you, but by the 5th you will be hooked. It is worth giving a chance, so do. Please.

And if you end up disliking it, at least leave a review so the author can improve on what you thought to be failing.

Reviewed at: Chapter 9: The Harsh Truth

A LitRPG from an author who hasn't done the genre before, but does it very well. I love the banter between the main character and the system, it has that fun 'two people living in the same head' vibe. System has actual personality.

Grammar can be a little spotty, but the author's getting better, and they're rewriting and editing earlier chapters as well.

Reviewed at: Chapter 45: One Step Forward

I have had a lot of fun reading this.

Sadly somethings reek of a story not thought through, such as being impossible to tell how much time passes between certain events, because on one hand actions are narrated to take a set amount of days, on the other hand, the story eludes to weeks that have passed during those some actions.

Furthermore, things are generally kept somewhat vague and though this leaves room for the reader to fill the void it also causes confusion from time to time. A simple example of an unexplained part is the status window operating to the LitRPG elements, which has not only has a number to indicate a stat but also features other values of that stat in different brackets, and I could not figure out what all of these mean. I think one is about a stat reduction from debuffs and the other seems to indicate a previous value.

In conclusion, a reader is required to apply themselves to this story more than should be necessary. In exchange for that, it is quite nice and I urge anyone to at least attempt it.

Reviewed at: Chapter 6: The Expected is...Unexpected

This is an interesting story of a pregnant MC fighting for the survival of her species/clan, which relies on her own survival and that of her unborn child. The manner in which the child was conceived through magic is a driving force of mystery and hidden potential for this story, but (at least as far as I read), the child’s mother, Vivian, is no less interesting and important. Equal parts Fantasy and litRPG, there are plenty of boxes with interesting, pertinent information that give it a game type feel, but as Vivian is still getting to know this system, which she calls Sasha, it still very much a real world with monsters and other races hunting her down to avoid the prophecy of the child she caries.

There were a few awkard sentences through out, most of the time they did not interrupt the read.

As far as characters, once Vivian was on her own, the reader was quickly introduced to Sasha (the system) who is both helpful, flawed, and has a sense of humor.

There is also Isa, who I will leave you to meet, who quickly becomes a favorite.

Overall the pace, while slow, is entertaining enough to hold my interest. I like that the protagonist, Vivian, wasn’t some throw away “Mother of the Chosen One” which is what it feels like this child could become. I like her logic, reasoning, that she can still panic but is also just as likely to fight tooth and nail to keep herself and her baby alive.

So if you don’t mind a slow pace, with a “surviving on your own against the whole world and monsters while pregnant” spin to litRPG, this story might just be worth checking out.

The boxes are also pretty to look at 😉

A philosophical battle disguised as a LitRPG?!

Reviewed at: Chapter 18: A Threat in the City

Overall 5/5 - It’s not perfect, but the author is definitely doing his best to make it so, and I definitely appreciate the effort he’s put in.

Style 5/5 - Standard 3rd person POV at the start, it doesn’t do anything new, and follows the pregnant Vivian as she tries to survive in this mysterious forest. But, a few chapters in, another MC is introduced, and the dynamic between them is something every reader should look forward to reading!

Grammar 4.5/5 - The grammar is well done, it wasn’t flawless, but mistakes pop up only once or twice every half-dozen chapters, I can tell that a lot of work was put into editing it and I applaud the author for it.

Character 5/5 - I have to say, that at the start, the six characters introduced were a bit interchangeable, except for the little girl, she’s cool. The author mentioned a few quirks and traits they had, but it’s never really relevant, and the adults among the side characters just become a bit of a blur. However, as soon as this is brought up, the author strove to fix it, I can now differentiate between the adults, and they now have their mini-growth arc. And in doing that, flavor is added into each individual character, even throwaway characters feel rather alive in this story.

I mentioned that a ‘secondary’ MC is introduced in the Style portion of the review, and well, I can’t wait for him to fully take the reins of the story! There is a certain interesting philosophical clash between the two, and I have to say, I didn’t really expect such an insightful read when I started this story. Their contrasting beliefs really do make for an intense page turner!

Story 5/5 - What makes the characters great very much affects the story, the first half of it was a pretty straightforward introductory arc, it sets up the world well, and sets up a capable and intelligent MC.

Afterwards, the secondary MC is introduced, and it is their conflicting ideology that turns a typical fantasy story into quite a compelling saga of colliding morals and a dynamic MC. Honestly, I can’t wait to follow along as the secondary MC takes over the reins completely, but at the same time, I don’t want anything to happen to the current one! But well, no matter which way this author decides to take this novel, I’ll be waiting to read it!