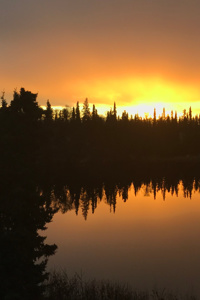 Typing Back At Carpal Tunnel

Death isn’t always the end, and sometimes we mistake it for a short nap at the end of a very long, and very stressful day.

A frontier village was unnecessarily put to the sword. A father stoked the fires of war to punish an errant daughter, and perhaps set her straight, but as often happens when fire is applied in a measure too much: it can get rather out of hand.

Nobody was supposed to die that day… but the village burned all the same, and the woman she loved was among the dead! Enraged, and seized with inspiration, she became something new, something stronger, and she will have her revenge!

Typing Back At Carpal Tunnel

Amazing so far, hope it gets even better

Reviewed at: Chapter 4: Wherein A Frank Discussion Is Rudely Interrupted

A so far wonderfully written piece, you can very clearly see and feel our MC’s emotions and slight insanity. The majority of what has happened so far has been an inward reflection of her wrapping her head around her own circumstances and the author beautifully mixing her own realizations with world building and character development to fill in the audience without having big text blocks telling you of the world and it’s people. If you don’t like emotionality and more inward focused story then this may not be for you, but the story could change a bit on perspective and I expect it to as she grows more accustomed to herself and we get to focus more on the outside world and plot. Or maybe not, either way their is noting to complain about in grammar, the flow can be disorienting due to the fact that our MC is an unreliable narrator so we follow and whip around to whatever she has conjured up so far, but not in such a bad way to make it unenjoyable. All in all o very much look forward to where the story is going to go and how much further the MC learns of themselves and what they are capable of.